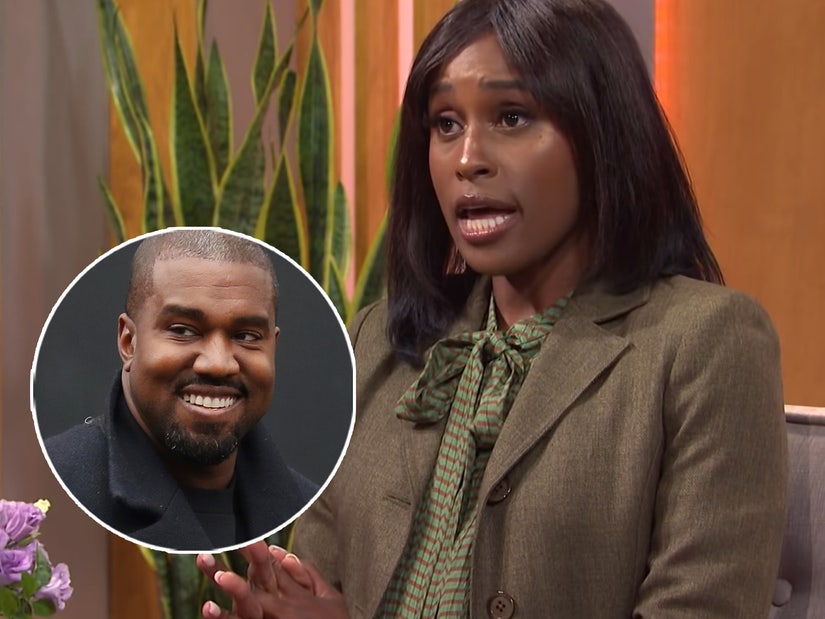 In a skit, Rae said she was voting for "everybody Black" ... well, almost everybody.

Kanye West clearly caught some of "Saturday Night Live" this weekend and he wasn't too thrilled with at least one joke at his expense.

During a sketch called "Your Voice Chicago," host Issa Rae appeared on a made-up talk how playing lead counsel for Chicago's NAACP -- and sounded off on the local candidates for the upcoming election.

"I'm voting for everybody Black," Rae's character explained. "For too long, our people's voices have not been heard. It's our duty to stand together and take our power back."

From there, Kenan Thompson's anchor and his two guests went through a list of candidates, with Rae showing support for all the Black people, even if they were severely unqualified. The sketch ended with Thompson saying they'd be talking about the presidential candidates after a commercial break.

At the mention of West's name, Rae shouted, "Kanye? F him!" as the skit ended.

On Sunday morning, West made it known he had seen the shoutout, criticizing "SNL" and sending prayers to Rae and her family.

Ive always said SNL uses black people to hold other black people back My heart goes out to Issa Rae I’m praying for her and her family I know that the twenty years of service that I’ve paid in the entertainment field has furthered our ability to be more successful pic.twitter.com/kExwUVVsqv

"I've always said SNL uses black people to hold other black people back," he tweeted. "My heart goes out to Issa Rae. I'm praying for her and her family. I know that the twenty years of service that I've paid in the entertainment field has furthered our ability to be more successful."

For some reason, he shared a screenshot of a Google search in Spanish for Rae on his phone along with his tweet.

West slammed "SNL" back in his 2010 single "Power," in which he sings, "F--k SNL and the whole cast. Tell 'em Yeezy said they can kiss my whole ass." He has appeared on the show since and famously wore a "Make America Great Again" hat before going on a pro-Trump rant during a 2018 appearance.

Rae has yet to respond publicly to West's tweet.