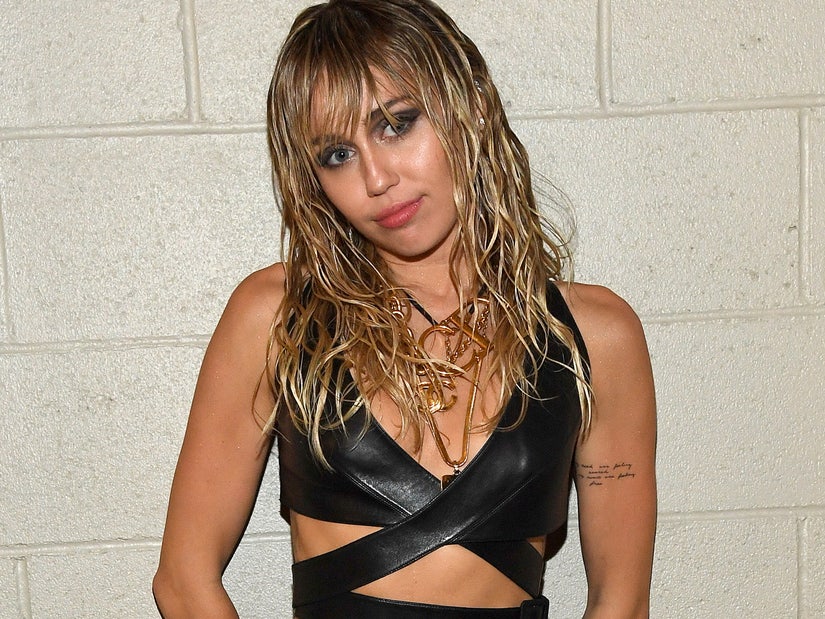 "The best way to describe it is a flying snowplow. It had this big plow in the front of it and was glowing yellow."

Miley Cyrus had an out this world experience that left her shook.

During a chat with Rick Owens for "Interview" on Monday, the pop star, 27, opened up about her belief in alien life forms after claiming she experienced a run-in with some of them. 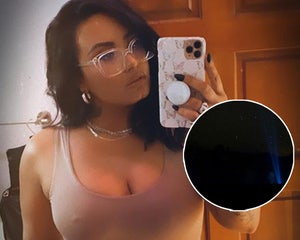 "I was driving through San Bernardino with my friend, and I got chased down by some sort of UFO," the "Midnight Sky" singer claimed. "I'm pretty sure about what I saw, but I'd also bought weed wax from a guy in a van in front of a taco shop, so it could have been the weed wax."

"But the best way to describe it is a flying snowplow," she continued. "It had this big plow in the front of it and was glowing yellow. I did see it flying, and my friend saw it, too. There were a couple of other cars on the road and they also stopped to look, so I think what I saw was real."

Although the former Disney star said she "couldn't really look at the sky the same" afterwards because she thought "they might come back," Miley revealed she didn't sense any danger during the extraterrestrial incident.

"I didn't feel threatened at all, actually, but I did see a being sitting in the front of the flying object. It looked at me and we made eye contact," she reported. "And I think that's what really shook me, looking into the eyes of something that I couldn’t quite wrap my head around."

Miley and Rick wrapped up their conversation by both agreeing that thinking "we’re the only things that could be in this vast universe" is a form of "narcissism."

"It seems a little arrogant to assume there’s nobody else but us," confessed Rick.

Meanwhile, Miley wasn't the only pop superstar admitting to having a close encounter.

Over the weekend, Demi Lovato took to her Instagram to describe her trip to the desert that resulted in making contact with aliens as well.

"Over the past couple months I have dug deep into the science of consciousness and experienced not only peace and serenity like I've never known but I also have witnessed the most incredibly profound sightings both in the sky as well as feet away from me," she wrote.

She then encouraged fans to help bring awareness to the controversial issue.

"If we were to get 1% of the population to meditate and make contact, we would force our governments to acknowledge the truth about extraterrestrial life among us and change our destructive habits destroying our planet."

She added, "This is just some of the evidence from under the stars in the desert sky that can no longer be ignored and must be shared immediately."

While she didn't divulge much detail about her alien rendezvous, the "Commander in Chief" singer prompted followers to give it a try themselves and "connect to life form beyond our planet" with the help of an app.

"(Ps, if it doesn’t happen on the first try - keep trying - it took me several sessions to tap into a deep enough level of meditation to make contact!) Happy communicating 💞🙏🏼," she ended her message.