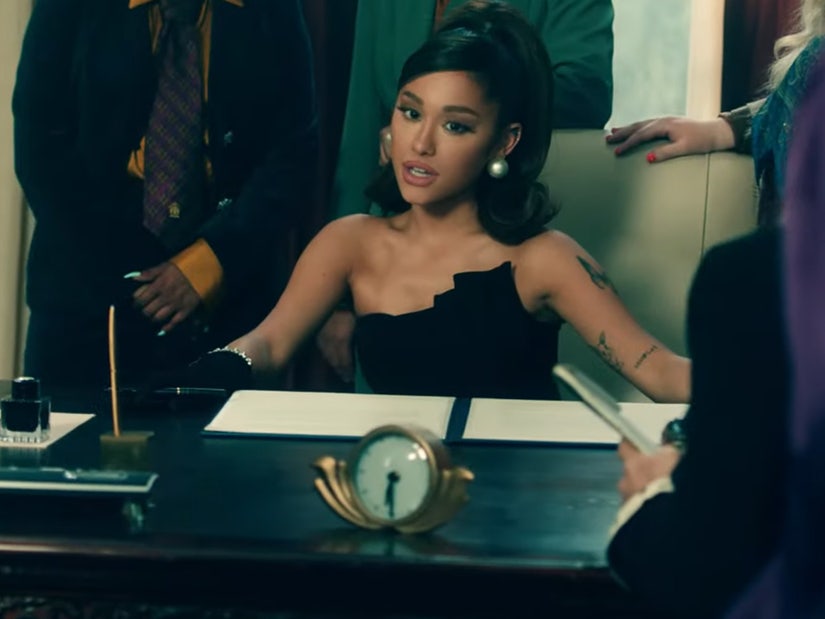 Grande's latest has everyone talking.

Ariana Grande is the leader of the free world in the new music video for "Positions."

The singer dropped both the song and its accompany visual -- directed by David Meyers -- on Friday morning.

In it, she plays the President, presiding over a largely-female administration. In other scenes, she's seen in the kitchen and bedroom, as she sings about doing anything her significant other wants.

"Switching the positions for you / Cooking in the kitchen and I'm in the bedroom / I'm in the Olympics, way I'm jumping through hoops," she sings. "Know my love infinite, nothing I wouldn't do / That I won't do, switching for you."

It's the lyrics at the top of the track that have people talking, as she begins, "Heaven sent you to me / I'm just hoping I don't repeat history."

Seems innocuous at first, but some of her fans have pointed out the pause in between "re" and "peat" -- or Pete, as in former fiancé Pete Davidson.

"heaven sent you to me" sounds VERY familiar to "fell from the sky into my lap" and she follows it up with "i'm just hoping i don't re....PETE history" HER MIND 😭😭😭😭 we are so slow

okay but the way ariana splits up the word 'repeat'
i don't wanna re ... peat history

“Heaven sent you to me.
I'm just hoping I don't repeat history.”

The "Saturday Night Live" star and "Thank U, Next" singer became engaged in June 2018 after only a few weeks of dating. However, the former couple split the following October.

"Positions" is the first single from Ariana's upcoming, still-untitled album, due out on October 30.