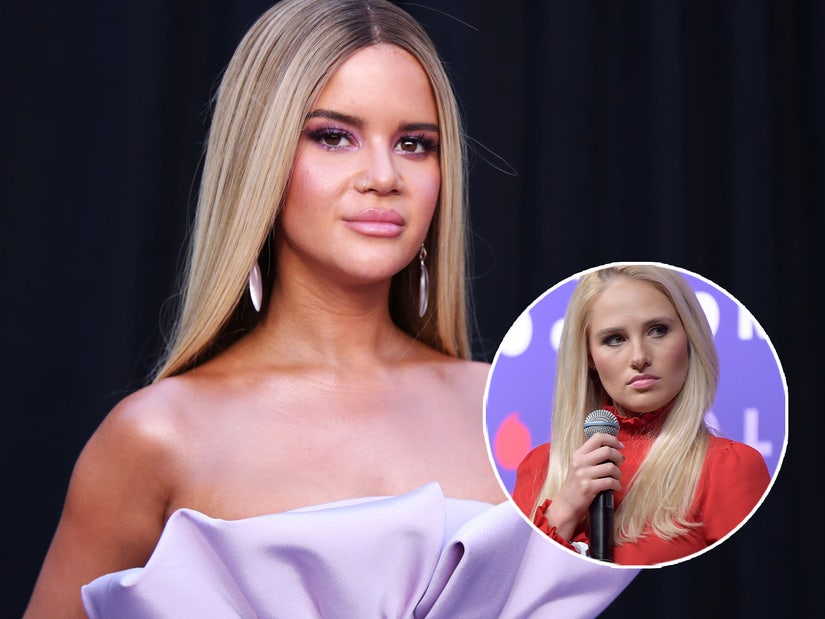 The country music star, 30, took to her social media account to slam Tomi Lahren after the conservative TV personality reacted to Donald Trump being questioned about his administration's immigration policies.

Tomi, this is fucking cruel. Even for you.

The debate moderator, Kristen Welker, asked Trump if he had a plan to locate the parents of over 500 migrant children after they were separated at the Mexico-United States border, to which Trump replied, "Yes, we're trying very hard."

Three minutes later, the "Drunk Girls Don't Cry" singer wrote, "Tomi, this is f--king cruel. Even for you."

Some fans supported Morris, as one posted, "Thank you @MarrenMorris... this goes beyond," while others disagreed, with a follower writing, "Well what in the world do you propose??????? Let them come illegally????"

Y’all, I have never been asked to speak at anything, only perform. This Sunday, I am speaking to my country.

I’m joining an incredible group of performers for a concert to support @JoeBiden, @KamalaHarris and Democrats down the ballot. Reserve your spot: https://t.co/fSOT3XQRdx pic.twitter.com/zJlanX4X7L

But the critic that had Morris firing up her keyboard again was the one that shared a clip of Miley Cyrus as Hannah Montana blowing a kiss and waving goodbye with the caption, "@MarenMorris @ the trump supporters unfollowing her."

The Grammy winner kept it short and sweet with, "BYE BITCH."

If it wasn't apparent who Morris was favoring for the election after the heated exchange, the songwriter gave a hint just a few hours earlier when she shared an announcement for a Democratic benefit concert.

"Ya'll, I have never been asked to speak at anything, only perform," she began. "This Sunday, I am speaking to my country. I'm joining an incredible group of performers for a concert to support @JoeBiden, @KamalaHarris and Democrats down the ballot. Reserve your spot: http://joebiden.com/concert"