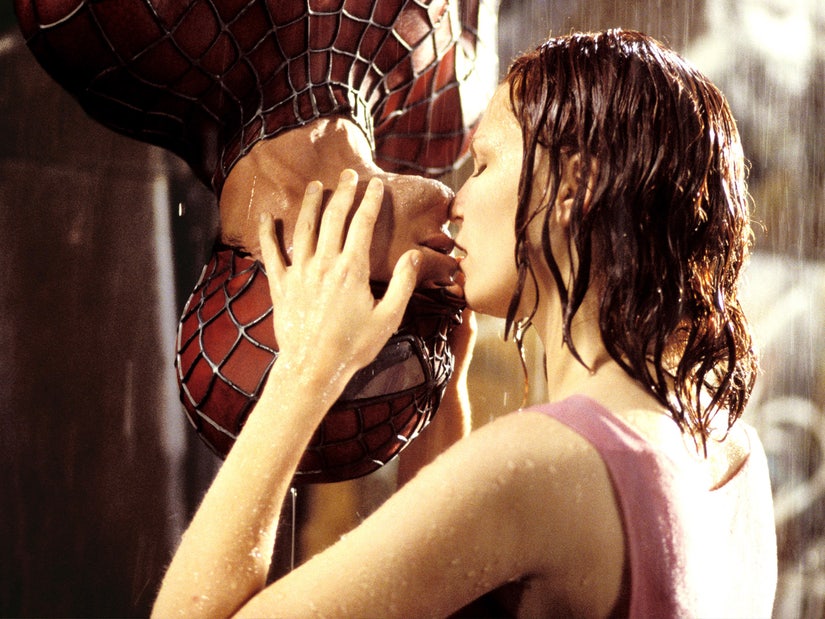 "It wasn't appealing...it wasn't pleasant," Reese Witherspoon said of one of her on-screen hookups.

Romances on the big screen aren't always what they seem! Even though actors who play love interests on-screen are pretty convincing, things behind-the-scenes can get a little awkward -- especially when it comes to kissing.

And it's no surprise that love scenes can be a challenge! With cameras rolling and crew watching nearby, things go from an intimate moment to very strange extremely quickly. Adding in lack of chemistry, nerves, or plain old bad breath, it can be almost comical!

Celebs like Reese Witherspoon, Selena Gomez and Emma Watson have all dished on their worst on-screen kisses and have some funny stories to go along.

Find out what these actors and others had to say about their worst on-screen kisses...

Kate Hudson may have had a lot of great on screen love interests, but when it came to kissing them, she said the circumstances were never great. That especially rings true for her kiss with Matthew McConaughey in "Fool's Gold."

"The thing is, every time I kiss McConaughey, it's like, I mean, it's like there's just something happening and there's like snot or wind, or things are just... like when we were kissing in the end of 'Fool's Gold,' we're like, in the ocean, we like, had the plane crash. He just had snot all over his face," Kate said on Gwyneth Paltrow's "Goop" podcast.

Gwyneth Paltrow dished that kissing Robert Downey Jr. in "Iron Man" was terrible because it felt like she was kissing a sibling.

"With Robert, like when I kissed him, I was like, 'You've got to be kidding me.' This is literally like kissing my brother," Gwyneth explained on her podcast.

Selena Gomez called her on-camera kiss with Dylan Sprouse "one of the worst days" of her life! When Selena was just 12-years-old, she guest starred on "The Suite Life of Zack & Cody" and had to lock lips with Dylan which was awkward because she’d never been kissed before and she had a huge crush on his brother Cole.

"I actually leaned in to kiss him, and I had my eyes closed a little too early, and I ended up missing like half of his lip. It ended up being the most awkward kiss in the world. But I was 12, so it was okay," Selena told Tiger Beat.

Emma Watson revealed that kissing her "Harry Potter" co-star Rupert Grint was an "awkward" experience, especially since they’d known each other since they were preteens. She explained that she was so caught up in what she was supposed to do, she accidentally pounced on him.

Liam Hemsworth says that Jennifer Lawrence didn't make their "Hunger Games" kisses very easy because she would always try to prank him by having bad breath!

"Anytime I had to kiss her was pretty uncomfortable. When you look at it on the outside, it looks like a great picture. She's one of my best friends, I love her, but if we had a kissing scene, she would make a point of eating garlic or tuna fish or something that was disgusting. Right before the scene, she'd be like, 'Yeah, I ate tuna,' or 'I had garlic, and I didn't brush my teeth.' And I'd be like, 'Fantastic, I can't wait to get in there and taste it!'" Liam said on "The Tonight Show With Jimmy Fallon."

"Hunger Games" co-stars Jennifer Lawrence and Josh Hutcherson also had some trouble during the flick and both admitted that during a scene in "Catching Fire," things got a little slobbery.

"In the resuscitation there was a kiss and there was slobber, and the slobber sort of got connected to my face," Josh said during a panel San Diego Comic-Con in 2013.

Jennifer added more details, explaining, "There's all this snot coming out of my nose, and when I go to kiss Josh, it connects with his mouth." 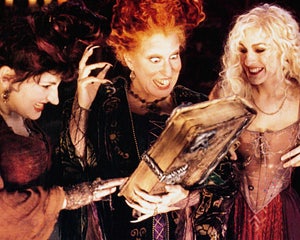 Josh Hutcherson hasn't had much luck with on-screen romance because he also said his first ever kiss was filmed for "Little Manhattan." Josh and his co-star Charlotte Ray Rosenberg shared a quick kiss, which he later called "horrible."

"It was horrible. I had a crew of, like, 50 people standing around watching me, and it was the most non-real, non-intimate [setting] that I could possibly have for my first kiss, I think," Josh told Seventeen.

"I keep saying that kissing him in that mask is like kissing a giant latex condom. It basically just smells like rubber the entire time," Morena told People.

Penn Badgley said that both his best and worst on-screen kiss was with the same person - Blake Lively! The difference? Before and after they were dating in real life!

"I'd say best...I'll say it was [Blake Lively], because we actually had a relationship at the time. And worst? Maybe Blake after we broke up," Penn said on "Watch What Happens Live."

Reese Witherspoon and Robert Pattinson were on the same page about their love scene in “Water For Elephants,” which was made awkward because Robert was very ill.

"The love scene in this, I was doing it when I had a really bad cold. I'm not generally that awkward doing stuff...But my nose is running all over the place and it was in one of the additional photography scenes, and Reese had this wig on, and literally, I was wiping my nose on her wig,” Robert told MTV.

Dane Cook said his kiss with Kate Hudson in "My Best Friend's Girl" wasn't too pleasant because she had bad breath at the time!

"Did a movie with her and I think she purposely ate a feast of onions right before the scene. I had to burn her on that one," Dane said on "Watch What Happens Live."

While Tobey Maguire and Kirsten Dunst's upside down kiss in "Spider-Man" has become an iconic part of movie history, it wasn't an enjoyable experience for him.

"I was hanging upside down, it was really late at night, it was raining, and the whole time, I had rainwater running up my nose. Then, when Kirsten rolled back the wet mask, she cut off the air completely," Tobey told Parade.

"It was her first day, it was her first scene. I had been on the set for two weeks -- it was like, 'Hey, how you doing, nice to meet you, I'm James, oh, we're going to do a kissing scene now!'" James told the "Today Show."

He also reportedly told InTouch, "It was awkward, sweaty, and not very nice."

Miles Teller's on-screen kissing scenes with Shailene Woodley in "The Spectacular Now" were less than stellar because she was taking supplements that tasted "like crap." Shailene wasn't the only one to blame for the bad kisses though as Miles noted that he also purposely ingested unpleasant things to make the kissing less enjoyable.

"I would be drinking a Gatorade right before a kissing scene. She would be like, 'Are you serious? You're gonna kiss me after that?' I was like, 'Yeah, I am.' She would take these herbal supplements, these Chinese herbal supplements, and they tasted like crap. And she would always eat them right before we had a kissing scene! We put stuff in our mouths so we could just offend each other," Miles told Vulture.