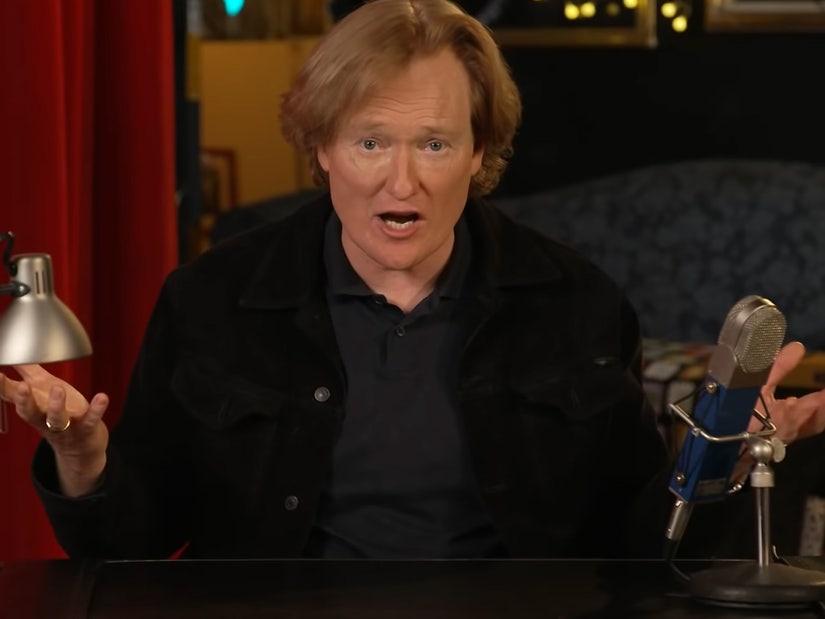 "What kind of new low is this for us?"

Conan O'Brien had quite the surprise waiting for him when he showed up to work on Monday -- his show's set had been robbed!

The late night host has been filming his show out of the Largo theater in West Hollywood amid the pandemic, his thought process being, "We thought theaters are in trouble, let's revive a theater, let's keep it going."

That move didn't seem to get him much karma though, as he said during Monday's monologue that they got to set that morning only to "find out that someone broke into our little theater and took some of our equipment. Some of the equipment we use to make the show. We got robbed, Andy, robbed!"

Andy Richter joked that the robber should have realized it was Conan's set and thought, "No, come on, he's one of the good guys" -- but that clearly didn't happen.

According to Conan, the thief stole their laptops -- which they use for Zoom interviews with guests -- and took off with their slate, or clapboard.

"They took that. That's the lowest! I can't think of anything lower ... okay, the laptops, fine. You took the slate? That's crazy," he exclaimed. "Look at us, what happened to us? This kind of shit isn't happening to other big time late night shows! No one breaks into the 'Tonight Show' and steals all their equipment. What happened to us?"

"We've become this garage band that drives around, we've got our van and we parked in an alley and someone broke in and took our amps. What is that?!" he continued. "This doesn't happen to the other talk show hosts. This would never happen to Kimmel, Fallon. What kind of new low is this for us?" 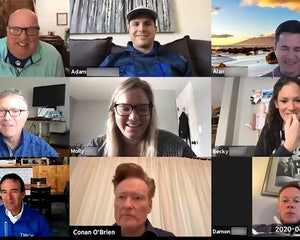 He went on to joke that their security was nothing more than "a bunch of cardboard photographs of fans from across the country" placed in what would be the studio audience. O'Brien added that, "just for the laugh alone, maybe it's worth it."

As he closed out his monologue, Conan just couldn't shake the thought of someone running off with their slate.

"What's the robber gonna do with [the slate], he's probably like, 'That's a robbery and [clap],'" he joked. "It's what 16-year-olds use to make a student film. Probably in Hollywood they're on the street, they're everywhere and they took it."

"Suddenly this show I've been working on for 27 years is a Nissan Sentra," he added. "It's a 1995 Nissan Sentra and they took the air conditioning right out of it."