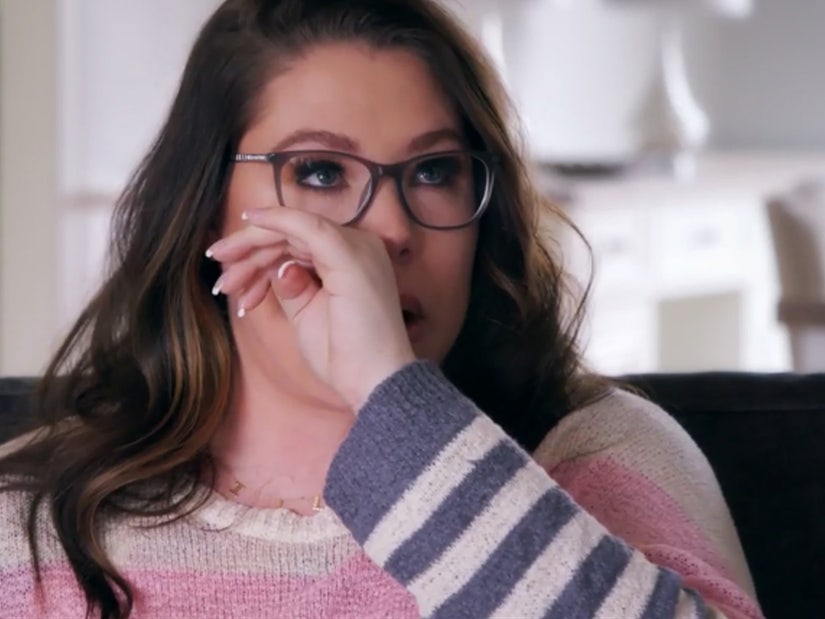 "As of right now, I have no intentions of including Chris in anything."

Kailyn Lowry revealed her second pregnancy with ex Chris Lopez on Tuesday's new episode of "Teen Mom 2" -- but it didn't feel like a celebratory moment.

When the episode began, Lowry let viewers know she was privately handling "some news involving Chris that was really hard to deal with," adding that she wasn't "ready to talk about that yet." As the hour went on, it was clear the news -- which did wind up being her pregnancy -- was taking an emotional toll on her.

“I lost myself.” 💔 @KailLowry’s boys are beginning to pick up on what’s happening in her life, and they have *a lot* of questions for her on tonight’s #TeenMom2. pic.twitter.com/OL0A5rQBln

After her boys Isaac and Lincoln tried to straighten out her love life in a conversation in which she confirmed she and Chris were done (above), Lowry began to cry in a confessional.

"I don't feel like I'm being a good mom," she said, choosing her words carefully. "I think I let certain people into my life knowing that they were toxic and I ignored a lot of red flags and I think I let them stay too long to the point where I lost myself."

After celebrating Isaac's 10th birthday, Lowry finally revealed what was bothering her with viewers.

"I was still dealing with my private issue ... except now, it's not private anymore," she explained in a voiceover. "Chris' aunt decided to post a photo of my ultrasound on social media, which obviously went viral. I haven't said anything publicly about it."

"I'm pregnant," she then confirmed in a confessional. "I have not talked to Chris. I don't talk to him. He has been in and out of jail."

"I think what has transpired over the last few months between Chris and I has just been so eye opening," she continued, starting to tear up. "I know people have a ton of questions and they're wondering how I could have gone back to someone like that and I think there's a lot to be said that I haven't really talked about in a relationship where domestic violence is there and where it's really toxic. I'm still trying to figure that stuff out."

Lopez has denied abuse claims in the past. He was reportedly arrested in January for violating a protection order.

After choking up, Lowry added, "As of right now, I have no intentions of including Chris in anything. Going into this one knowing he won't be there at all is really scary."

Lowry gave birth to her second child with Lopez, son Creed, in July. When TooFab caught up with her in August, she didn't make it seem like he was all that present a father.

"I haven't talked to Chris in awhile, so he hasn't seen Creed in a while," Lowry said at the time. "But, you know, there's always room to improve that so hopefully it improves."