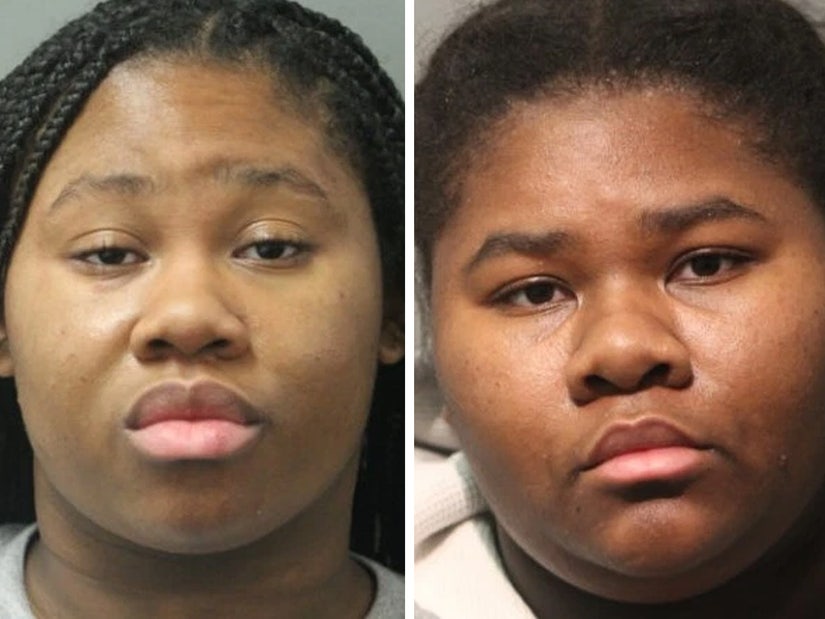 One grabbed his hair so he couldn't move, while the other knifed him in the neck and back with a hidden comb blade, prosecutors claim.

A pair of sisters have been accused of stabbing a security guard 27 times after he asked them to wear a mask.

21-year-old Jessica Hill and her 18-year-old sister Jayla face attempted murder charges after the frenzied attack at a Snipes shoe store in Chicago on Sunday.

According to the Chicago Sun-Times, the younger sister took out her cellphone and began filming the 6'5", 270-pound guard after he asked them to wear a mask and use provided hand sanitizer. 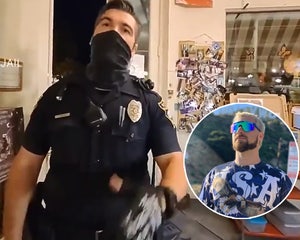 She said she was calling someone to "kick his ass", prosecutors allege, which prompted the employee to reach out and try grab her phone.

That's when the older sister picked up a trash can and smashed the 32-year-old in the face, before both siblings began punching him, which investigators claim was all captured on surveillance cameras.

Jessica then produced a "comb knife" with a hidden blade and began stabbing him in the neck, back and arms, while Jayla grabbed his hair to keep him in place, prosecutors said.

The victim and a manager are said to have begged the women to stop; when the guard eventually broke free, they allegedly continued to kick him in the head and body.

Jessica then allegedly branded him a "b---h", taunting that he'd been "f--ked up" by the two women.

Despite his multiple wounds, the guard managed to keep them in the store until police arrived and arrested them. He was then taken to hospital, but miraculously did not require surgery.

"It's the complete randomness of this. It's terrifying,” Judge Mary Marubio said on Tuesday as she ordered the siblings held without bail on attempted murder charges.

She said that while the attack may not have been pre-meditated, the "sheer number" of stab wounds prevented bail being justified.

"This is just too random and quickly escalating," she said. "I can't fashion conditions that would protect the community."

The Hill sisters, who have no criminal history, are expected back in court on November 4, the publication reported.