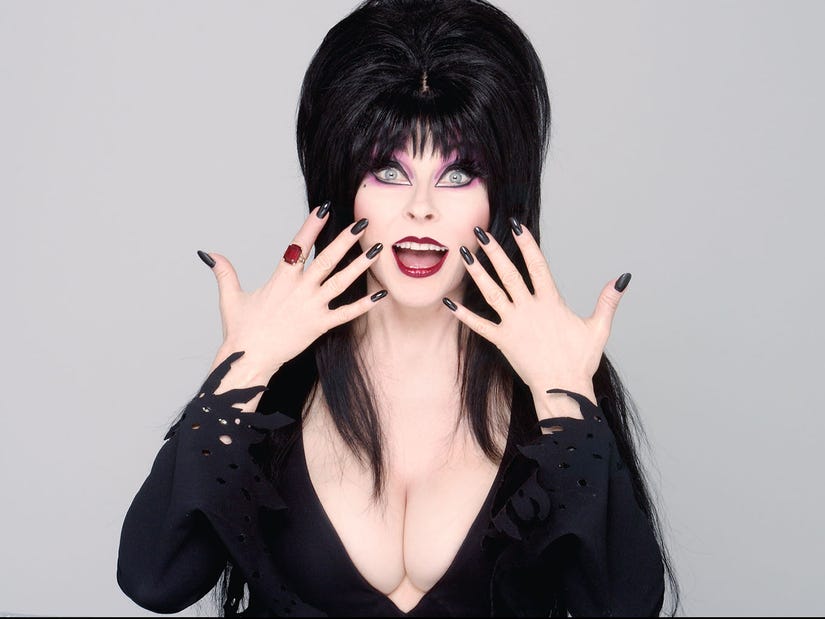 After nearly 40 years in the business as Elvira, Mistress of the Dark, she's seemingly done a little bit of everything.

She's hosted her own show, headlined two feature films, starred in comic books, appeared on pinball and slot machines, released a "coffin table book" of photos, hosted a revue at Knott's Scary Farm and even popped up in "Call of Duty." Her alter-ego Cassandra Peterson has an autobiography in the works to drop next year and is also working on a potential third, animated film. 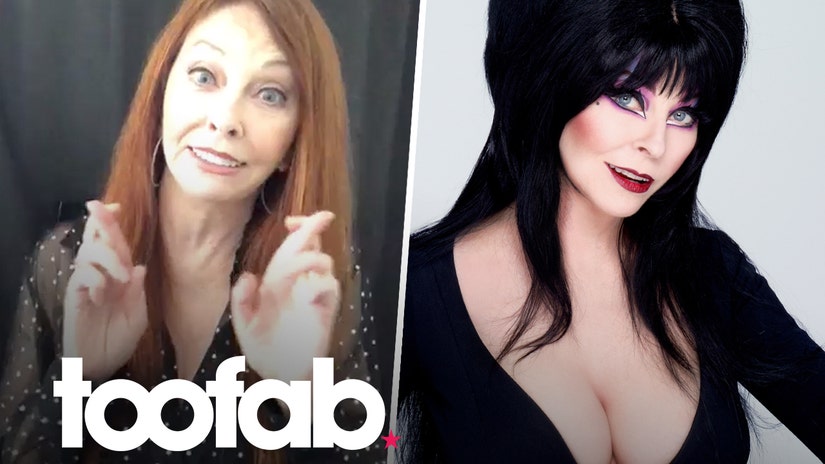 "Good lord," she told TooFab when we asked her that question ahead of Halloween. "Once this autobiography is out, I'm like, 'What else is there to do?' I don't know. Take Elvira to climb Mount Everest, perhaps? My spiked shoes would really help in the snow!"

"It feels like I've done it all," she admitted, before revealing the "ridiculous thing" she still wants to cross of the Elvira bucket list.

"It doesn't matter to anyone else but me. So, that's one thing I'd really like to get someday," she added. "I mean when I walk down that street and I see 90% of people that I've never heard of I go, 'Why don't I have one?'" 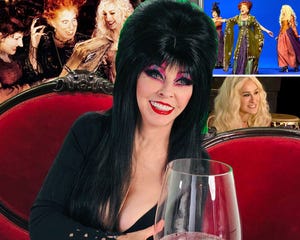 Looking back at her 39 years as the Hostess with the Mostess, Peterson said she's "more surprised" than anyone else to find herself still at it at -- and looking incredible -- at 69. While her outfit -- which manages to be both low-cut and high-cut at the same -- might not be the most forgiving getup, it's a profitable one. Peterson owns all the rights to her character, meaning she takes home a much bigger piece of the pie when it comes to merchandising. appearances and more.

While she considered gigs outside of the Elvira/Halloween space, Peterson said it just didn't make sense to pursue a career without her bouffant.

"About the first year or two I thought, hey, this is an awesome gig and I'm dressed as this wacky character, so, I can go out and get all kinds of acting stuff on my own and do pilots and do this and do that," she recalled. "And so, I checked into doing that and pilot season was always in the fall and I'd go, 'So, wait a minute, I'm getting like SAG-AFTRA minimum to do a pilot that may or may never go, and I won't be able to do Elvira for this Halloween. so my income will suddenly be cut down to like one millionth of what I would get as Elvira."

"After a while it was very clear that it was a ridiculous thing to try to go off and do something else. Owning the rights make all the difference," she added. "I figured out very quickly what side my bread was buttered on and I stuck with it, you know?" 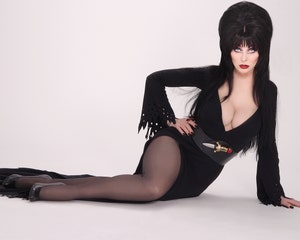 There have been hiccups through the years.

After the release of "Elvira, Mistress of the Dark," Peterson filmed a TV pilot for a series around the character. "The Elvira Show" would have starred the actress alongside Katherine Helmond as a pair of witches raising their niece together in a small town with the help of a talking cat. CBS, however, declined to pick up the pilot to series.

"I thought it was super funny, super interesting. I mean it was Katherine Helmond, who I loved. She was so wonderful and it just came together so great," said Peterson.

While the pilot was developed by CBS Entertainment's then-president Jeff Sagansky, he fell ill around pilot season and President of CBS, Inc Howard Stringer was placed in charge of pickups. "He came in, he basically looked at it and said, 'We can't have those boobs on CBS," she recalled. "And that was the end right there. Boom bang. The only thing good that came out of it, that I liked anyway, was apparently when you go back and look up CBS, the worst season they ever had was that year. All the TV shows he picked were bombs."

In addition to her autobiography, Peterson promises to go all out next year for Elvira's 40th anniversary. For now, she's staying booked for Halloween 2020.

On Friday night, she's hosting this year's Hulaween benefit featuring a "Hocus Pocus" reunion, is participating in an "Elvira's Haunted Hills" screening benefitting the Los Angeles LGBT Center, has been raising funds for a special quarantine comic book via Kickstarter, recently dropped a music video, participated in the horror doc "In Search of Darkness Part II" ... and is also, apparently, running for President.