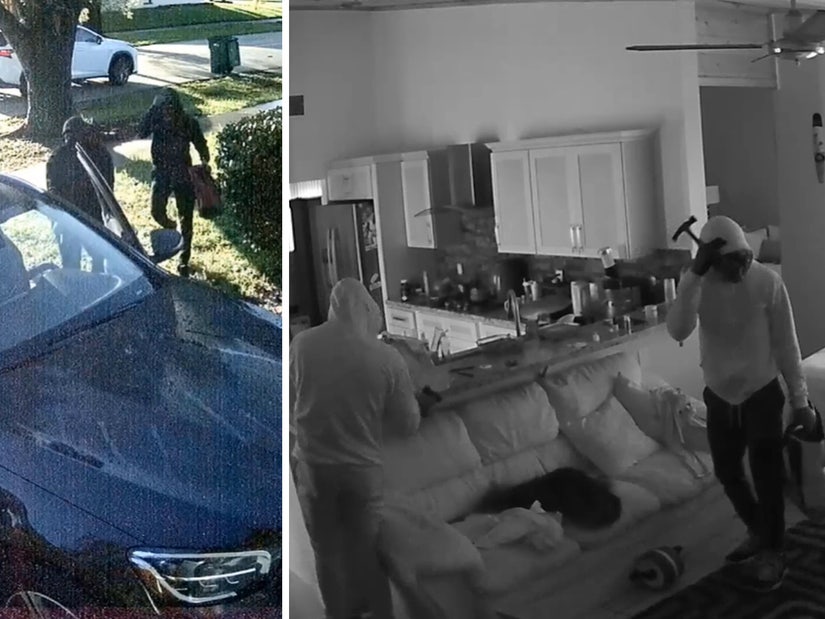 Video shows them ransacking the house while she is tied up inside.

Police in Florida are hunting for three people involved in a terrifying home invasion that was all captured on camera.

The attack occurred on Monday morning as the victim was leaving her house in Tamarac.

The footage shows the woman walking to her Mercedes in her driveway, coffee in hand, oblivious to the white Lexus parked right outside her home, waiting.

Just as she is about to enter her car, the doors of the Lexus burst open in the background, and two masked men sprint toward her.

At the last second she hears them approach and spins around in fright, throwing her coffee at one. He points a gun at her as she crumples to the ground. Ordering her to her feet and pointing to the house, they march her back inside, as one collects the belongings she dropped. 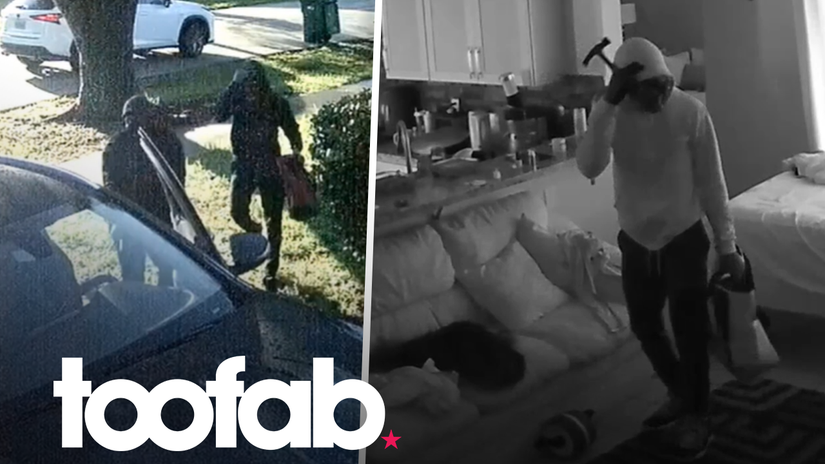 According to Broward Sheriff's Office, the assailants then tied the woman up inside.

Cameras inside the home show the two men, identities completely concealed by hooded sweatshirts and frightening silver skull face masks, ransacking the home, one armed with a gun and flashlight, the other brandishing a hammer.

They search through the house, before running into a back room where a frightened yell can be heard.

Meanwhile the homeowner's Ring doorbell cam picks up a third person, a woman, believed to be the getaway driver.

"The female opens the door, says something in Creole, then closes the door before wiping the handle down with her long sleeve shirt and returning back to the awaiting car," the Sheriff's office described in its statement.

All three fled the home shortly afterward, taking $2,700 worth of possessions with them.

The victim was not physically injured during the ordeal.

Police have appealed for anyone with information to come forward, and to be on the lookout for the 2019 or 2020 white Lexus SUV NX300 F Sport model.