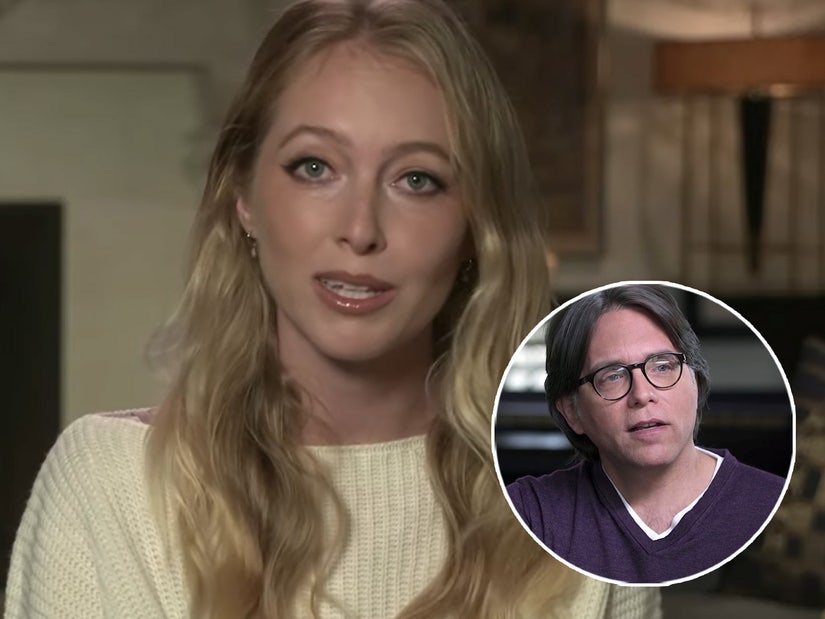 India also opens up about her interactions with Allison Mack and the "inhumane" NXIVM brand she was given.

During her appearance, India explained why she wanted to directly address Raniere in the courtroom as she and 14 other women testified against the cult leader.

"I did not know what I was going to feel, how I was going to be able to speak. I had no expectation of what it was going to be like, although I did feel very nervous," she told Hall. "And by the time I actually sat down and watched all of these incredible women share their stories, I was just so moved and so inspired and I felt so much stronger having all these men and women around me sharing their truth. It made me feel that much more brave when I went up there."

"I actually ended up deciding to address Keith directly and I wanted to look him in the eyes when I said certain things, knowing that he is incapable of feeling and he doesn't actually have remorse and really he is still calling us liars," she continued. "Honestly, the whole thing was really for me and my own closure and to share what I've always wanted to say and for a very long time couldn't."

She explained that she "did a lot to prepare myself, both spiritually and mentally and physically" for her testimony.

"I'll tell you, I felt very different being in court on Tuesday ... I felt a certain strength and a certain empowerment by just being able to witness so much resilience," she added. "These women and men are extraordinary, it takes so much to leave something like this. It takes the average woman seven times to leave an abusive relationship, let alone an entire group or an organization that is oppressive."

During her time with NXIVM, Oxenberg was recruited to be part of a subdivision of the group called DOS (Dominus Obsequious Sororium), which was a secret sorority of "masters" and "slaves." Actress Allison Mack was the one who approached her to join DOS.

"That didn't happen until five years in. And I really think that's an important thing to say is that this is five years of indoctrination and grooming before DOS was even presented to me," she explained. "This is not something that happens overnight, I mean nobody joins a cult. They think that they're joining one thing and it actually ends up being the antithesis. And that's part of the coercive element of it.

"At that time my whole life was revolving around DOS and the orders that I was being instructed to do by Allison Mack," she continued. "And it was a very regimented lifestyle and for a long time I thought that that was going to be my life forever and I didn't see a future for myself outside of Albany, outside of my commitment to DOS. And I mean it makes me sad now looking back, but that was my life."

The DOS indoctrination culminated in a secret ceremony one night where "slaves" were branded on their pelvic regions with the initials of Raniere. During the interview, Hall asked why she believed Raniere wanted that done.

"I'm not a doctor so I can't pass judgment on a diagnosis, but from what I've seen and what I've researched, he's a very typical sociopath and he actually gets pleasure from hurting people," she replied. "And that was one of the most difficult things to reconcile with because for a long time I really believed in these people and I trusted them whole-heartedly. I mean, I gave them everything because I believed that it was good. And that is a level of hurt that is hard to deal with once you come out of something like this because you actually really have to look at it for what it is."

She added, "It was cruel, and it was criminal and it was inhumane, and the judge validated all of that on Tuesday."

60-year-old Raniere was sentenced to 120 years in prison on Tuesday in Brooklyn federal court. His sentencing came after fifteen former members of the NXIVM cult spoke out about the physical and emotional abuse they suffered under his control. He was convicted of wire fraud conspiracy, sex trafficking conspiracy, forced labor conspiracy, and 4 other charges for his role as leader of the group for 2 decades.

"We need to be able to talk about these things and share these things however uncomfortable they are," Oxenberg told Hall. "And I know from myself it's been hard, but it's also been so rewarding because I wanted to take my life back into my own hands, I wanted to take my story back for myself because it had been taken from me for so long. Part of speaking out is just reclaiming my voice and knowing that I can move through this and move past this and that I have a future, which for a long time I didn't believe."

"I did a lot of screaming and jumping. I'd been praying that he would get life without parole and it so far exceeded my expectations," she exclaimed. "His sentence represents a statement to the world, to victims. There's hope. There's no amount of power, money, prestige that won't get you justice. Your voices will be heard. I think it'll send a ripple effect throughout the world in terms of predators. Beware."

India also recalled pushing back against her mother when Catherine initially tried to get her away from the group -- and explained what finally made her start to come to her senses.

"My mother did everything that she could in order to get me out. I was hearing rumors about it while I was still inside. I remember thinking, 'This lady is crazy, I'm doing nothing up here, I'm in boring old Albany,'" said India. "Because at the time I really looked at it like that, I wasn't registering what I was actually involved in because I was so saturated by it."

Catherine believes that had India initially come with her, Raniere would still be "exploiting women."

"It's only because she dug her heels in that I had to sort of expand my reach and help other women get out," added Catherine, "and then try and take down the organization and uncover crimes. It became a full-time job."