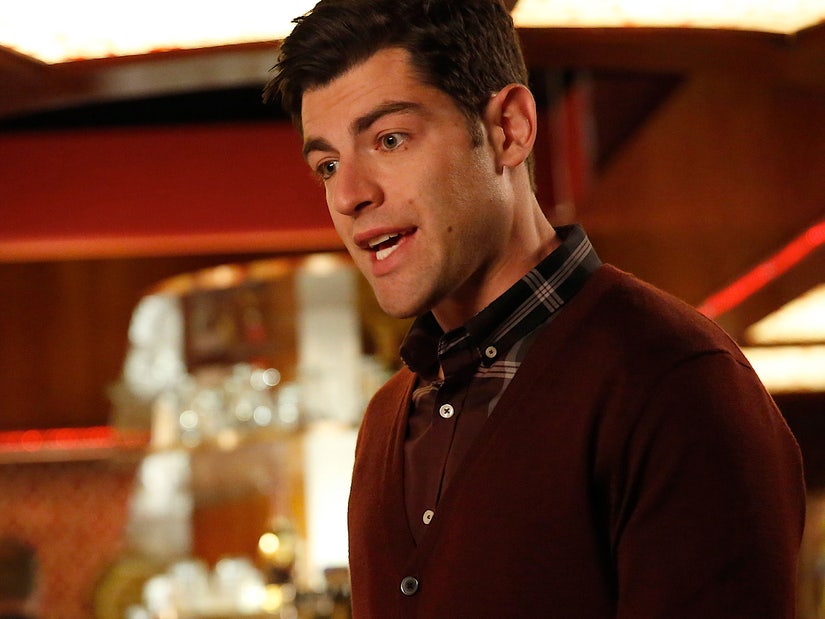 "Truly one of the scariest moments of my life," says Greenfield.

As Schmidt, star Max Greenfield was a fan favorite on "New Girl" -- but that definitely was not the case for one of the show's guest stars.

During a Vulture reunion of the men from the show earlier this week, Jake Johnson revealed Dennis Farina -- who played his character Nick's father for two episodes -- was not a fan of his costar.

"One of the best parts of 'New Girl' was our guest stars. I couldn't believe how many home runs we got on the show and Farina was one of them," he revealed. "My favorite part of Farina was how much he hated Max. He hated him in like a not funny way. In like a scary, mean, old Chicago guy way."

Greenfield confirmed that was the case, as Johnson continued. He said that after hours of working on set, they were "pretty fried" -- and that behavior was not appreciated by Farina. "That old boy was not having that," he said, "he almost beat the crap out of Max."

"I'm such a fan and I'm so upset the way it turned that it did," said Greenfield, saying the bad vibes were almost "immediate," before blaming them on Johnson.

He explained "everything was going fine" between him and Farina at first, as the legend opened up with him about his work as a detective in Chicago before becoming an actor. When Farina wasn't around, Greenfield and Johnson started to wonder whether Farina had seen any "weird sex stuff" while doing surveillance -- and while Max warned his costar about asking Farina about it, Johnson did just that.

"Jake goes, 'Hey Dennis, question ... you're doing surveillance, ever see just random people doing weird sex stuff?'" Greenfield recalled. "Immediately, you could see how deeply offended he was by this question and how truly f--ked we were. Jake's instinct in that moment was to go, 'Because Max wanted to know.'"

Max said that, because Jake sold him out "so hard," he started to immediately start laughing -- which only made Farina believe the question really was Greenfield's idea.

"We did the scene and he comes in and he looked into my eyes with a line that was not supposed to be intense or menacing at all, delivered it directly to me, full eye contact, as if I'm gonna f--king kill you," said Max. "Truly one of the scariest moments of my life."

While Greenfield tried to smooth things over later as he Farina and fellow guest star Olivia Munn passed time between shoots, it backfired.

"He in some way thought I was bringing Olivia into my infantine behavior and didn't like that at all," he added. "It was very clear Dennis and I weren't going to have a relationship."

Added Lamorne Morris, "I genuinely don't think he ever looked me in the eye."