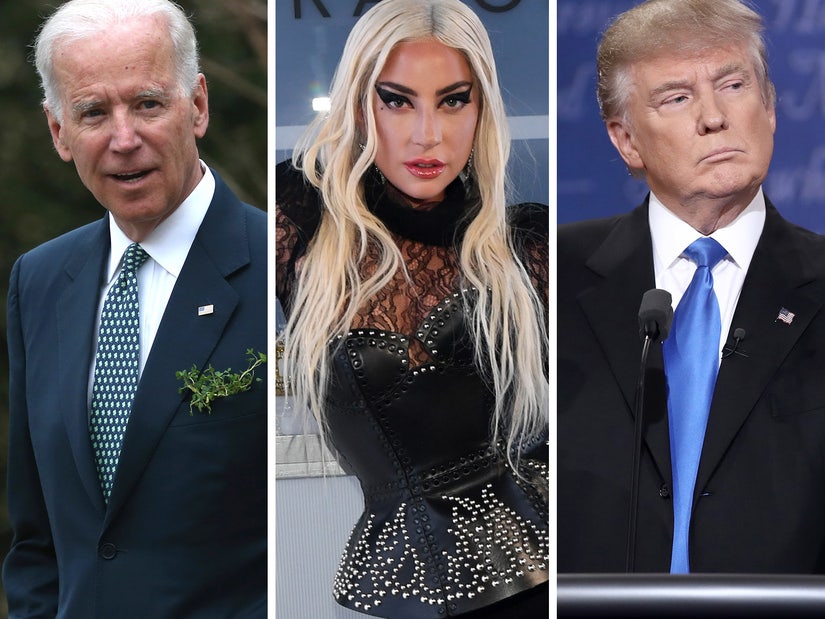 "Now is your chance to vote against Donald Trump, a man who believes his fame gives him the right to grab one of your daughters, or sisters, or wives, or mothers by any part of their bodies."

Lady Gaga wasn't content to stop her attacks on Donald Trump after a social media response to the president slamming her at a rally early in the day on the day before the presidential election.

Trump had gone in on the pop star after it was announced that she was appearing with Joe Biden later that same day, also in battleground state Pennsylvania. Well, while she thanked him for allowing her to live "rent free" in his head via Twitter, she really went in on the president in person.

Appearing as promised, she urged her fans, Pennsylvanians, and all Americans to vote for "good person" Joe Biden. "Vote like your life depends on it. Or vote like your childrens’ lives depend on it. Because they do," she said.

"And to all of the women, and all of the men with daughters, and sisters, and mothers," she continued. "Everybody, no matter how you identify, now is your chance to vote against Donald Trump; a man who believes his fame gives him the right to grab one of your daughters, or sisters, or wives, or mothers by any part of their bodies. Vote for Joe. He’s a good person."

She also spoke of her long friendship with Biden, saying that she remembered telling him, "We need you, because we needed somebody that was going to bring us all together for this moment, this very important moment."

"It’s going to be clear what this country is, tomorrow," she said of Election Day.

Lady Gaga is hitting back at President Trump after he mocked Joe Biden for bringing out the pop star on the eve of the 2020 presidential election.

Ahead of Gaga's performance at Biden's rally in the battleground state of Pennsylvania on Monday, Trump took to Twitter to slam his Democratic opponent, claiming Gaga's appearance at Biden's event is "proof" that the former VP would ban fracking. And Gaga wasn't having it. 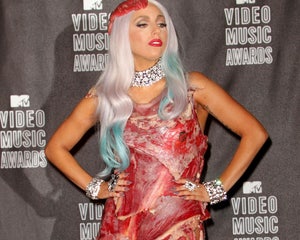 "Just learned that Sleepy Joe Biden is campaigning in Pennsylvania with Lady Gaga, a proud member of 'Artists Against Fracking,'" wrote Trump in a viral tweet. "This is more proof that he would ban Fracking and skyrocket your energy prices..."

Tim Murtaugh, the Director of Communications of Trump's re-election campaign, also chimed in, sharing a screenshot of a statement regarding Gaga's performance.

"Nothing exposes Biden’s disdain for the forgotten working men & women of PA like campaigning with anti-fracking activist Lady Gaga," he tweeted alongside the screenshot. "This desperate effort to drum up enthusiasm is actually a sharp stick in the eye for 600,000 Pennsylvanians who work in the fracking industry."

Just learned that Sleepy Joe Biden is campaigning in Pennsylvania with Lady Gaga, a proud member of “Artists Against Fracking.” This is more proof that he would ban Fracking and skyrocket your energy prices...

In response, Gaga fired back at both Trump and Murtaugh on social media. Reposting a photo of Murtaugh's statement and tagging Trump, the "Rain on Me" singer wrote, "HEY TIM HEY @realDonaldTrump SO HAPPY IM GLAD TO BE LIVING RENT FREE in your HEAD. #BidenHarris."

Gaga also added another comment alongside the screenshot, writing, "Heeeey Donald...#WINNING (also, what is a fracking?) keep your jobs PA...We [love] you."

Trump later bashed Biden, Gaga and other celebrities who support Democrats at a rally in Biden's hometown of Scranton, Pennsylvania.

"Now [Biden's] got Lady Gaga. Lady Gaga is not too good," he told a crowd of his supporters. "I could tell you stories about Lady Gaga. I know a lot of stories."

Although Trump and his campaign have continued to claim Biden would ban fracking if elected, Biden, along with his running mate Sen. Kamala Harris, have stressed that Biden's administration would not ban all fracking, per FactCheck.org.

Meanwhile, as for Gaga, the singer was reportedly a member of Artists Against Fracking, a group founded by Yoko Ono in 2012, according to The Hill.

Gaga has been vocal about her support for Biden and has encouraged her fans to get out and vote throughout the election.