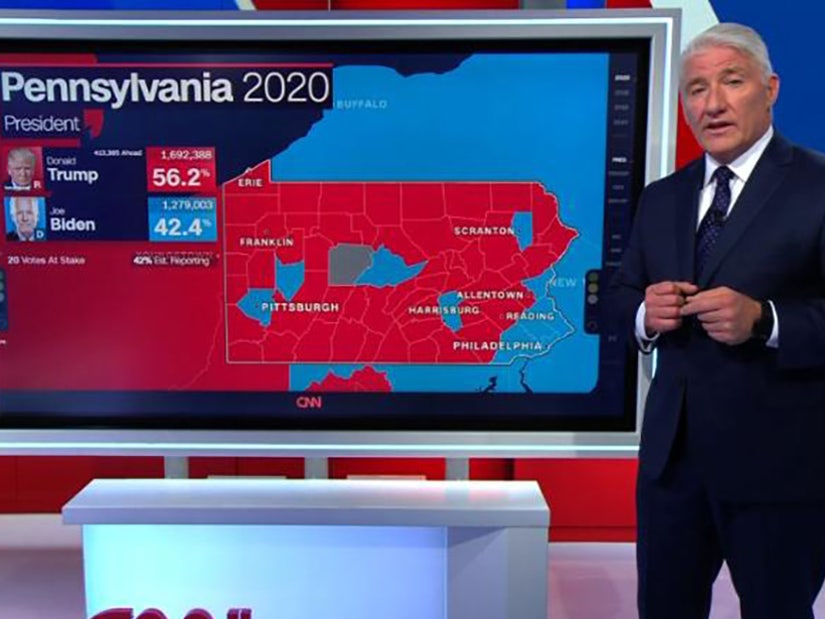 While many are impressed with King's mastery of the digital map that can zoom in county by county, a tense nation does not seem to agree that any of "this is fun."

As all eyes are on incoming election results during a tense Tuesday evening in America, those watching CNN have found themselves mesmerized by John King and his giant wall-sized election map.

As technology continues to advance, anxious viewers are treated to more and more data and graphics than ever before, and yet it might be fair to argue that no one is enjoying John King's impressive election wall more than John King.

"This is fun," he said several times as real-time results were filtering into his map. Able to zoom in to the county level, as well as showing trends and an emotionally taxing (for Democrats) look back at the final 2016 vote tallies, it was all a bit much for many weary viewers.

And so they took to their own walls, namely their Twitter feeds, to both praise his mastery of the technology and lament how much fun he was having with it.

They even got his name trending over his joyous mastery of the genuinely impressive interactive wall and all the "fun" he was having with it, with some laughing at just how intently and almost obsessively he was digging into each and every update, projection and possible permutation of the data.

We get it, they're saying. It's a fun piece of technology. But this election has people more on edge than any in recent memory, so as their anxiety reaches minute-by-minute crescendos, they're definitely not having as much fun as he is.

But in his own way, King seems to be offering some much needed lightness as he's clearly giving some of these election viewers something else to think about than the slow crawl of results coming in from all those key battleground states King is gleefully spotlighting. 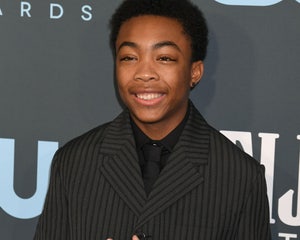 John King just said, AND I QUOTE, “sometimes you get a big dump and it changes everything.” And honestly, yes, John King...Sometimes it does.

In a close race, the margins are important. - John King, CNN Contributor & Genius.

John King every 5 minutes about the election on CNN: pic.twitter.com/M7QltG6l0i

John King heading to the CNN set every 4 years to work his magic on the electronic election map pic.twitter.com/PKRRNs9q9e

john king: this is fun

How much time does John King spend practicing that touch screen in the four years between presidential election nights? This is his Olympics.

I appreciate that John King is out here teaching responsible journalism and context from the “Magic Map.” He’s truly the best at this. Lots of networks have people at the map & it’s been annoying watching them vs him.

I know when someone at CNN touches the map screen John King runs over and says “this is not a toy!!!”

John King on CNN playing with his map
pic.twitter.com/g7O1PcUf0z

John King, telestrating a 49.6% to 49.4% margin between Trump and Biden in Florida: “This is what makes elections fun.”

The rest of us: pic.twitter.com/Xxm7yuOoHb

“If Biden could rebuild the blue wall Donald Trump would pay for it”-John King in his bag right now. pic.twitter.com/eUUpuzM3iU

John King on Saturday morning after 120 straight hours of working the map board. pic.twitter.com/O3n4GD86LF