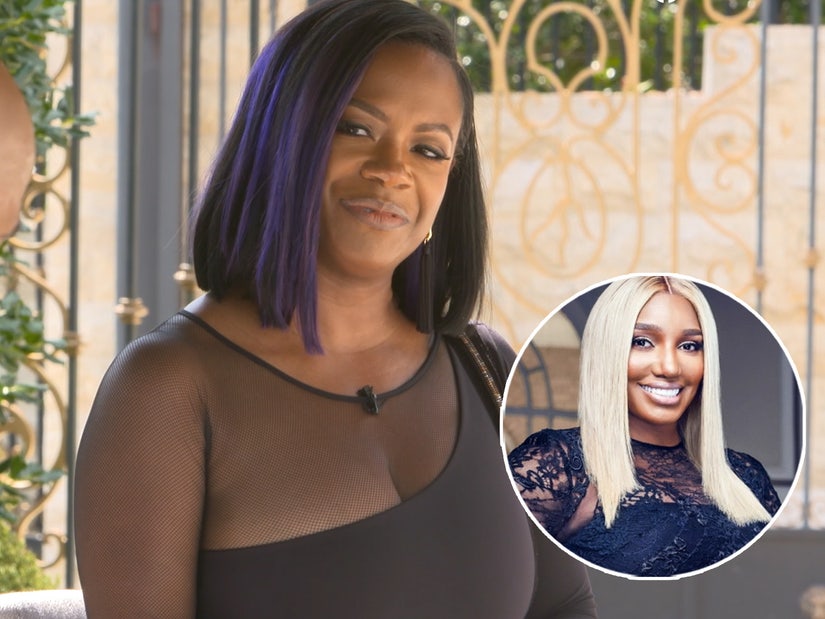 She also shares her take on why NeNe quit the show.

Now that they're no longer filming together after NeNe Leakes quit "Real Housewives of Atlanta," she and Kandi Burruss appear to ceased communication.

The reality star opens up about her former costar's exit in a new driveway interview with neighbor Steve Harvey for "STEVE on Watch," his Facebook Watch series.

"Have you spoken to her about it?" asks Harvey in this exclusive sneak peek. "No. No, we don't really talk," she responds. "No."

When asked to share her theory as to why Leakes quit the show earlier this year, Kandi said NeNe probably simply didn't get what she wanted from Bravo.

Kandi's words echo NeNe's own announcement when she said she wouldn't be returning to the Bravo show.

"I have been on an extremely, extremely long, exhausting, tiring, emotional negotiation," she explained in a video posted to her YouTube page at the time. "There's a lot of emotion flying from both sides."

"It has been hard and I have made a hard, difficult decision to not be a part of 'Real Housewives of Atlanta,' Season 13," she confirmed. "It wasn't an easy decision for me. It was hard."

Leakes would later claim she was "forced out" and told Tamron Hall she had no desire to return to the show.

See more of Kandi's conversation at Steve's home this Monday, November 9th on STEVE on Watch.