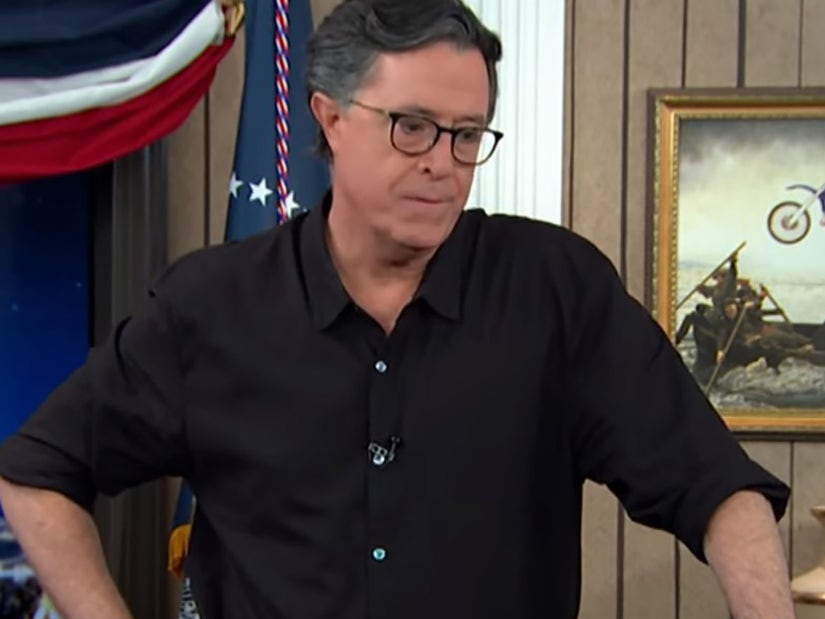 "This is where I really wish I could swear."

Stephen Colbert had to take a few moments to collect himself as he scrapped his prepared monologue to speak from the heart about President Trump's recent comments alleging the counting votes in key battleground states is fraudulent and declaring victory.

While he intentionally did not show any of the footage of Trump's comments from a Thursday-night speech CNN fact-checkers have called the "most dishonest" of his presidency, Colbert was clearly infuriated in a way that even surprised him at what happened.

In the speech, Trump not only again declared victory in the overall election, he declared that he'd won the key states of Georgia, Wisconsin, Pennsylvania and Michigan. None of those states have yet been called as votes are still being counted and margins are narrowing.

Michigan and Wisconsin have already been called for Trump, and his lead has narrowed dramatically in both Pennsylvania and Georgia as of this writing, to below 500 votes in the latter state as of this writing.

He also alleged that his opponents are "trying to steal an election" and again espoused his unfounded claims that mail-in voting is filled with "tremendous corruption and fraud." There is not now, nor historically, any evidence to back these claims.

"We all knew he would do this," Colbert said before pausing and lowering his head, seeming surprised by the fact that he was getting choked up.

When he again raised it after a few moments, his eyes were clearly tearing up and his voice was choked. "What I didn’t know is that it would hurt so much," he said. "I didn’t expect this to break my heart. For him to cast a dark shadow on our most sacred right from the briefing room in the White House, our house, not his. That is devastating."

The "Late Show" host then called for "every single person" to reject every facet of Trump's demonstrably false statements, and in particular the leaders of the Republican party.

"Republicans have to speak up. All of them," he said. "Because for evil to succeed, all that is necessary is for good men to do nothing."

"It’s in your best interest. You only survived this up ‘til now because a lot of voters didn’t want to believe everything that was obvious to so many of us; that Donald Trump is a fascist," he continued. "And when it comes to democracy versus fascism, I’m sorry, there are not fine people on both sides."

In an unexpected moment of levity, Colbert spoke with one of his off-screen producers to see if Mitch McConnell -- who has won reelection and will again be the Senate Majority Leader if the GOP hangs onto it (as predicted) -- had said anything.

"What does he say?" he asked, before echoing the response with a resigned laugh. "He declined to comment. … ‘Who is silent gives consent.’ So, Mitch, we heard you loud and clear. You’re okay with this." 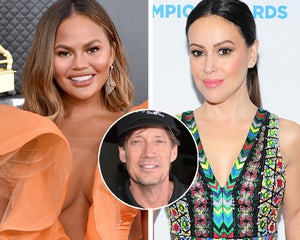 He then went on a long, elaborate tirade about how if McConnell supports Trump's claims of fraud, then is he suggesting that his own reelection was also achieved by fraud? He then told McConnell and other Republicans that America is watching and counting.

"Americans are going to count something else starting right now. They’re going to count who was willing to speak up against Donald Trump trying to kill democracy," he said. "And they’ll count who will stay silent in the face of this desperate attack on the bedrock institution of this truly great nation. ‘Cause he just attacked the thing that makes us most great, and it’s time for you all to mean what your hats have been yelling."

Finally, in another tongue-twisting and hilariously apropos statement, Colbert laid out exactly what it would mean if what Trump is saying is true and that Biden has somehow orchestrated everything that's happening right now with the election.

"Anyone who could accomplish that many things at once right now really would be the president we need during a global pandemic," he said breathlessly after his exhaustive rundown.

"This is where I really wish I could swear," he concluded.