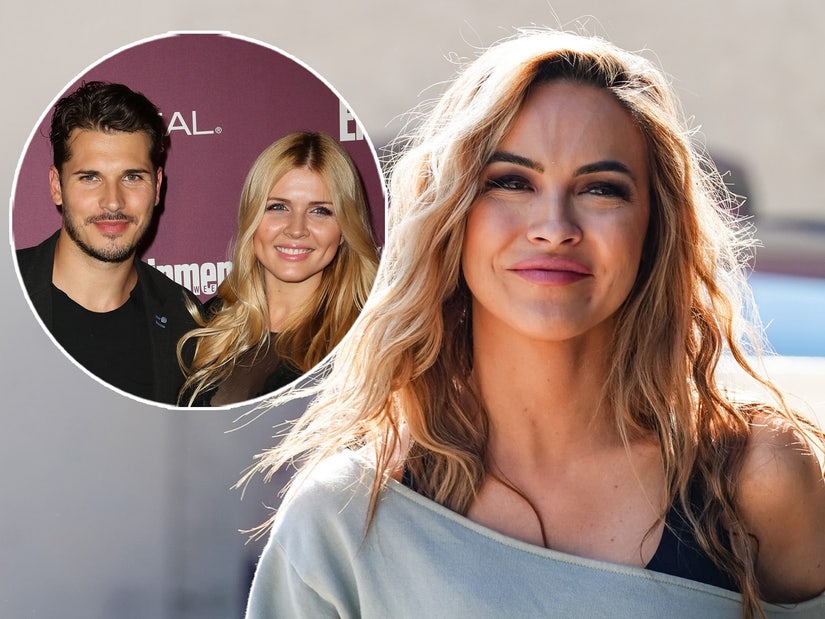 "Dancing with the Stars" Gleb Savchenko is speaking out to set the record straight, denying rumors that he's having an affair with Chrishell Stause, his celebrity partner this season on the show.

The professional dancer had originally requested "privacy and healing" after confirming a split form wife Elena Samodanova after 14 years. But after she accused him of infidelity and "a recent inappropriate relationship," speculation began to run rampant.

"While I will continue to respect the privacy of my family, I will not stand by and allow false accusations and internet rumors go unaddressed," Savchenko said in a statement received by E! News. Stause has already denied that their relationship is anything beyond friends.

"My relationship with Chrishell was and remains strictly platonic,' he continued. "Our friendship during our season on DWTS was not the reason for our split. Elena and I have had longstanding issues in our marriage. This has been an ongoing situation between Elena and I paired with poor timing."

"It was my deepest hope to keep our private life just that: Private," the dancer concluded his statement. "I am saddened and disappointed to see that Elena has chosen not to do the same."

Elena Samodanova accused her husband, "Dancing With The Stars" pro Gleb Savchenko, of cheating on her just hours after Chrishell Stause denied having an affair with him.

"No wife should ever stand by and watch while another woman gifts her husband expensive presents, lures him out to dinners and seduces him at every turn," Elena continued. "Last night was the final straw, and I can no longer turn my head the other way. My trust in Gleb is irrevocably broken and it is time that I walk away and begin to heal so I can be the best version of myself for my girls."

Late Friday night, Chrishell took to social media to shoot down rumors that she was having an affair with her "DWTS" partner, Gleb, soon after he announced he was "parting ways" with Elena.

"I am so saddened about the news of Gleb and Elena's split. It is unfortunate that this has caused rumors to swirl about my personal life," she wrote on her Instagram Story, before referencing her own break up with Justin Hartley last November.

"Having gone through a public split myself, I would not wish this on anyone. As you can imagine, the countless hours of training, and dance rehearsals has created a strong supportive friendship, but nothing more. I wish nothing but the best for both Gleb and Elena during this unfortunate time."

Gleb confirmed the split with Elena after she had originally posted on Friday, "After 14 years of marriage with my deepest sadness our road is coming to an end."

"It is with a heavy heart that I tell you my wife and I are parting ways after 14 years of marriage," he wrote alongside a picture of him, Elena and their two daughters, Olivia, 9, and Zlata, 3. We still intend to co-parent our wonderful children together who we love so dearly, and we will strive to continue to be the best parents that we can to them."

"We ask that you respect our family's need for privacy and healing during this time," he added.

TooFab has reached out to Chrishell and Gleb's reps for comment.