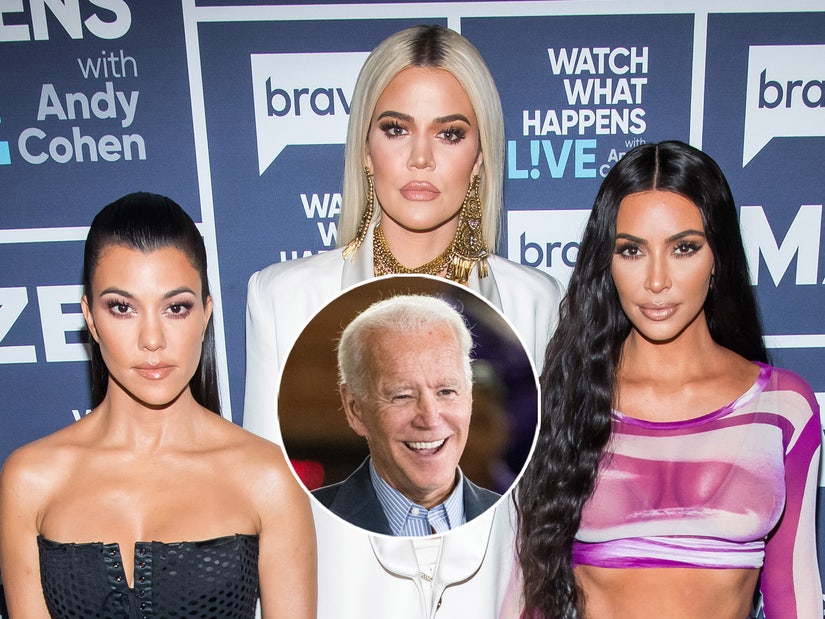 The Kardashian-Jenner clan did what they do best and lit up social media after Joe Biden was announced the winner of the 2020 Election.

On Saturday, multiple news outlets called the race for Biden and his running mate Kamala Harris after Pennsylvania gave their campaign 20 electoral votes, making their total 273.

And Kim led the charge in celebrating the historic win, despite the failed bid of her husband, Kanye West, who went on to collect only about 60,000 votes under his Birthday Party.

Sharing three separate tweets, the reality star posted heart emojis alongside a photograph of the new White House winners, a Biden tweet and a Harris tweet.

"i'm emotional, relieved, and filled with joy this morning!!! 💙💙💙💙" Kendall tweeted, with the same sentiment shared on her Instagram Story. She also posted the viral clip of CNN anchor Van Jones breaking down in tears over the election news.

Not to be left out, Kylie chimed in on her Instagram Story by sharing a clip of Harris laughing in a sea of confetti.

Although the family kept mum about who they were voting for during the run-up to the election, they did encourage fans to get out there and make their voices heard.

Kim, however, appeared to support Kanye after he announced his plan to run for Commander in Chief back in July. Kourtney did as well, as she rocked a "Vote Kanye" baseball cap in October.

But the rapper failed to make the ballot in most states, and following Tuesday's results, he appeared to concede his bid for the White House -- all while hinting at another attempt in four years.

Keep reading to see the rest of the Kardashian-Jenner reactions, below.

i’m emotional, relieved, and filled with joy this morning!!! 💙💙💙💙