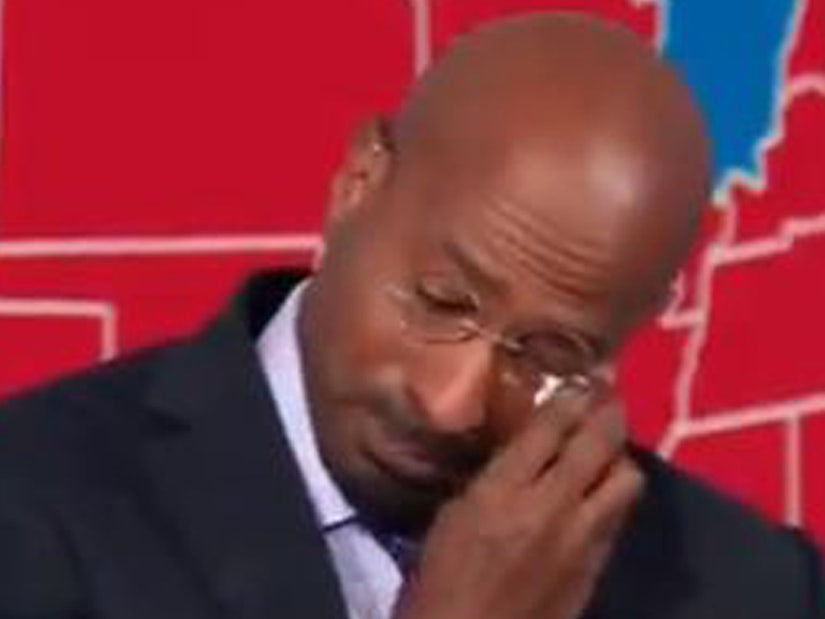 "This is a big deal for us just to be able to get some peace and to have a chance for a reset."

Van Jones couldn't contain his tears as he reflected on the significance of Joe Biden and Kamala Harris winning the 2020 Election.

After it was announced early Saturday that Biden would be the 46th President with Harris as the first woman, first Black woman and first Asian American woman to be Vice-President, the CNN anchor gave an emotional speech to his co-anchors and audience.

Today is a good day.
It’s easier to be a parent this morning.
Character MATTERS.
Being a good person MATTERS.
This is a big deal.

It’s easy to do it the cheap way and get away with stuff — but it comes back around.

"This is a big deal for us to just get some peace and have a reset," he added. "Being a good man matters. I want my son to look at this. It is a good day for this county. I am sorry for the people who lost, but for most, this is a good day."

Later, he took to his Twitter to post the clip alongside a similar sentiment, writing, "Today is a good day. It's easier to be a parent this morning. Character MATTERS. Being a good person MATTERS. This is a big deal. It's easy to do it the cheap way and get away with stuff — but it comes back around. Today is a good day."

After a victory in his home state of Pennsylvania on Saturday, Biden had a total of 273 electoral votes, leading CNN, MSNBC, NPR, AP and ABC to call a win for him, and a loss for Donald Trump.