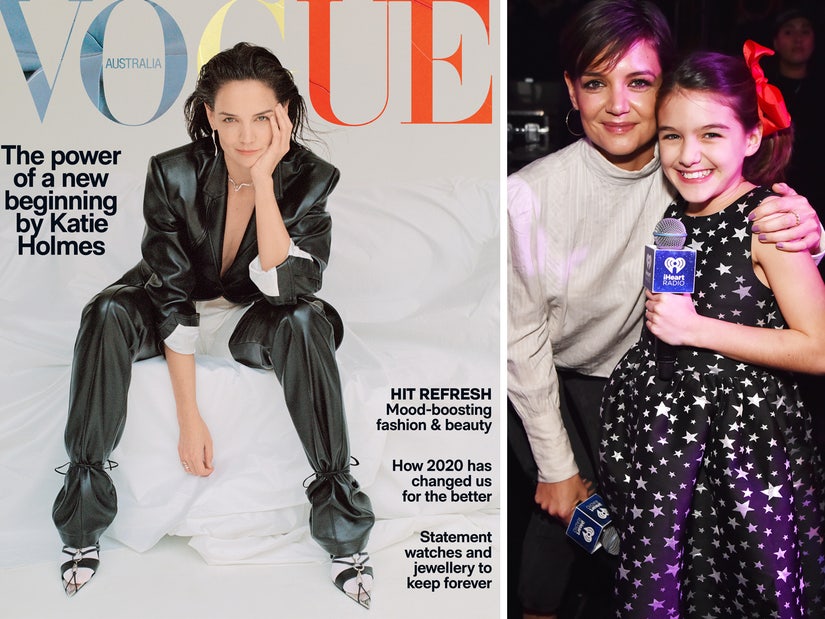 "Throughout this experience the through-line for me has been a heightened awareness of each moment and really taking it in and appreciating it."

Katie Holmes graces the cover of Vogue Australia's November issue, in which she also opens up about her time in quarantine amid a global pandemic with 14-year-old daughter Suri Cruise.

Rocking thigh-high leather boots, a matching low-cut blazer and a wet, slicked-back 'do, it's definitely a different Holmes than we're used to seeing.

Holmes' new beau, Emilio Vitolo Jr., reportedly liked the shoot too -- posting, but then deleting, the cover with the caption "Yazzz baby" to his Instagram Story. 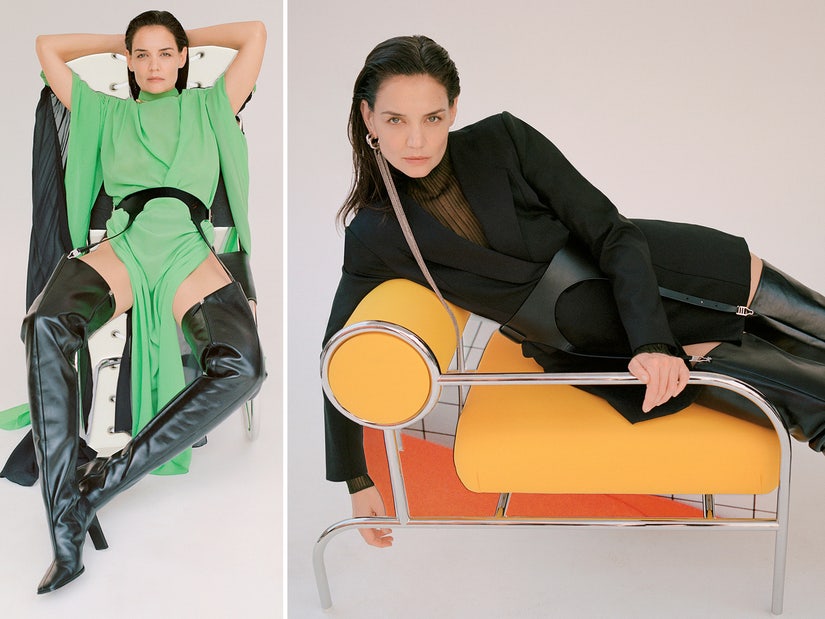 Holmes said she was honored to take part in the creative process for the edgy shoot, telling the publication she believed the images "evoked a heightened glamour and grounded strength."

"I worked with a group of incredibly creative and talented women who embodied that glamour and strength in the way they worked and interacted with each other and me," she said.

In an essay about her time in lockdown, the "Batman Begins" star said she "revisited books that I value. Hobbies such as sewing, painting and writing became new hallmarks of satisfaction and having had time at home to just be."

"To listen. To live for a moment in time without the pressure of results and instead appreciate the natural rhythms of mother and daughter was the most precious gift," she added. Throughout this experience the through-line for me has been a heightened awareness of each moment and really taking it in and appreciating it."

Through the pandemic, Holmes was eventually to reconnect with some of her friends and family members in-person, saying that "after months of FaceTime calls," reuniting "felt like Christmas morning."

"My mom's eyes were brighter, my dad's hands even stronger and our hugs much tighter," Holmes said. "Taking time in Washington Square Park with a friend whose little child was taking his first steps brought me back to when my own child began to walk. I felt nostalgic and in awe of the power of time and the continuation of life."

While looking back at the unusual year, Holmes remains hopeful for 2021 sharing, "The world has shifted and taken on a new shape and I believe we have become better people."

"The absence of routine, the revelation of truths that lie just below the surface, the challenge of moving forwards despite fear, and the willingness to be open to what our new world will be, are realities that have connected us all."