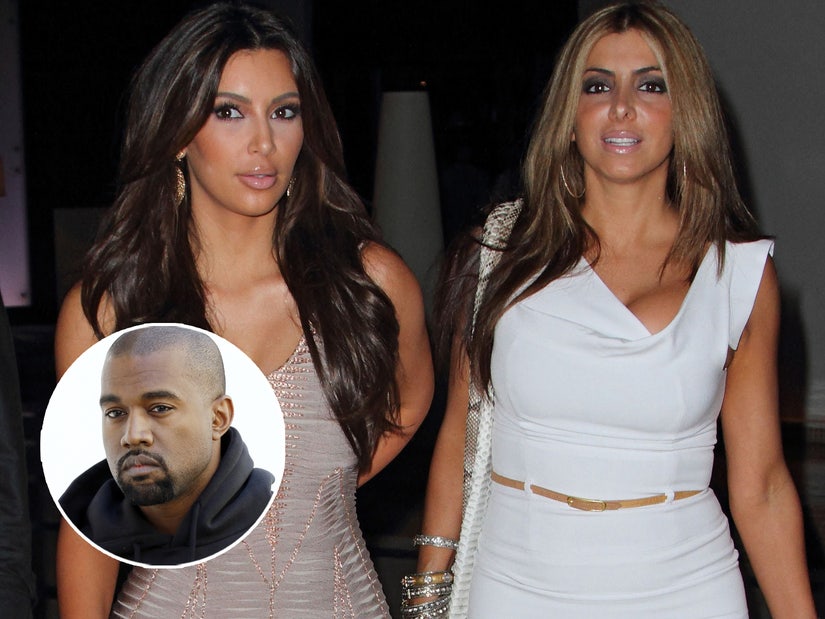 In an explosive interview, she said West "literally brainwashed the whole family."

Larsa Pippen may be on the outs with the Kardashian family -- and her latest interview likely won't do much to help that -- but she swears their issues aren't anything they can't get past.

In an extremely candid interview with the Hollywood Raw Podcast with Dax Holt and Adam Glyn, Kim Kardashian's former best friend blamed Kanye West for their falling out, but believes they can still work through it.

When asked what she would say to West if given the chance, Pippen said, "I don't know. Where is the love? The funny thing is, I love him. I love all of them. So, I don't know."

She was then asked whether she thinks she and Kim could ever mend fences.

"Nothing has happened where it's like I'll never talk to them again or whatever. I feel like people go through different things. People handle problems differently," she said. "I'm the kind of person that if I am in a relationship that is not good, then I need my friends. I need to know I have love."

"Other people are different when they are going through turmoil in their own personal relationship, they want to be like, 'Oh, that's the bad guy,'" she added. "I think I accept responsibility more so than other people. I can handle the heat, a lot of people can't handle the heat."

"I'm over the part of beating myself up over it. I didn't do shit so I don't feel like I should beat myself over it," she continued. "I know who I am. I know the value I bring to all my relationships. I know there's a billion people that one to be my friend. I'm not the kind of person that wants to be in a bad light with anyone. That's not my personality. I like to make peace with everyone. I like to love everyone. I don't like to talk about anyone. That's not my energy, it's not who I am as a person."

In the same interview, Pippen explained why she believes West is at the root of their falling out, telling the two hosts Kanye "was in a place where he really didn't trust anyone with Kim."

She said she didn't "feel any type of way" when Kardashian unfollowed her on social media, believing Kim was doing "what's best" for her family at the time.

"But if you have to unfollow me to make your home a better place, then do it," she added. Larsa also claimed her own ex-husband Scottie Pippen didn't want her or their children hanging out with the Kardashians, but she wouldn't "let him dictate what I do."

"I'm just not that person," she added.

When asked why she believes Khloe and Kourtney Kardashian unfollowed her on social media as well, Larsa said he had "literally brainwashed the whole family." She also said Travis Scott likely had a hand in her being ostracized.

"I ran into Travis Scott one night at a club and Travis called Kylie and said that I was hitting on him. That never happened," she added. "So, then they were like Kanye says she's this and then she was hitting on Travis."

According to Pippen, West used to call her "when he wanted to ran," but she eventually blocked him on her phone because she "couldn't bear taking his calls anymore."

"Obviously, that really upset him," she added.

Despite the falling out with the Kardashian clan, Pippen said it hasn't affected her friendships with either Jonathan Cheban or La La Anthony.