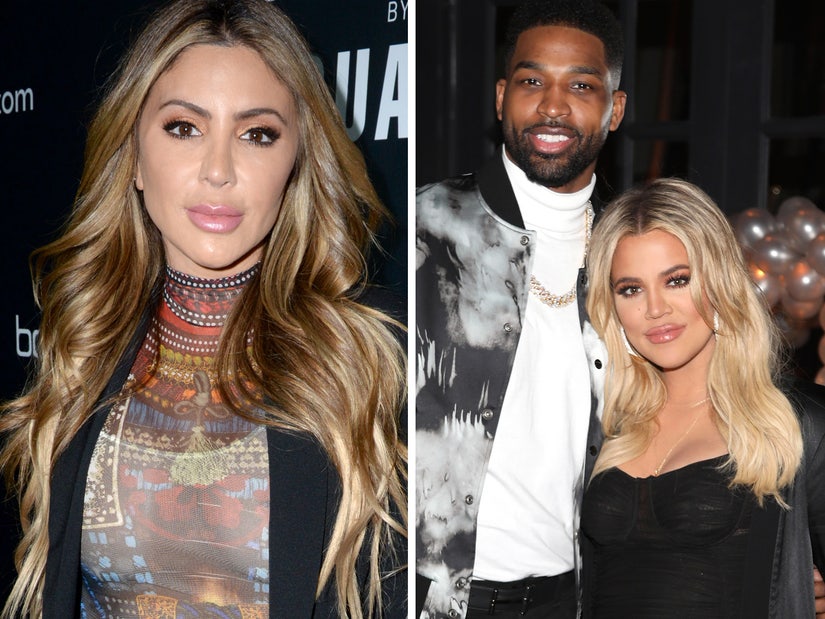 Kim's ex-BFF speaks out on all the rumors about her and Tristan.

Larsa Pippen adamantly denies she and Tristan Thompson ever hooked up after he started seeing Khloe Kardashian -- but that doesn't mean they were never a thing.

In a very candid interview with the Hollywood Raw Podcast with Dax Holt and Adam Glyn, Kim Kardashian's former best friend reacted to rumors Tristan stepped out on Khloe with her.

Denying the talk, she did explain they were "kinda seeing" each other before Khloe and Tristan ever met.

"I was kinda seeing Tristan before Khloe. Before Khloe or any of them knew he existed. I was seeing him, I had him come to LA, I brought him to a party Kim had. I introduced him to all of them," she claimed. "Then a week later, or 10 days later, he started seeing Khloe. Which is fine, I don't even care. It's whatever."

"I'm the type of person, I don't chase what's not for me. I will never chase a man, I will never put a leash on a man. I don't do that," she added. "I feel like, let you be great. If you want to be with other people, go ahead. I'm great by myself."

She was asked to clarify whether she had ever been with Tristan after he started dating Khloe.

"No! But it's funny how people think it. I'm the most honest person in the world. Trust me, I would never lie about something like that," she said.

She added that, "ever since the Jordyn thing, it's very easy" for fans to believe something like that could happen. "At the same time, for me, I'm going to hold my man accountable way more than just a friend who's drunk one time," she added.

"It's hurtful people think that I hooked up and trying to ruin Khloe's life," she explained. "Dude, I would never do that. That's not even my personality." 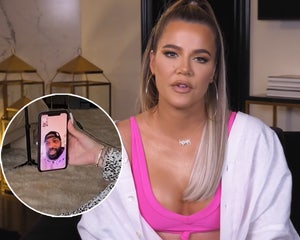 Pippen went on to say that she loves seeing Thompson and Kardashian together and hoped they could work it out for their family.

"If they love each other, then God bless. I think when you have a family with someone, it's really hard to break up," she said. "You do everything in order to keep your kids home together and happy. I applaud them for working things out. I think it's great they are trying to work on their relationship. I'm really proud of them. I applaud them."

Elsewhere in the interview, Larsa was asked whether infidelity was to blame for her marriage to Scottie Pippen crumbling.

"With Scottie, I lot of people think he cheated on her and she cheated on him. That never was the case in our relationship," she said. "Infidelity really wasn't what was the demise of our marriage. It was other things. We just kinda grew apart and fought over things, it was never about another person. It was always about the issues we had."

Following the split, she started to date rapper Future -- and made it clear in the podcast their relationship started after she separated from Pippen.

"Then I met Future and he and I became friends and we hung out for a little bit. It was definitely a respectable relationship," she explained. "We were friends and we needed each other at that moment. I think people make more of it, for better conversation, for people to say she cheated on [Scottie]. It was none of that. Scottie wasn't even living at home with me."

She said the two met at a dinner party in Miami and clicked immediately. 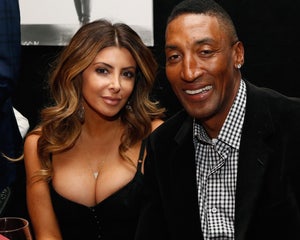 Larsa explained that she's living single now and has been getting hit up by a lot of younger men in her DMs. "The age gets younger and younger," she said, joking that there must be some kind of "Larsa Challenge" to get with her.

She also reacted to sightings of her out with "Too Hot to Handle" star Harry Jowsey, who is half her age.