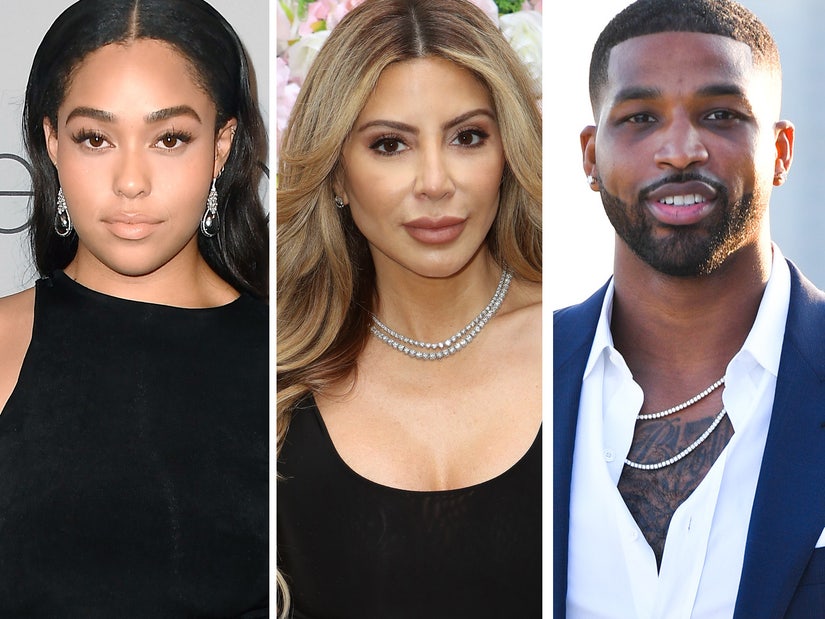 Both Woods and Thompson were hot topics in Pippen's latest interview.

The model didn't say much about Larsa's conversation with the Hollywood Raw Podcast with Dax Holt and Adam Glyn, but her social media activity after it dropped told a story of its own.

First, Woods liked a tweet reacting to Pippen's claim she dated Tristan Thompson before Khloe Kardashian and denial they ever hooked up after Kardashian entered the picture. The tweet read, "So she was projecting her own guilt onto young ass Jordyn. Got it."

At the time of the Woods-Thompson scandal, Pippen called out Woods on social media ahead of her now-infamous "Red Table Talk" appearance. "Can't wait to see which version of her story she tells," Larsa commented. "Hope it's the same she told @khloekardashian when she checked her."

Pippen would later claim "there were other situations where [Tristan and Jordyn] were in the same room together and it was like, a weird feeling."

Among the other liked tweets from Woods after the interview dropped: "I hope Jordyn Woods is having a good day" and "jordyn woods is like the definition of making the best out of a bad situation."

While Woods didn't directly tweet about Pippen's interview, she fired off a post on Monday many are speculating was a reaction. "Make it make sense," she tweeted, along with a confused face emoji.

Jordyn's name came up a couple times throughout the podcast, as the hosts brought up rumors Larsa had hooked up with Tristan after he got with Khloe. Back in July, Woods even appeared to cosign on the gossip by liking a tweet speculating they slept together.

On the podcast, Pippen denied there was anything between her and Thompson after he ditched her for Khloe -- but said that "ever since the Jordyn thing, it's very easy" for fans to believe something like that could happen.

She went on to say that the scandal "wasn't really about" Woods, it was more about Thompson "wilin' out." Added Pippen: "It wasn't about her, she wasn't the first and she wasn't going to be the last at that time. People were really hard on her."

Listen to the full interview here.