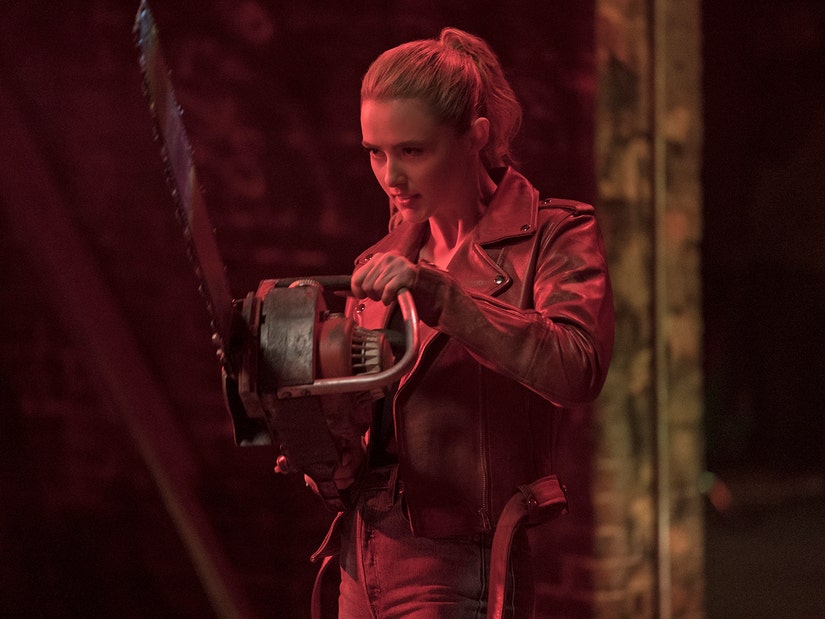 Yes, it involves a chainsaw.

Nothing about Kathryn Newton or her work in projects like "Blockers," "Big Little Lies" and "The Society" screams "Serial killer," but that's the fun of her latest film, "Freaky."

In the body swap horror-comedy, Newton's Millie -- a less-than popular high schooler -- magically trades bodies with Vince Vaughn's psychotic Blissfield Butcher. While the switch gives Vince the chance to delightfully ham it up as a teenage girl, Newton taps into her sadistic side. 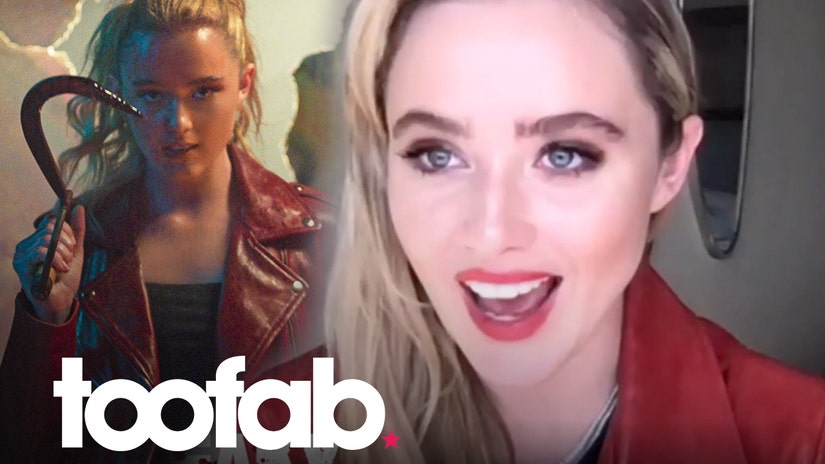 With kills extreme enough to warrant an R-rating, Newton's never without a weapon -- and was even able to do a few of her own stunts.

"I knew this was going to be bloody, disgusting," the actress told TooFab. "I'm an athlete though, so I was excited to do some stunts and get into it, and learn how to use a chainsaw. But there was nothing that could prepare me for it, except maybe like a workout, I suppose."

"Nothing can prepare you for like using a chainsaw to kill somebody," she added. "So, I didn't know what to do."

When we noted she looks good with a chainsaw in hand, she enthusiastically agreed that she pulled it off.

"I know, right! Thank you very much," she exclaimed. "I knew I was going to work when I was covered in blood and I had that chainsaw and people started walking away from me on set. I was like, 'Okay ... I'm scary. It's gonna be fine.'"

Newton explained she and Vince worked together on their characters with director Christopher Landon, which helped them decide how they should behave once they swapped bodies.

"I learned so much from Vince, and I'm such a big fan, so I was so grateful to work with him and then to get to collaborate with him on a character ... he had such great ideas and he was so open to my ideas too," she explained. "And we really determined a foundation for who these people were through Chris' story. Chris is a master of horror, and he killed it on this film."

"As The Butcher, the physicality kind of just came with it, like the way The Butcher carries himself is way more in his chest and he's more confident and he walks tall and the way he moves is more specific," she continued. 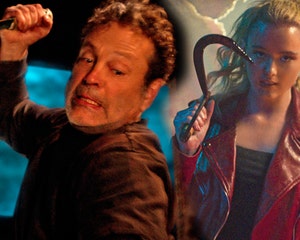 Jason Blum Wanted 'Freaky' to Be PG-13, Thankfully He Lost That Fight (Exclusive)

"Horror films, I learned a lot on 'Paranormal Activity,' you can tell a story just through your eyes. You don’t have to do a lot. Especially in a movie, one look and it's huge," she added. "I was really confident it was going to work because I had the support of Chris and Vince to really tell me that I could do it. I didn't know I could be a serial killer, at all, but that's what drew me to the project. I'm Millie in my day to day."

Don't believe her? Newton went on to lay out just how much of a self-described "dork" she was in high school.

"I was the captain of my golf team. Okay? Nobody likes that. It's not cool," she joked. "I ran for class President. I was an academic decathlon. I was in AP Euro and didn't know who I was all at the same time, so I was totally Millie."

"Freaky" hits theaters on Friday the 13th of November.