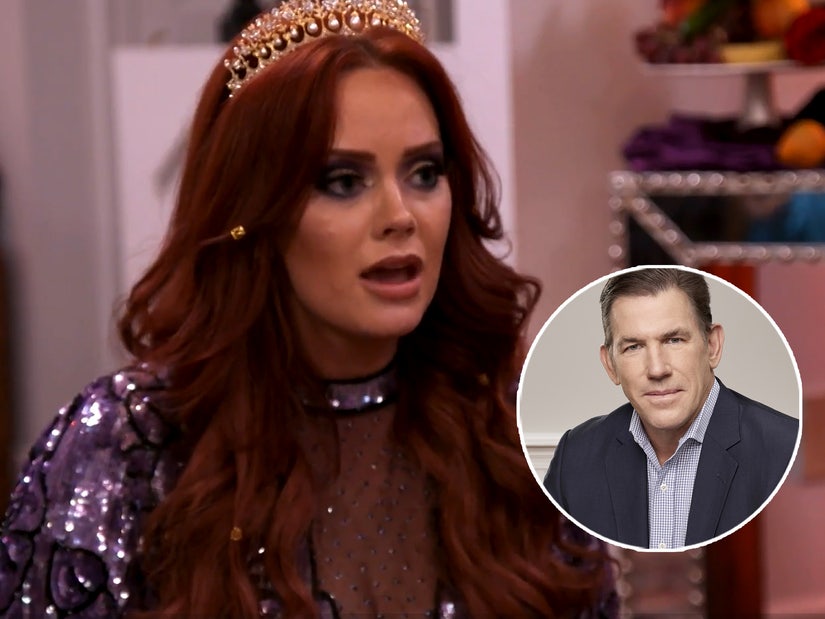 Dennis claims she found a positive pregnancy test in his home, but he said it "must have been someone else."

"Southern Charm" star Kathryn Dennis was blindsided by the news her ex Thomas Ravenel got another woman pregnant.

On Thursday's new episode of the Bravo series, Dennis found out about his baby news over text message ... and not one from Thomas himself.

"Oh, Lord have mercy. Gross, Thomas is such a f---ing liar," Dennis said to herself after reading a text from her lawyer while at a party. She then relayed the news, via whisper, to friend/costar Danni Baird.

"Thomas got a girl pregnant and she's having the baby. I just found out. It's happening," she told her, before repeating herself. She also said the baby mama was already six or seven months along.

"He didn't tell me. My lawyer found out and he confirmed it," Dennis told her shocked friend. As the other women in the cast started to realize something was wrong, they pulled her aside and asked her why was suddenly so serious.

"Thomas is having another baby. I just found out. He confirmed it," she told them. "I'm asking him, 'Why wouldn't you tell me?' He's like, 'Why would I?' Because they'll have a sibling, hello." 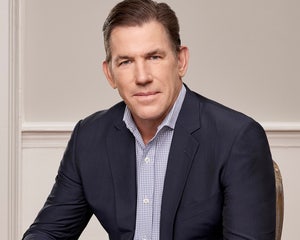 "I knew of her when they dated. A while back I found a positive pregnancy test in his house," revealed Dennis, who was living with her ex while her house was getting painted when the new season filmed. "He was like, 'Wasn't me, must have been someone else.' I heard he had been spotted at an OBGYN with a girl who was showing."

"My family, it's no longer the Ravenels," she bemoaned to her friends, before saying she didn't know what she was going to do as far as living arrangements were concerned.

"I cannot believe I've been living in a house with this man who's been hiding this secret that has a child on the way," she said in a confessional. "Meanwhile, I'm fantasizing, 'Oh maybe, if we got back together this is what it would be like. Wavelengths, you see why we didn't get along?"

Ravenel revealed the baby news in August, after he and Mascoe had already split. At the time, he told Daily Mail that it was "kind of difficult" to explain his new arrival to his children with Dennis.

"This is your half-brother – different mothers, same father," he said he told them. "They were a little confused. In the end I just told them, ''You'll understand when you're older!''