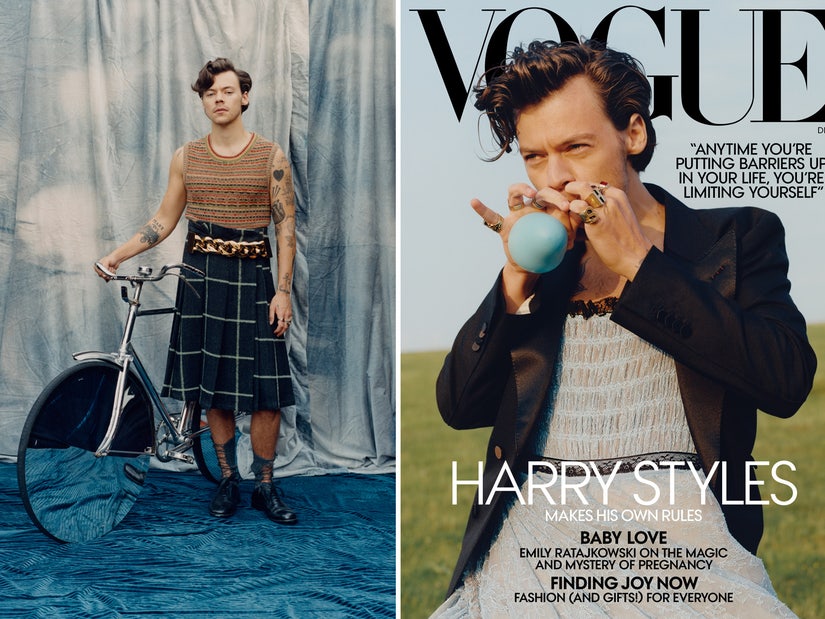 Styles says it's "exciting" the barrier between clothes for men and women is disappearing.

With a last name like Styles, rocker Harry Styles is the perfect choice for Vogue to highlight as the publication's first solo, male cover star in its 127 year history.

The former One Direction star enthusiastically donned a variety of fierce fashions for the December Issue, which he covers in a Gucci dress.

Among the other pieces he rocked throughout the photoshoot: a Victoriana crinoline from Harris Reed, kilted skirts from Comme des Garçons Homme Plus and Wales Bonner and a pussy bow. 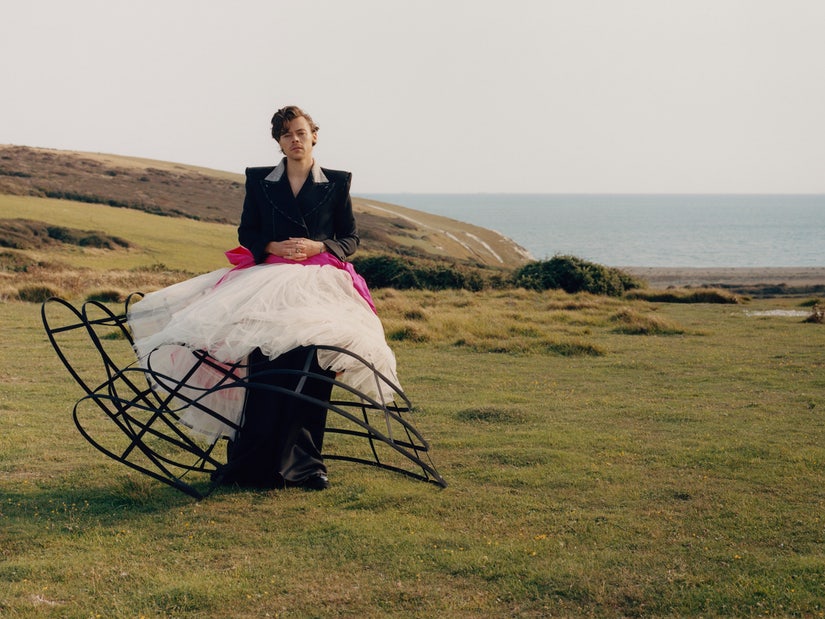 The musician said his love for "fancy dress" began when he was young, as he began to act in school plays. "It was crazy to me that I was wearing a pair of tights" for one show, he explained. "And that was maybe where it all kicked off!"

As someone who likes "playing dress-up in general," Styles explained how exciting it was to see the barriers between fashion for men and women starting to shrink.

"What's really exciting is that all of these lines are just kind of crumbling away. When you take away, 'There's clothes for men and there's clothes for women,' once you remove any barriers, obviously you open up the arena in which you can play," he told the publication. 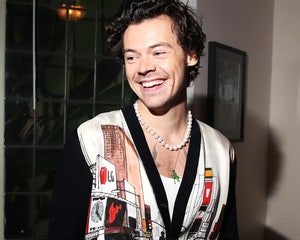 He went on to say he'll often be drawn to clothes for women while shopping for clothes.

"Anytime you're putting barriers up in your own life, you're just limiting yourself," he added. "I think if you get something that you feel amazing in, it's like a superhero outfit. Clothes are there to have fun with and experiment with and play with."

The singer said he's inspired to go all out with his looks thanks to his music idols Prince, David Bowie, Elvis, Elton John and Freddie Mercury -- "showmen" he found "completely mind-blowing" as a kid.

"Now I'll put on something that feels really flamboyant, and I don’t feel crazy wearing it."