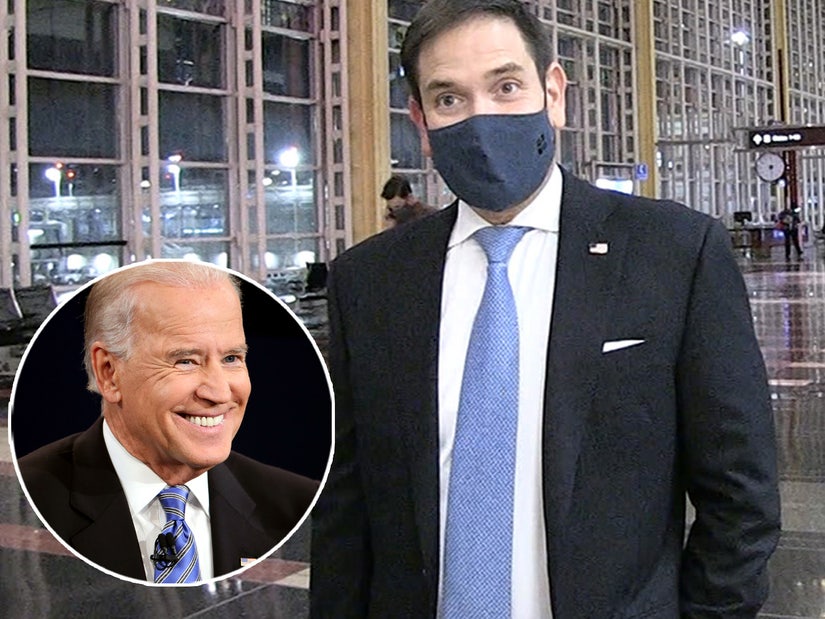 And re: election tampering — "You either have evidence or you don't."

A senior member of the Republican party has conceded it looks likely Joe Biden is going to be America's next President.

Touching down at Reagan Airport on Wednesday, Senator Marco Rubio admitted that while the official results have yet to come in — and Donald Trump is legally entitled to challenge them — the numbers do not paint a rosy picture.

"That's what working through right now," he replied when asked who was going to eventually win the election count. "Obviously Joe Biden is leading in the unofficial count and that's why the media projected it that way."

"Like in any close race, each of the states have laws and there's a deadline for them to certify those races after they do all the counting and all that, and the President has a right to go to court and challenge it."

He added: "So we'll have some official results in about a week but, obviously you know, it's indicating Biden is going to win."

The despite all poll counters calling the election for Joe Biden, the President has refused to concede, claiming widespread voter fraud, but has yet to produce evidence of it.

According to Senator Rubio, opinions on the matter don't matter. 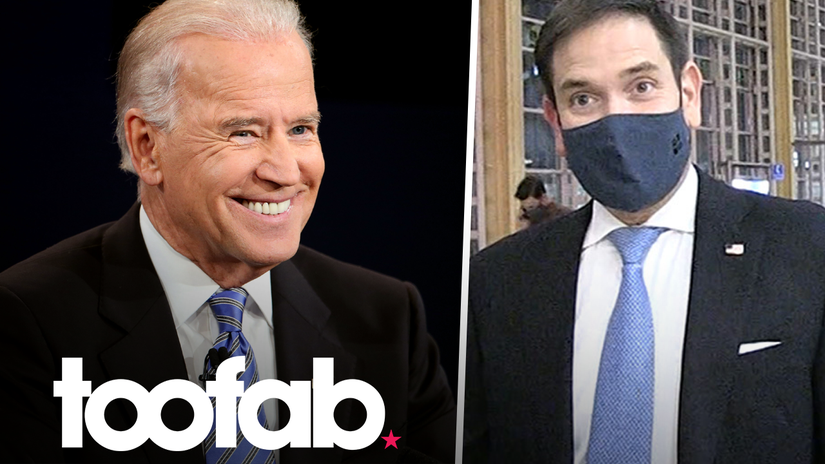 "The courts will decide that, those aren't matters of opinion... you can't go to court and say 'it's my opinion'; you either have evidence or you don't," he said.

"And if they do have evidence, then people will want to know that. And if they don't, then the matter will decide itself."

Senator Rubio said he had "no idea" who would be the one to break the bad news to Donald Trump if and when the moment arrives.

"But it's not how these things are decided," he said. "It's decided when the states certify the results, and then they send their electors. And on December 14th the Electoral College votes. That's how presidencies are decided. That's how they've always been decided."

"Every race we've had in my lifetime, you know, it's been clear who won, and people sort of acknowledged it... but I can't say how this one's gonna play out. Nothing in 2020 is normal."

Nor would he be drawn on whether or not he himself will run again in 2024; it seems like a lifetime ago when Rubio was among the contenders seeking the GOP nomination against eventual winner Trump.

"We haven't even finished this year yet" the Senator smiled. "The way this year has gone who knows what's going to happen between now and the end of it?"

"But these things have a way of working themselves out, and when we get to that bridge we'll either cross it or we won't. Right now I'm just focused on what's happening in Georgia."

The Republican party currently hold 50 seats, while the Democrats hold 48. Should the Dems claim those last two seats, the Senate will be split 50/50, giving Vice President-elect Kamala Harris the power of splitting deadlock... meaning the House, Senate and White House will all be blue for the first time since 2009.

"It's rare you have two senate races that could determine the majority in the Senate," Rubio mused, adding that the final race will "in some ways feel bigger" than the presidency.

Whomever controls what branches, Senator Rubio has one wish for the future of American politics — and it's probably shared by everybody.

"My hope is that we can kind of restore a little bit of sanity to politics," he said, "and that it doesn't just consume every aspect of our lives; that we can go back to finding things in our lives that aren't political... there was a time when everything wasn't political."