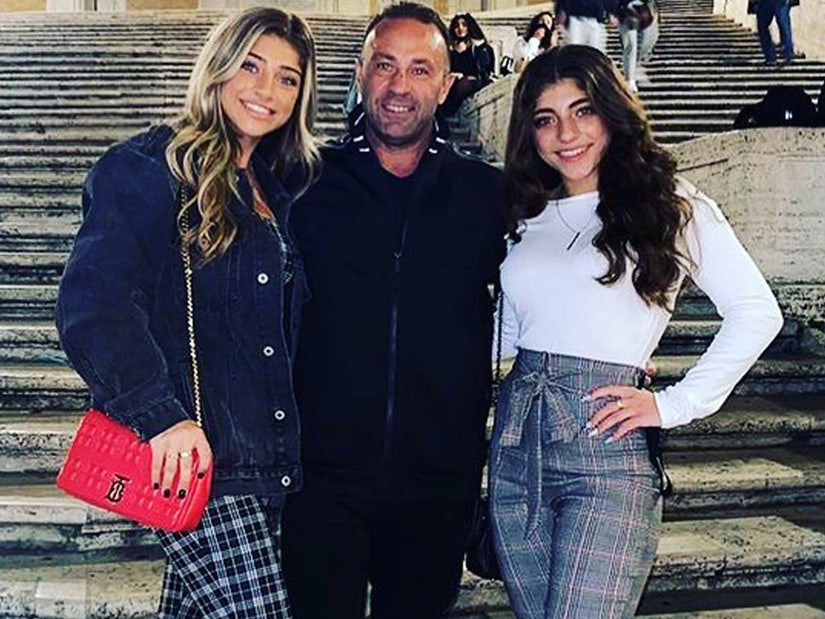 The two sisters arrived in Italy earlier this month, after almost a year without seeing their father.

TikTok dances are never as easy as they look, and Joe Giudice is learning that the hard way.

Giudice, 48, reunited with his daughters Gia, 19, and Milania, 14, after spending almost a year apart due to Joe's deportation and COVID travel restrictions.

On Sunday, November 15, the eldest daughter of the "Real Housewives of New Jersey" family, Gia, posted a video on Instagram of the trio hilariously dancing to "Adderall (Corvette Corvette)" by Popp Hunna.

It came without shock that the teenage sisters quickly learned the choreo, meanwhile Joe didn't exactly keep up... you can see him awkwardly shaking his fists, and moving his hands around in confusion.

The daddy-daughter trio had so much fun filming the first TikTok that they decided to bring another dance to life. This time they pumped their arms to Marv Allen's "Out the Frame." Mr. Giudice took a quick exit and waved to the camera as Gia and Milania finished the routine.

The two sisters arrived in Italy earlier this month, after almost a year without seeing their father.

Gia and Milania have been nonstop, sharing updates on their trip and quickly posted photos of the happy get-together on Instagram. Milania captioned her post: "happy to be back💓."

"My favorite city with my favorite people," Milania wrote on another photo of the three posed up by the Spanish Steps in Rome.

After serving prison time for fraud, Joe was deported to Italy in 2019. Joe and Teresa announced their separation in December 2019, and their divorce was finalized in September 2020.

Since then both have moved on and found a new love to share their life with.

Teresa is eager to reveal her new man to fans on Season 11 of "The Real Housewives of New Jersey." While Joe recently told Wendy Williams he's dating a lawyer.

During his candid interview with Williams, Joe shared that he still talks to his daughters "every day" despite living in another country across the world.

"Milania was just gonna call me now," he said. "I was watching them play soccer yesterday through the phone. So, good thing for the phones. It's better to be there in person, but what are you gonna do? Right now, I wouldn't be able to come there anyway."