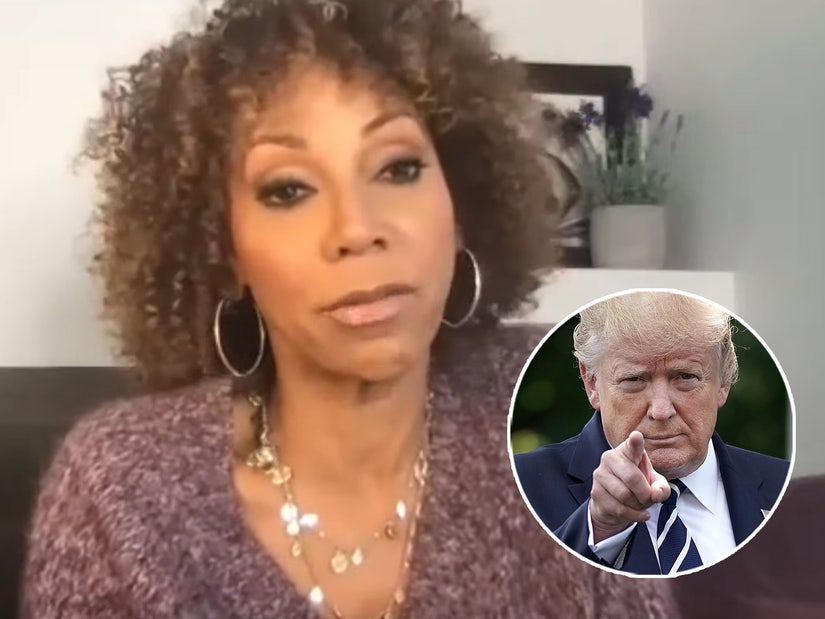 Holly Robinson Peete claimed Donald Trump used the N-word to describe her while she was a contestant on "Celebrity Apprentice."

During an appearance on SiriusXM's "The Karen Hunter Show" on Tuesday, the "21 Jump Street" actress recalled spending a month filming the third season of the reality show in 2010, where she would eventually lose to Bret Michaels in the finale.

"It was a very interesting experience," Peete began. "I found him to be kind of piggish and bullish and stuff, but I didn’t find him to be just this -- who he is now. I did not see that. So, I think the combination of power and corruption and all that stuff just made him go to that next level."

To her face, Trump was "kind of lovely," according to the star, but it wasn't until the show had wrapped that her memory of the racist comment was jogged.

"Shortly after the finale, rumors started going around that he had tossed out an N-word in referring to me," she explained. "And I was like, 'Huh?' And then when the producer told me when it happened during the finale -- I remember the moment."

"I wasn't in earshot, but I could see them deciding between me and Bret Michaels," she continued. "There was a moment where [Trump] was talking with producers and they're really animated and that was when I heard that he said, 'They want the N-word to win.' Because I guess the network wanted me to win or me to be chosen, and Trump wanted Bret. And the quote was, 'They want the N-word to win.' I heard it."

Rumors about Trump using the derogatory term have swirled for years, with actor Tom Arnold claiming he saw a reel of Trump's bigoted tirades and comedian Noel Casler, who worked as a talent wrangler on the show, tweeting about the Peete incident last year.

Meanwhile, at the final presidential debate in October, Trump declared, "I'm the least racist person in this room."

"How could anybody believe that he wouldn't say something like that?" Peete asked on Tuesday's podcast. "I firmly believe he probably uses that language all the time."

As for waiting so long to share her story, the "Hangin' With Mr. Cooper" vet said she didn't think it would resonate after much of Trump's controversial behavior during his presidency has been normalized.

TooFab has reached out to the White House for comment.