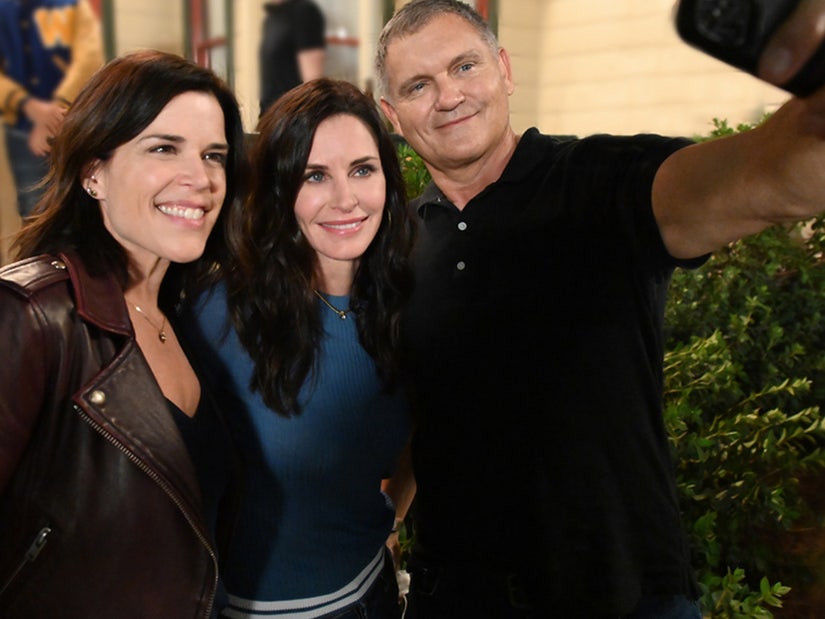 The sequel isn't just returning to Woodsboro, but also appears to have filmed at Stu's home from the first movie.

Sorry, "5cream" hopefuls -- the fifth film in the "Scream" franchise is officially called "Scream." And it's already wrapped filming!

Franchise creator and executive producer Kevin Williamson confirmed the news on his Instagram on Wednesday, sharing two photos from the set showing him with Ghostface, Neve Campbell and Courteney Cox and the official title treatment for the film.

"That's a wrap on Scream, which I'm excited to announce is the official title of the next film!" he announced. "Nearly 25 years ago, when I wrote Scream and Wes Craven brought it to life, I could not have imagined the lasting impact it would have on you, the fans."

"I'm excited for you to return to Woodsboro and get really scared again," he added, saying he believes Craven "wouldn't been so proud" of the movie directors Matt Bettinelli-Olpin and Tyler Gillett made.

He said he was "thrilled" to reunite with Campbell, Courteney, David Arquette and Marley Shelton -- who played Deputy Judy Hicks in "Scream 4" -- on the film and praised "the new filmmaking team and incredible cast of newcomers that have come together to continue Wes' legacy with the upcoming relaunch of the franchise that I hold so dear to my heart."

If you take a closer look at the photos Williamson shared, it appears the movie will return to the home of Stu Macher -- Matthew Lillard's character from the first film. In the original, the whole final act went down following a party at the home. The trim around the windows and the overhang match up to the house.

Someone wearing a Woosboro High varsity jacket can also be seen.