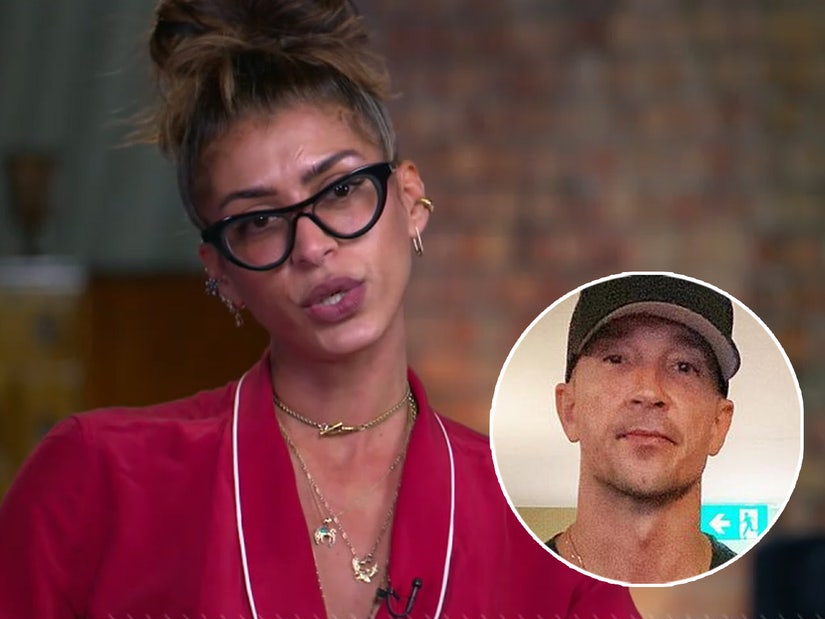 Ranin Karim shares a message to Lentz's wife and anyone sending hate her way.

The woman who claims she had an affair with celebrity pastor Carl Lentz -- leading to his firing from Hillsong Church -- is speaking out.

Ranin Karim appeared on "Good Morning America" on Friday and, in her first television interview since making headlines for her alleged part in the scandal, opened up about how she claims the two met, how she found out who he really was and what happened when his wife Laura discovered the affair.

According to Karim, the two met at a park in New York City and continued to see each other there before he eventually took down her number -- saving it in the Notes app instead of his regular contact list. She said he refused to reveal his last name and told her not to Google him -- simply telling her he worked with, managed and traveled with celebrities.

"He didn't want to say what he does," she claimed, admitting that "it was really strange" he wouldn't disclose his full name.

Karim said she did ask whether he was married and he told her he was, but never wore a wedding ring. "I was like, 'It's all good,'" she recalled, "I was married before, and I didn't want to judge him. I like to meet people, and feel like they're a blank canvas, you know?"

Eventually, she decided to look him up online by searching his phone number, found out who he really was and confronted him.

"I said I know who you are, I'm not here to judge you, but I have a question: is something wrong with your marriage that you're sitting here with me?'" she claimed. "He said, 'No, it's you.'"

Karim told GMA she tried to break off her relationship with Lentz numerous times, but he kept coming back for more. In October, their affair was discovered by his wife, she claimed.

"He called me at midnight and he said ... 'My wife find out. And I gotta go. She saw the text messages,'" said Karim. "I was devastated."

When asked whether she had a message for Lentz's wife, Laura, Karim said she felt "bad" for her. "Woman to woman, I don't think she deserved to be hurt the way that she did," she said. "I never meant to hurt her."

"I know people [are] gonna hate me, think whatever they want to think, but in the end of the day, it's my story," she added of backlash. "I wanted to free myself of what people think of me."

Lentz, who was the New York pastor of the megachurch, was terminated from his position for "moral failures" and "breaches of trust" this month. In a lengthy post shared to his Instagram page, the disgraced pastor confessed to cheating on his wife and confirmed that's why he was let go.

"I was unfaithful in my marriage, the most important relationship in my life and held accountable for that. This failure is on me, and me alone and I take full responsibility for my actions," he wrote. "I now begin a journey of rebuilding trust with my wife, Laura and my children and taking real time to work on and heal my own life and seek out the help that I need."

"I am deeply sorry for breaking the trust of many people who we have loved serving and understand that this news can be very hard and confusing for people to hear and process," he continued. "I would have liked to say this with my voice, to you, in person because you are owed that. But that opportunity I will not have. So to those people, I pray you can forgive me and that over time I can live a life where trust is earned again."

In his message, he made it clear he understood the church's decision, saying that, "When you accept the calling of being a pastor, you must live in such a way that it honors the mandate. That it honors the church, and that it honors God. When that does not happen, a change needs to be made and has been made in this case to ensure that standard is upheld."

"I did not do an adequate job of protecting my own spirit, refilling my own soul and reaching out for the readily available help that is available," he added. "When you lead out of an empty place, you make choices that have real and painful consequences."

He concluded his post by saying, "We, the Lentz family, don’t know what this next chapter will look like, but we will walk into it together very hopeful and grateful for the grace of God."