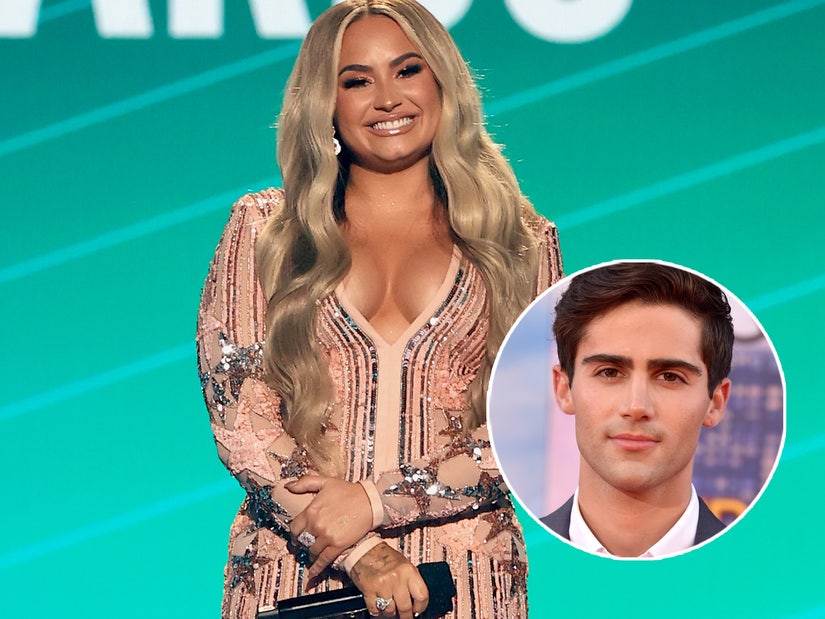 While her fans were praising her new look, her ex had something else to get off his chest.

Demi Lovato made headlines for poking fun at her failed engagement to Max Ehrich while hosting the People's Choice Awards earlier this week -- but her ex wasn't laughing.

During her opening monologue, the singer cracked that she "did what everyone else did" during coronavirus quarantine: "I went into lockdown mode, and got engaged." She continued, "I got into painting, photography, meditation, tested the limits of Postmates Unlimited. I also, didn't know this could happen, but I reached the end of Instagram four times. I binged seven seasons of 'Pretty Little Liars,' got unengaged, then went looking for aliens in the desert."

Ehrich made it clear he wasn't a fan of the joke on Thursday, jumping into Lovato's Instagram comments on a post in which she was just trying to show off her edgy, new haircut.

In one comment he wrote, "Stop talking about me on award shows. Thanks." He followed that up with another reading, "exploiting our breakup for clout at PCA is not chill." Demi did not respond.

Lovato and Ehrich called off their engagement back in September, following a whirlwind romance which began only six months earlier in March. Following the split, Lovato released the breakup single "Still Have Me," before Ehrich released one of his own titled "Afraid." He also made similar exploitation claims on social media.

"I was in love," the "Under the Dome" actor said in an October Instagram Live. "The whole world should f--king know it. I thought I found the real deal, now I found out that I was used. But I hope the song is number one, because you know what, if that's what someone wants in the material world, here you go, you have it."

"I hope this makes you happy. Enjoy," he added. "You just lost someone who loved you fully, completely, infinitely, for everything."

Lovato, meanwhile, has remained largely silent on the specifics of the split.