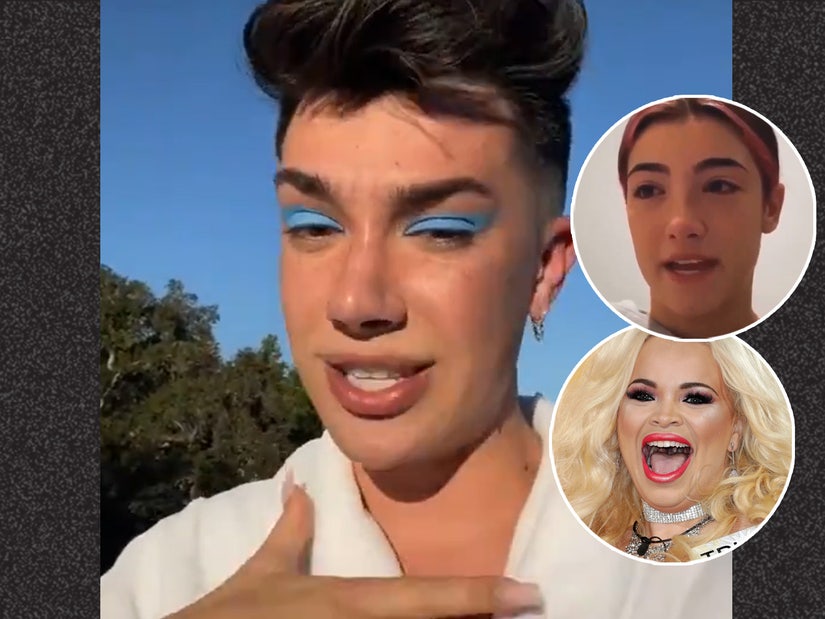 "I have now been accused of being a child groomer and this is not an accusation that I'm going to take lightly," Charles said.

On Thursday, the beauty vlogger took to his Twitter in support of D'Amelio, who has been receiving major backlash and lost almost a million followers after a recent video had some fans painting her as disrespectful and entitled.

ICYMI, during the "Dinner With the D'Amelios" video that premiered Wednesday, Charli appeared to give grossed out looks as a personal chef served her family a multi-course meal. D'Amelio, the most followed person on TikTok, also lamented not hitting the 100 million follower milestone in a year.

"Ugh, I just wish I had more time because imagine if I hit 100 mil one year after hitting a mil," she exclaimed. Charles, who was the "mystery guest" at the dinner, cracked, "95 million not enough for you?"

"this charli situation is NOT sitting right with me..." Charles tweeted. "100M followers in one year & y'all expect her to know how to be a perfect role model? death threats because she's a picky eater & made a joke about a milestone? 30+ year olds dragging someone half their age? feels familiar."

Definitely have always said no one deserves to be cancelled. Everyone has room for growth/positive influence. Except James Charles. Please cancel him. He a forever victim with a superiority conflict, has never said sorry his whole life/hangs out with an underage girl regularly

THATS HOW U CLEAR A BITCH pic.twitter.com/c7PeX26IL8

Meanwhile, Paytas was part of the D'Amelio backlash pack, saying on her own TikTok, "You have very entitled behavior, both you and your sister. It's unbecoming." She also turned her attention to Charles, 21, calling him "predatory" for being pals with D'Amelio, 16, and asking for him to be "cancelled."

"Definitely have always said no one deserves to be cancelled," she tweeted. "Everyone has room for growth/positive influence. Except James Charles. Please cancel him. He a forever victim with a superiority conflict, has never said sorry his whole life/hangs out with an underage girl regularly."

This did not sit well with the cosmetics guru.

"I didn't want to respond to this because I didn't want to give Trisha the attention that she's clearly craving, however, I have now been accused of being a child groomer and this is not an accusation that I'm going to take lightly," Charles said on TikTok. "To insinuate that the relationship between Charli and I is anything other than just a friendship is absolutely disgusting." 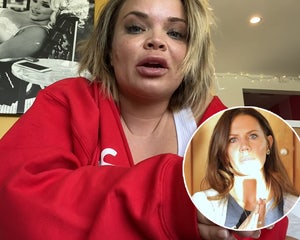 "I don't need Charli and Charli does not need me," he continued. "I became friends with the D'Amelio family as a whole very, very early on because this was all very, very new to them and I wanted to be a friend and a mentor in any way that I possibly could. And Charli and I, despite not being the same age, had one thing in common, which is coming into the spotlight at a very, very young age."

Charles then came for Paytas', saying, "This is something that Trisha has never experienced because the only reason she is in the spotlight is because she has said racist things, she has said the N-word, she's done blackface, she offended the trans community, she offended the DID community, she said Hitler wasn't that bad of a guy, voted for Trump, and has started a fight with about every single other creator on this platform."

Many of Charles' claims about Paytas have been reported on, although she previously said she voted for Joe Biden.

"You are in no position to be talking about me and my career," Charles continued. "So I highly recommend that you stop starting fights with people that are half your age, pack it up, and work on holding yourself and your best friends around you, because they and you are the problem," he added.

TooFab has reached out to Charles, D'Amelio and Paytas for comment.