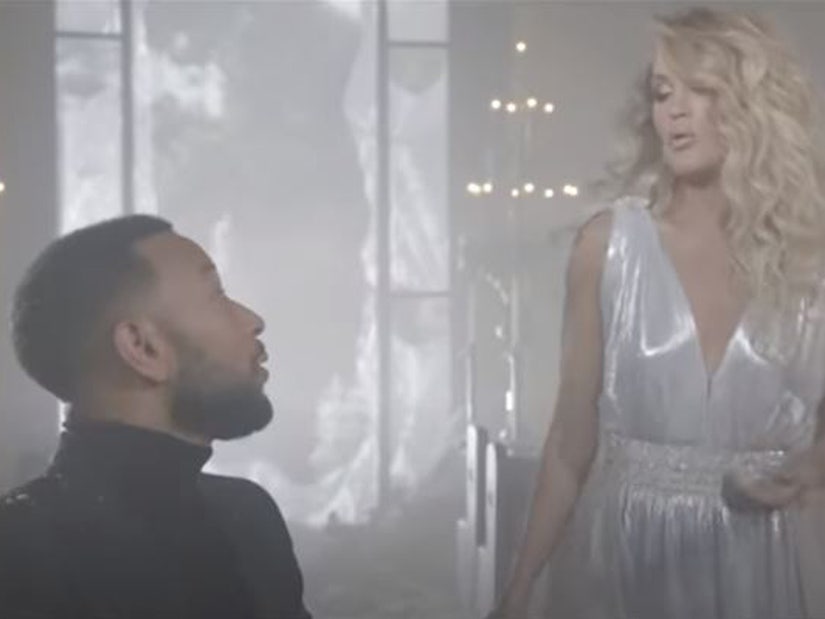 Legend will also appear in Underwood's HBO Max special for her holiday album "My Gift."

Carrie Underwood and John Legend kicked off the holiday season by releasing the music video for their powerful duet "Hallelujah."

The two music icons belt out the lush ballad, written by Legend and Toby Gad, in a winter wonderland as snow falls and carolers gather outside.

"This song and its message is much needed right now and I'm honored to have it on my Christmas album, 'My Gift,'" Underwood said on her Instagram Stories. "I hope you like it."

"Now more than ever we need to focus on what Christmas is about and rely more on our family," the country music singer previously said in a statement about the album, which debuted in September. "Even though it has been a tough year, sometimes I feel like the greatest realizations can come in the worst times."

"The journey of writing and recording this album started last year when I finished my tour and we could have never anticipated the circumstances we would be in this year," she continued. "Creating this album has been good for my heart, and I'm thrilled to get to share it with the world and to bring it to life with Playtone and HBO Max."

"My Gift" was Underwood's eighth straight album to debut at the top of the Billboard Country chart.

Check out the festive flick above!