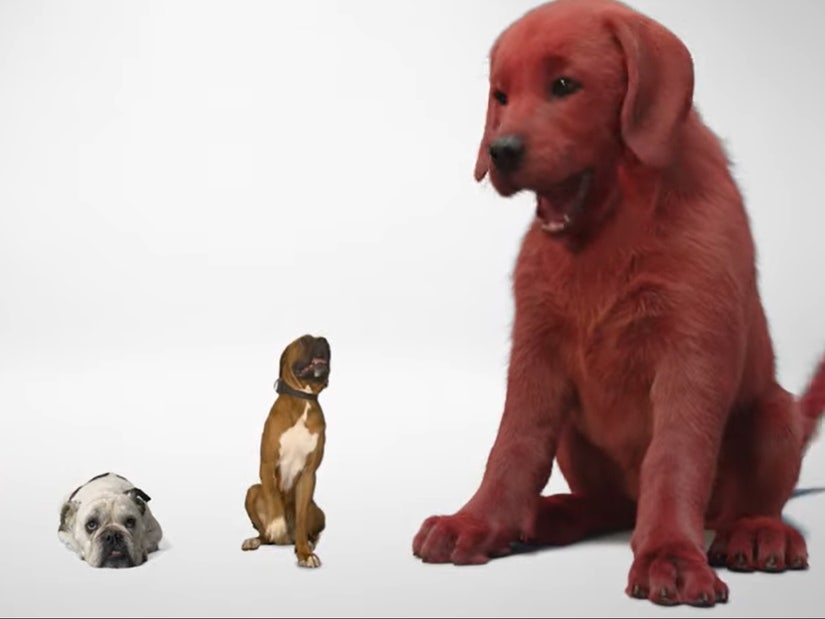 "Clifford the Big Red Dog" is headed to the big screen.

On Wednesday morning, Paramount Pictures dropped the first glimpse at its live-action adaptation of the Scholastic books.

While only a teaser, the footage shows off the titular pooch in all his glory -- and includes a few real, smaller dogs for perspective, so viewers can get an idea of how large he actually is.

"When middle-schooler Emily Elizabeth (Camp) meets a magical animal rescuer (Cleese) who gifts her a little, red puppy, she never anticipated waking up to find a giant ten-foot hound in her small New York City apartment," reads the official synopsis.

"While her single mom (Guillory) is away for business, Emily and her fun but impulsive uncle Casey (Whitehall) set out on an adventure that will keep you on the edge-of-your-seat as our heroes take a bite out of the Big Apple," it continued. "Based on the beloved Scholastic book character, Clifford will teach the world how to love big!"