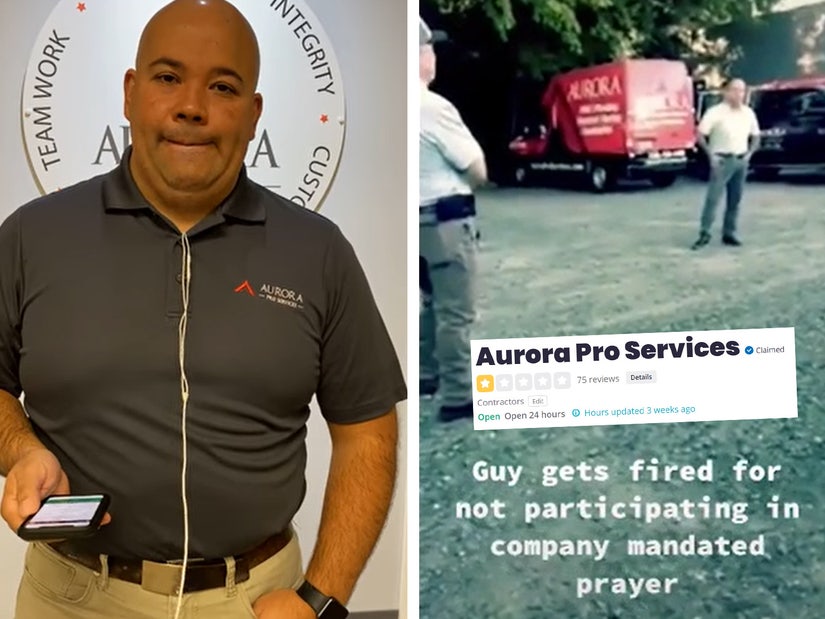 The wrath of God may be powerful — but the wrath of Yelp reviewers might come a close second.

A plumbing company in North Carolina found its rating sinking faster than Noah's neighbors on Wednesday after a video began circulating purporting to show an employee being fired for refusing to pray.

The clip, shared on Reddit, appears to show the owner of Aurora Pro Services in Greensboro telling his employees in the parking lot that they have to participate in company mandated prayer. 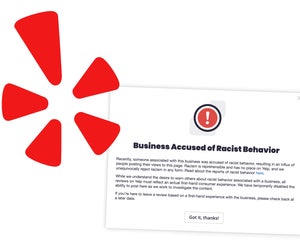 "You're getting paid to be here. This is our first core purpose. So if you don't want to participate, that's okay. Leave your stuff here, you don't have to work here. It's not an option."

When one employee objects, he is cast out.

"Well you can't work here," he tells him. "So what are you going to do? Listen, you can go get an attorney, leave your stuff here — we're done."

Within hours, the internet did its thing and began leaving reviews on the company's Yelp page — and they weren't exactly high praise.

"Why am I leaving Aurora Pro Services a bad review? Jesus told me to. It is my first, core purpose. After engaging in voluntary prayer, the Lord has shown me the light. Aurora Pro Services is an unjust and unfair company that enforces their beliefs on others and treats their employees poorly," one wrote.

"Wouldn't provide service unless I joined them in prayer. So I agreed but they got super scared when I lit a pentagram on fire and began chanting. Just left without a word," another recalled.

"Denied me service because Jesus isn't my homeboy," a third claimed.

"I need someone to fix my roof. Guy said only thoughts and prayers will fix the problem," a fourth added.

Many pointed out that according to US employment law, sacking someone over their religious beliefs (or lack thereof) is illegal, and predicted the company was destined for a big lawsuit.

"Personally, I'm a follower of the Catholic Church. Haha jk religion is for children. This guy needs to be sued to the end of the world and back. Forcing your religion on others is illegal as all hell you idiot," one more barbed.

"I could call the owner a bunch of things, but broke is probably the best descriptor of what he will be once he has to pay for the settlement for discrimination and wrongful termination," opined another.

"I almost feel bad for them. They did this to themselves. God hates people who interpret his words for hatred. Jesus said turn the other cheek. Neither said fire people who don't wanna pray. Y'all are stupid. Hope they owner has enough money to pay his former employee," said a third.

One reviewer quoted a Bible passage, from the Gospel according to Peter:

"So I exhort the elders among you, as a fellow elder and a witness of the sufferings of Christ, as well as a partaker in the glory that is going to be revealed: shepherd the flock of God that is among you, exercising oversight, not under compulsion, but willingly, as God would have you; not for shameful gain, but eagerly; not domineering over those in your charge, but being examples to the flock." 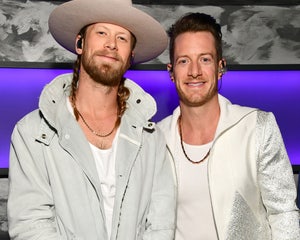 The plague of bad reviews was so torrential, it (correctly) triggered Yelp's new suspicious activity feature that prevents people from reviewing based solely on media reports.

According to the company profile on Yelp, Manager Oscar David "is serving God by creating a culture that so far is changing the lives of the men and woman of the organization."

"Every morning our company starts their day with the reading of the Holy Gospel, a prayer, we listen to our CORE Values and in unity pray for someone who needs healing."

Indeed on its Facebook page, Oscar films himself every day preaching the Gospel — and in Wednesday's he correctly predicted the extra attention the viral firing video was about to bring:

"A very good morning to you — and to all of these extra viewers that we are about to have," he began, before reading an apt passage from Luke's Gospel... about religious persecution.

Warning that some of those who profess their faith in Jesus will be put to death, he quotes: "You will be hated by all because of my name, but not a hair on your head will be destroyed".

TooFab has reached out to Aurora Pro Services for comment. 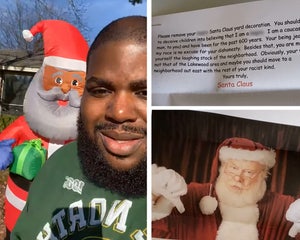 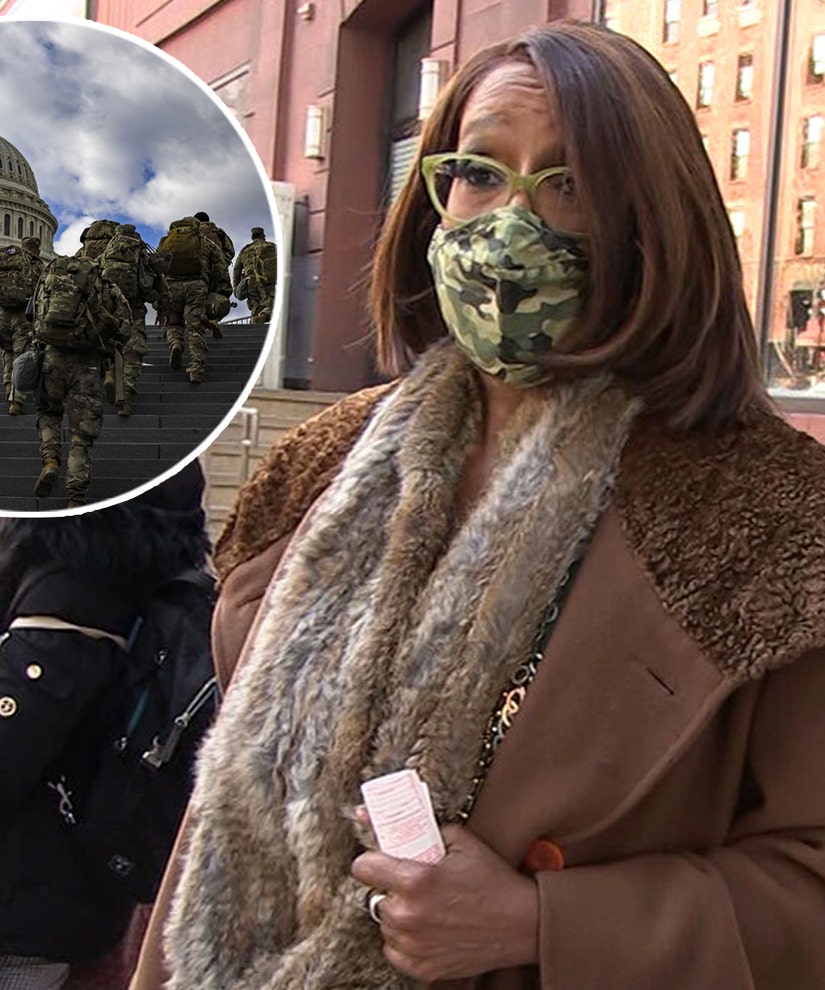 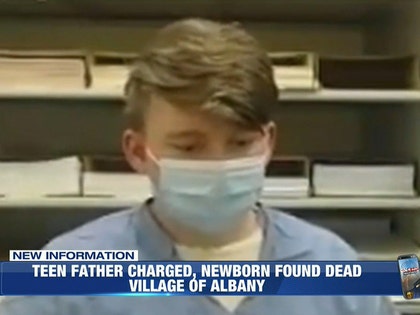 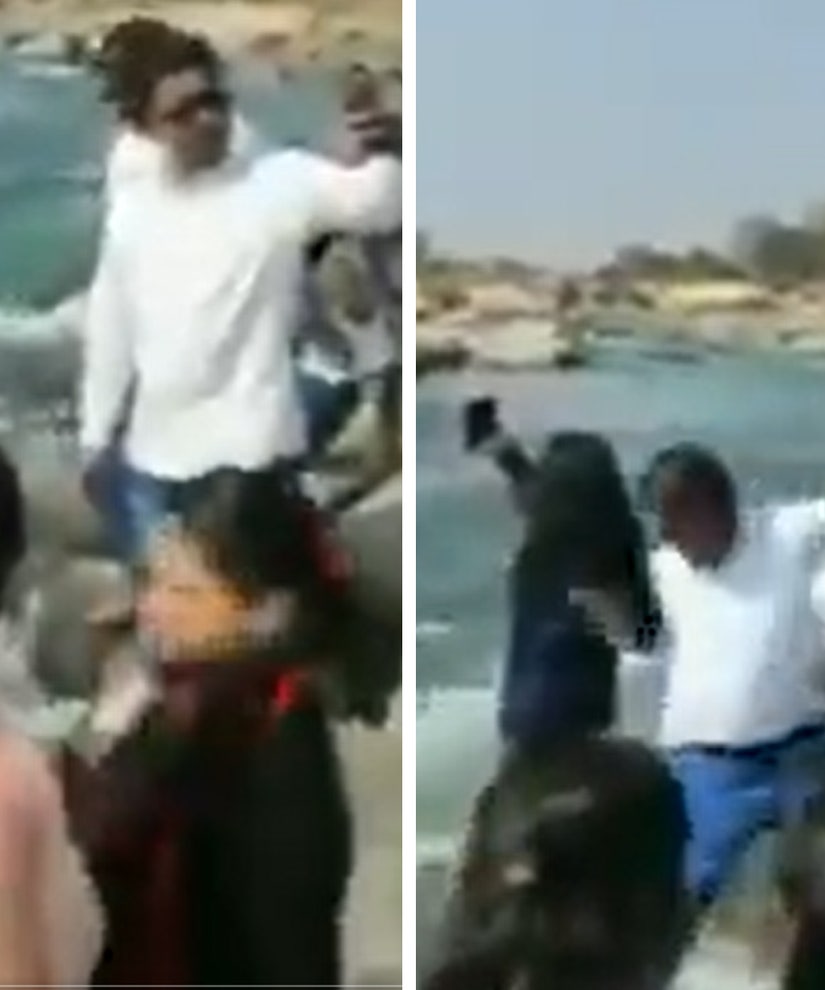 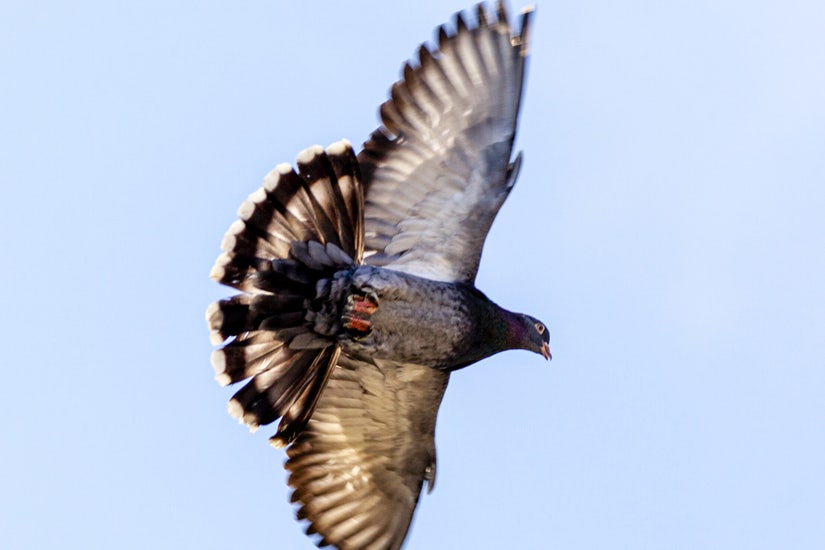