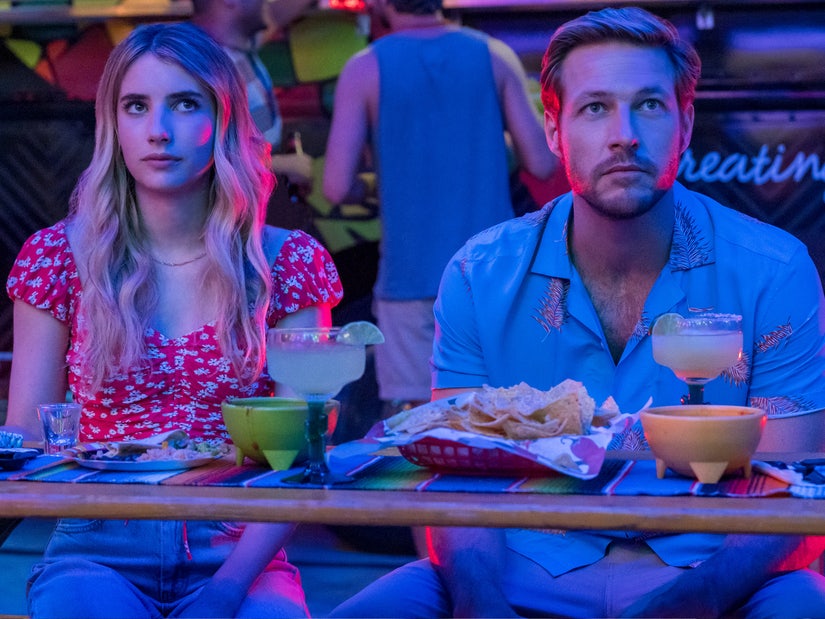 Netflix has got you covered this holiday season!

It's time to cozy up on the couch with hot cocoa and get in the spirit with some seasonal movies! Thankfully, Netflix has options for every member of the fam when it comes to Christmastime flicks.

This year, Netflix is geared up to release 10 new original movies ranging from rom-coms to animated films that feature stars like Dolly Parton, Kurt Russell, and Kristin Chenoweth. There's sure to be something that both kids and adults will love! If you're looking for a laugh, give "Holidate" a chance and if you're watching with a younger audience, "Alien Xmas" is sure to please.

If you can't find a flick here that you like, Netflix has hundreds of other holiday films from years past (they just added classic "White Christmas") or take a look at what Hallmark has in store this season!

In "Holidate," strangers Sloane and Jackson constantly find themselves single, sitting at the kids table, or stuck with awkward dates. When they meet amid a bad Christmas season, they make a pact to be each other's "holidate" for every festive occasion throughout the next year. The duo find themselves caught up in some hilarious and provocative hijinks over the course of the following 12 months and eventually realize that there may be more to their relationship than just a mutual hatred of holidays.

During a visit to a tropical U.S. Air Force base, a congressional aide must determine if the base should be shut down, despite their annual delivery of Christmas gifts and supplies to Pacific islands. Along the way, she finds herself falling for the base's big-hearted captain.

Musical "Jingle Jangle: A Christmas Journey" follows legendary toymaker Jeronicus Jangle whose life was changed when one of his most prized creations was stolen by his trusted apprentice. It's now up to his equally bright and inventive granddaughter -- and a long-forgotten invention -- to heal old wounds and reawaken the magic within.

Stacy and Margaret are back at it again in "The Princess Switch: Switched Again." Ahead of the royal coronation, Stacy helps Margaret give her relationship with Kevin one more chance. Their switch up gets complicated when a new lookalike gets mixed up in their holiday plans.

Celebrate an intergalactic holiday in the new animated flick "Alien Xmas!" When extraterrestrials attempt to steal Earth's gravity, a little alien named X must save the world and on the way, learns that in a world full of stuff, things aren't meant to be taken, but given.

6. "Dolly Parton's Christmas on the Square"

Dolly Parton's new musical holiday flick will bring the whole family together and have you singing along to 14 of her new original songs. "Christmas on the Square" follows a greedy, small town "Scrooge" as she's visited by a rhinestone-bedazzled angel who guides her on a musical journey of redemption.

Two years after the original installment of "The Christmas Chronicles," Kate finds herself spending Christmas in Cancun with her mom's new boyfriend and his son Jack. Unwilling to accept this new version of her family, Kate decides to run away. But when a mysterious, magical, troublemaker named Belsnickel threatens to destroy the North Pole and end Christmas for good, Kate and Jack are unexpectedly pulled into a new adventure with Santa Claus.

Documentary "Dance Dreams: Hot Chocolate Nutcracker" follows students at the Debbie Allen Dance Academy and is so fitting for the holiday season. The film follows the young dancers as they prepare for their genre-busting, cutting edge rendition of "The Nutcracker."

Relive Christmas over and over in "Just Another Christmas" where grinchy Jorge takes a nasty fall and wakes up one year later, with no memory of the year that has passed. He quickly realizes he's doomed to repeat Christmas Eve over and over while dealing with the aftermath of what he unknowingly did the other 364 days of the year.