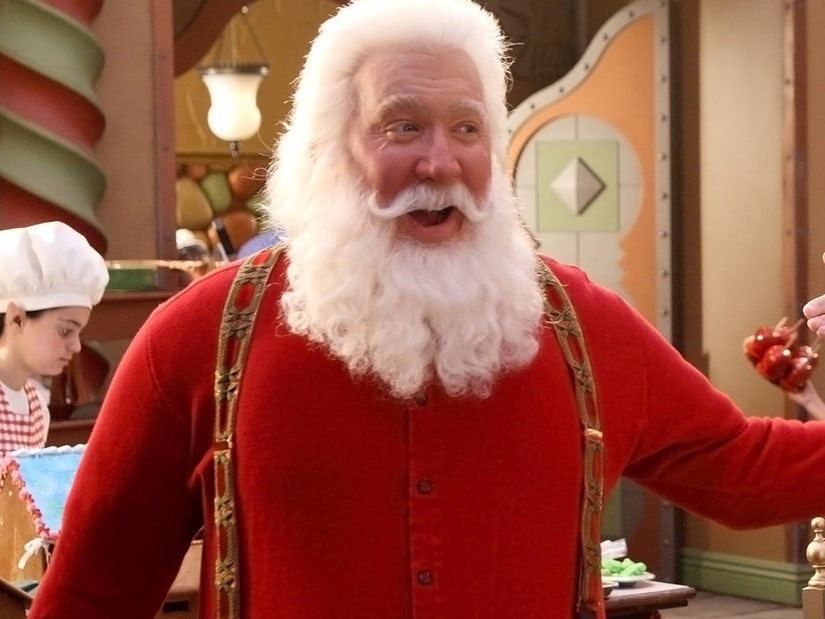 Santa Claus is coming to...a streaming service near you!

What Christmas movie is complete without an appearance from Santa Claus? While the real-deal Santa doesn't have quite enough time to make his big screen debut, he's had plenty of actor friends don the red suit on his behalf.

Over the years, a wide variety of actors have played the part -- most portraying Santa as the jolly old man that everyone loves while a select few have given him a more modern twist. From Tim Allen to Kelsey Grammer to Billy Bob Thornton, each actor has a slightly different take on Santa.

Kurt Russell took on the role of St. Nick in both "The Christmas Chronicles" and its sequel, which is set to be released on Netflix on December 3rd. In the films, Kurt chose to give his portrayal of Santa a modern twist.

Billy Bob Thornton gave the role of Santa his own dark twist in 2003's "Bad Santa" and its 2016 sequel. He even admitted to actually being drunk during a scene where he portrayed the alcoholic department store St. Nick.

"I drank about three glasses of red wine for breakfast... Then I switched over to vodka and cranberry juice, and then I had a few Bud Lights. By the time I got to that scene there, I barely knew I was in a movie," he told Entertainment Weekly.

Patton Oswalt brought Santa to the big screen in 3D when he portrayed a mall Santa in "A Very Kumar and Kumar 3D Christmas" back in 2011. 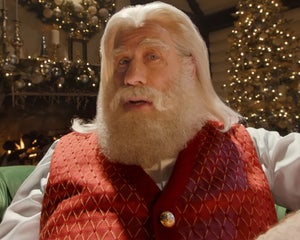 As one of the most iconic on screen Santa's, Tim Allen took on the role three times in "The Santa Clause" and its sequels. Tim's character started off as an ordinary businessman until he accidentally killed Santa and magically transformed into the jolly old guy himself. But Tim revealed that the movie originally even had an even darker beginning!

"The original 'Santa Clause' is a little darker, written by two comedians, and I actually shot and killed Santa, in the original movie," Tim explained, adding that DreamWorks CEO Jeffrey Katzenberg was adamant that a Christmas movie couldn't start that way.

In "Elf," Ed Asner played a lovable Santa Claus who sent his adopted son Buddy to New York City on a quest to find his birth father. Ed has praised co-star Will Ferrell for his incredible role in the film.

"[He was] brilliant. Will influenced my every move. I'm the definitive Santa Claus," Ed told Digital Journal.

John Goodman brought "The Year Without a Santa Claus" to life in the 2006 TV adaptation of the classic claymation. It followed Santa the year that he decided to take off from delivering presents.

John joked that he'd been preparing for the role for quite some time, explaining to get ready for the movie "you overeat for 40 years and you give your money away a lot."

In "Fred Claus," Paul Giamatti played Santa, whose older brother Fred was resentful of his Christmas spirit. When Fred tries to scam his brother into loaning him $50,000, Santa demands he come to the North Pole and earn his money by helping in his workshop.

Paul explained that getting into character wasn't hard, as he used what he learned about Santa throughout his life. "I just figured there's the archetype of what the guy's supposed to be like in your head. That part of it, the 'ho, ho, ho' thing, I figured if I could get that right – which I had to practice – I was halfway there. Other than that, it was a character that was its own character, so I wasn't worried too much about being the definitive Santa. I just happened to be the right guy for this one," Paul told Indie London. 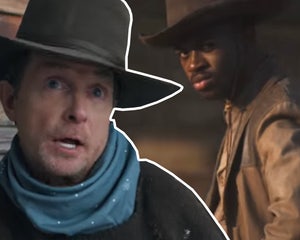 In "Mr. St. Nick," Kelsey Grammer played a young Santa who was reluctant about taking over the role from his father. While living a life of luxury in Miami, he gets enticed into portraying a fictitious Santa Claus for a charity which leads him on a journey that reconnects him with his family.

Ben Affleck took on the role of Santa of sorts in "Reindeer Games." In the flick, Ben's ex-con character is blackmailed into joining in on a heist and ends up having to dress up as Santa on Christmas Eve during a casino robbery.

While Jim Carrey may have played the Grinch in "How the Grinch Stole Christmas," he technically did don the Santa outfit as a disguise while attempting to ruin Christmas in Whoville! 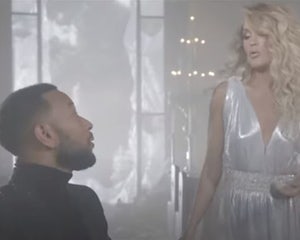 Paul Sorvino took on the role of Santa in "Santa Baby 2," which follows St. Nick in the midst of a "late-life crisis" as he gets ready to turn over the reins to his business-minded daughter Mary.

Bryan Cranston lent his voice to animated special "The Santa Claus Brothers," where Santa must choose which of his three sons will take over the family business. He proposes a contest and whichever one of his triplets can first understand the true meaning of the holiday can take over the coveted role as Santa.