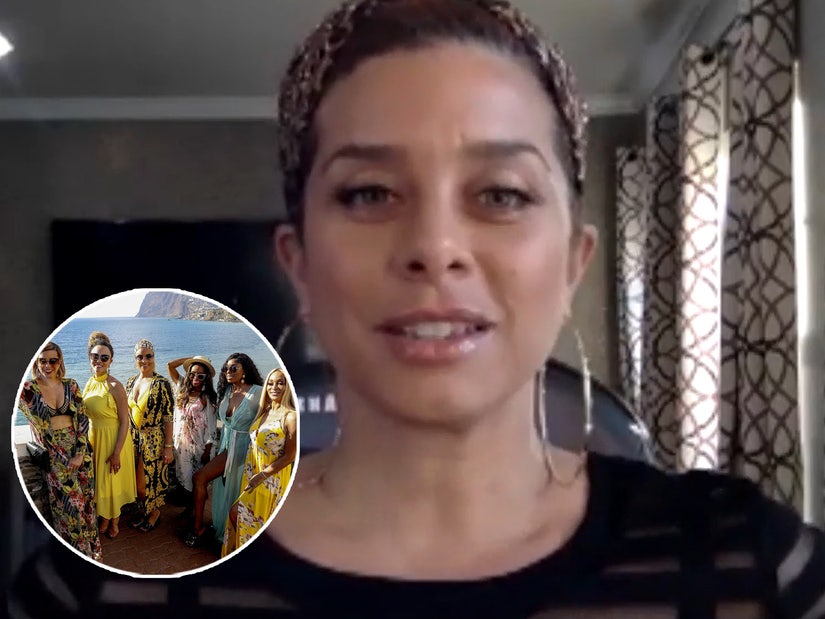 "He definitely had to jump in and try to attempt to get people under control," Robyn said of her fiancé Juan.

It looks like the ladies aren't the only ones to bring the drama on "The Real Housewives of Potomac."

During a teaser for the season finale of the hit Bravo series, it appears the husbands of the Housewives get into an altercation at a swanky party, with Ashley Darby's beau, Michael Darby, having words with Candiace Dillard's main squeeze, Chris Bassett.

The confrontation looks every bit "RHOP" dramatic, and TooFab had a chance to chat with cast member Robyn Dixon about the incident, which included a few appearances by her fiancé, Juan Dixon.

"So Juan was trying to diffuse the situation," the 41-year-old fashion cap entrepreneur began. "Juan is very good at, you know, kind of like separating people, trying to pull people apart. He wanted no part of that. And so, he definitely had to jump in and try to attempt to get people under control."

At one point in the melee, Michael tells Chris to "control" his wife, to which Chris pushed him and replies, "Michael, you should get the f--k out of my face," per US Weekly.

Ashley then barrages Chris, bringing up Candiace's fight with Monique Samuels, yelling "Oh, you wanna talk s--t about Monique though, right? OK, so Monique has no self-control, but what do you have? You have no self-control, do you? But you want to cry when your wife when gets hands put on her for acting like a fool."

"[Juan] wants no parts of anything like that," Robyn told TooFab. "Like, that's just not how he would conduct himself out in public. You know what I mean? He's a college basketball coach. And so that's really not something that you would expect to see from someone in his position -- to be behaving."

"He's always the one trying to stop situations." 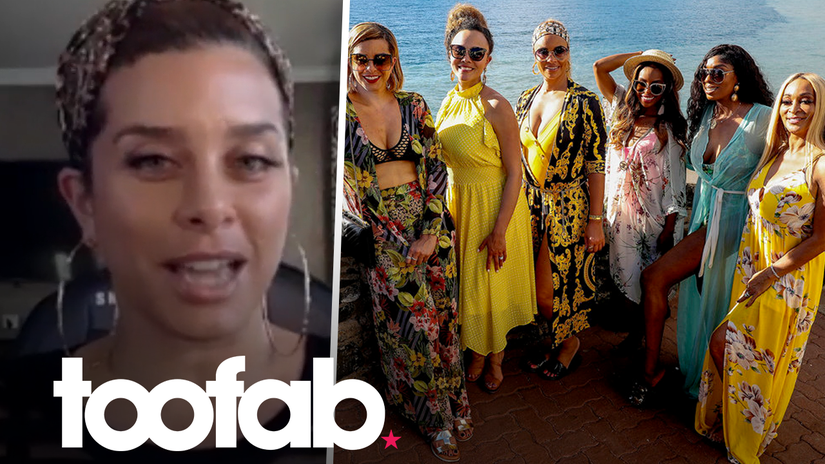 That also includes the arguments that go down between the Housewives, as Robyn explained how he reacts when she discusses the latest drama with him.

"I'll come home and tell him what happens and he'll sometimes tell me that I need to shut up or mind my business or stop talking or whatever. You know what I mean?" she said with a laugh. "Like, he's totally trying to just like put all the fires out."

As for Robyn and Juan, the season finale has a lot in store for them too, according to the star.

"It was unfortunately leaked on Instagram, on social media when it did happen, so you will see an engagement," Robyn confessed. "But I think it'll be very cool just to see we kind of have some discussions and we go to a therapy session, so you'll see us like really talking through our relationship. So it'll still be exciting to see us get there."

"I didn't expect [the engagement] to happen, especially not on camera, cause that's just not like Juan -- he's a very private person. Our first engagement was on the beach in Miami, just he and I. So I really didn't expect it to happen in front of anyone except maybe my kids or my parents or something, but I wasn't expecting it to happen."

Catch all the excitement on the season finale of "The Real Housewives of Potomac" this Sunday on Bravo.