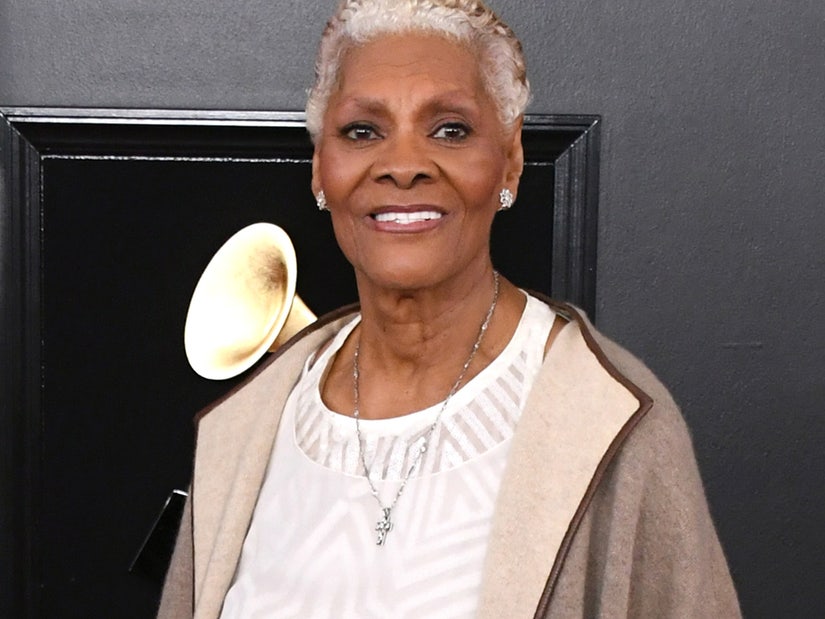 Warwick ... or someone posing as her ... went viral for roasting Chance the Rapper and The Weeknd over the weekend.

Dionne Warwick may be the new Queen of Social Media, but is she doing it by herself? According to her, yes ... and no.

The legendary, 79-year-old singer has been dominating Twitter recently, thanks to her witty tweets, roasts of fellow musicians and sweet conversations with other big stars. But with followers questioning who exactly is writing her posts, Warwick posted a video to her feed Monday directed at "all you tweeters who decided I don't tweet my own stuff."

Came here to find foolishness in my replies. I am rushing to into an interview and this is the last time I’m saying this. Thanks. pic.twitter.com/En49BaoGRK

"I want you to know, I am and I'm getting very, very, very good at it," she continued. "I have a wonderful niece, her name is Brittani, and she said, 'Aunt Dionne, you'll have a lot of fun if you get on this with me.' I said, 'Okay, teach me how to do it,' she did and I am doing it. "

"So, that should quell all your sayers. And if it doesn't, deal with it," she added.

While sure to shut some up some doubters, another interview Warwick did on Monday complicated the issue a bit. Appearing on Radio Andy, she also confirmed she's not always the one hitting send on those messages.

"You are quite funny on Twitter. Do you do your own Twitter, Dionne?" asked Andy Cohen during an interview following a particularly memorable weekend for Warwick on social media.

"No, I don't," she admitted with a laugh. "I have my niece, Brittani is a hysterical person. She's funny as all get out ... I told her she should have been a comedienne."

She added, "[Brittani] has a wonderful way with words and my PR people also feel that they, they can put a little few things in there for me."

While it appears Warwick's feed is actually a combination of tweets from Dionne herself, her niece and others in her "team," she previously made it known everyone she works with shares her personality. "None of us have a filter," she tweeted, "I wouldn't hire them if I did."

Warwick has also shot down tweets in the past from people speculating someone else was behind her account. She's even shared a couple videos showing her responding to fans, jokingly calling herself "the Queen of Social Media" and saying she's been "having a ball" interacting with her followers.

Watch my many interviews and videos on this, baby. I’m tired of this one. https://t.co/NTlNGA7iQw

I have been reading through your question submissions. Don’t worry. I didn’t forget. 👀 pic.twitter.com/iAvLEi6dNJ

This past weekend, Warwick made headlines for her interactions calling out both Chance the Rapper and The Weeknd -- who were understandably thrilled to be Twitter targets for the icon.

Hi, @chancetherapper. If you are very obviously a rapper why did you put it in your stage name? I cannot stop thinking about this.

I am now Dionne the Singer.

I will be whatever you wanna call me Ms Warwick. God bless you 💙💙

The Weeknd is next. Why? It’s not even spelled correctly? @theweeknd

If you have “The” in your name i’m coming for you. I need answers today.

I just got roasted by Dionne Warwick and I feel honored! You just made my day 😂❤️❤️❤️ https://t.co/uO9e0h067q

It’s all in good fun. Of course I am just kidding. Those talented young men were good sports & very respectful! Enjoy your Sunday. Stay kind. 🥰

She also had a recent interaction with Taylor Swift, who was equally honored to get a mention.

I just saw that you tweeted me!! I’m a huge fan and I respect you so much, thank you for wishing me well. I hope you have a wonderful holiday season, thank you for spreading joy 💕🥰🙏

TooFab has reached out to reps for Warwick for some clarification on what she is and isn't tweeting -- but, regardless of who's doing what, they're all doing a great job ending 2020 on a hilarious note.