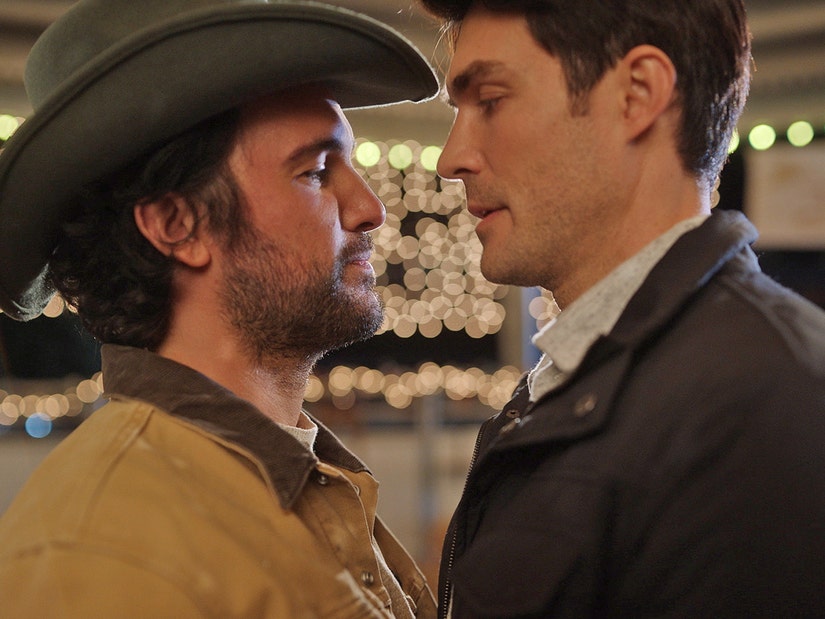 The out actors also sound off on whether straight actors should play queer roles.

After years of crumbs for LGBTQ audiences, TV and film studios finally decided to make the yuletide a little more gay.

In a record year for representation, Paramount Network, Lifetime, Hallmark, Hulu, Amazon Prime and Netflix are all offering up holiday content with either LGBTQ characters in lead or supporting roles.

Among the crop is Paramount's "Dashing In December," starring out actors Juan Pablo Di Pace and Peter Porte. While Porte has built up a resume from starring in holiday fare, it's the first time he's playing a gay character -- and both stars are thrilled to be part of the queer wave. 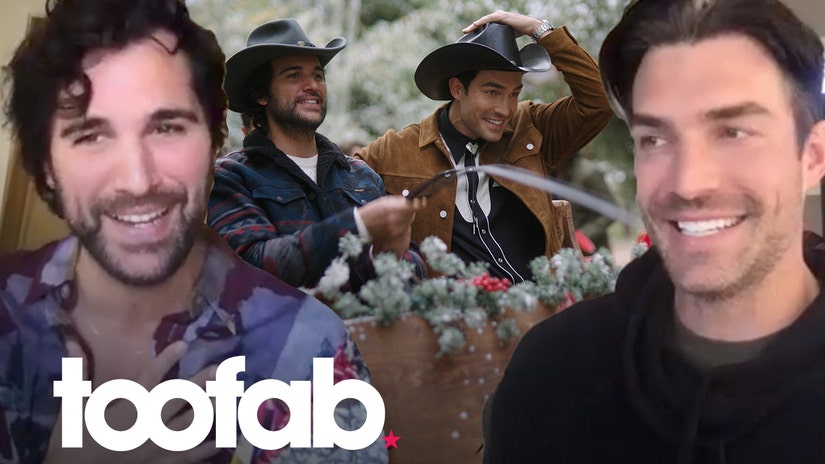 "It feels amazing. It does feel like a bit of a revolution, and it's always so good to be at the forefront of something that hasn't been done before," Di Pace told TooFab. "The other movies are delightful too. I watched them, they're so lovely and I'm really glad to be in that company and to be opening the conversation to families because this is the type of movie that will be watched at home with your mom and your dad and your grandma, and it's a normal thing to watch and it would be lovely that that's the case."

"I was shocked that I'd have any work at all this year," added Porte. "So, not only to be part of a show that we were able to accomplish during the pandemic, but also a show that is so unique and so important -- especially during this time where there's a lot of division, there's a lot of uncertainty -- I think it couldn't have come at a better time, and I'm really pleased to be part of it."

For Porte, starring in "Dashing In December" found him in a bit of a role reversal from holiday movies past.

"This is my fifth holiday movie, and I'm always paired with a beautiful blonde girl who doesn't really love Christmas and is overworked and has to return home and she meets a handsome guy, and this time I got to play the beautiful blonde girl," he said with a laugh. "And it was so much fun!"

"We love the formula of a holiday movie," he added, "[Director/writer Jake Helgren] did such a good job of giving people what they wanted and what we have come to expect in a holiday movie, while also completely turning it on its head."

Unlike a movie like "Happiest Season," which revolved around Mackenzie Davis' character coming out to her conservative family, Di Pace and Porte's characters in "Dashing In December" are out from the start of the film. Their coming out is not a source of conflict, but something they bond over as they both begin to let down their guards.

"It's a breath of fresh air," said Di Pace. "There's usually self loathing in gay-themed movies and in this one, there isn't. All the characters around them are really like rooting for them to get together and that in and of itself is so sweet. Even the town, they get to go to a saloon and dance and they're dancing side by side and it is really lovely to see. I'm pleasantly proud to be part of it."

Porte said that while a lot of queer films can include "some kind of internalized homophobia," he found it "refreshing" that wasn't the case here -- and was happy his character's "difficult" and "rich snob" persona had nothing to do with his sexuality.

"I've played straight pretty much all of my career, and it was kind of like a really nice change playing this role. I might've shed a tear," Di Pace began when asked for his stance on the issue. "The moment where him and I are dancing together and we hug, for some reason that got me because I've never seen myself do that on screen. And so, it was actually really cathartic for me as an actor to be doing that." 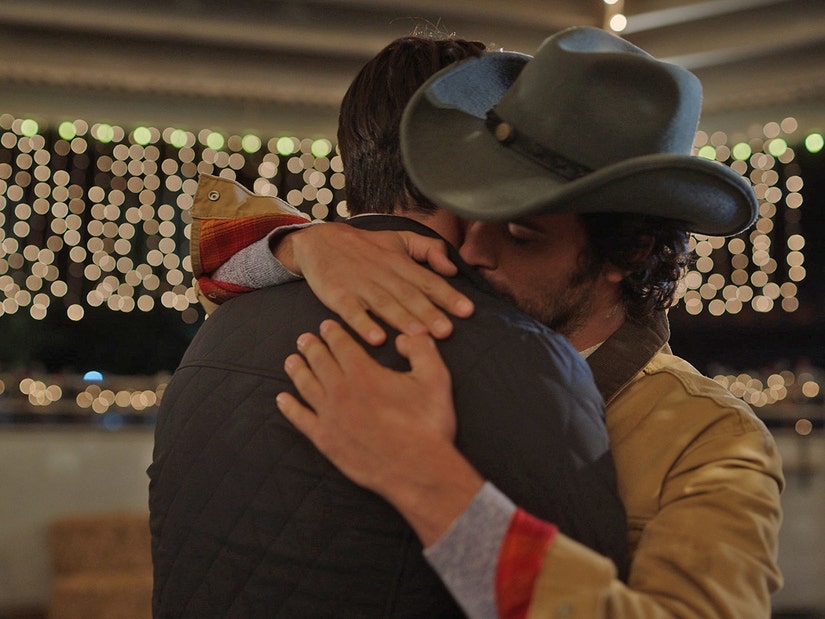 "Having said that, yes, I welcome all kinds of gay roles, whatever they may be, in my life, but I also believe that we as actors come into this job and this profession because we like experiencing other people's experiences, not just our own," he added. "So, I do believe that straight actors play gay, and gay actors play straight. I think if we start sort of narrowing down casting to exactly what you are, it just means that I'll always be able to play a Latin guy who's gay, you know what I mean?"

"I became an actor because I wanted to play someone else. I wanted to tell stories, and I wanted to fall into other lives," he explained. "I have no interest in playing myself, or being a personality, it's always been finding the weird and interesting and humanity in someone else's story. Whether that is gay, straight, a merman, whatever. That's what always attracted me to this career and I hope that no one feels pigeonholed as an actor to play one thing or another."

Check out the video above to see what the two said about taking hikes with costar Andie MacDowell during downtime on set -- and which holiday movies they find themselves coming back to year after year.