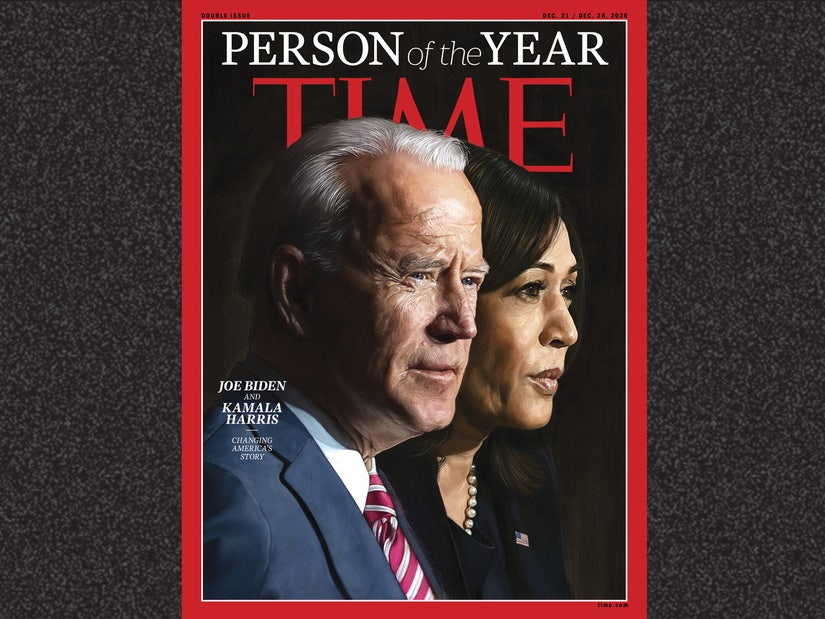 President-elect Joe Biden and Vice President-elect Kamala Harris have been named Time Magazine's Person of the Year -- and Twitter had a lot of thoughts.

On Thursday night, Time announced that the winners of the 2020 presidential election have received the annual honor, beating out finalists President Donald Trump, the Movement for Racial Justice, and Dr. Anthony Fauci and frontline health workers. (The latter of which were named Time's Guardians of the Year.) 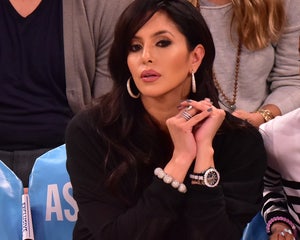 Vanessa Bryant Introduces TIME's Person Of the Year In Memoriam

While there were many Twitter users who approved of Time's pick, others were disappointed, saying they believed there were other choices that would have been a better fit, including health care workers fighting on the frontline of the coronavirus pandemic.

"The View" co-host, Meghan McCain, who publicly supported Biden during the election, said it was "disrespectful" not to have frontline workers on the cover.

Others shared similar thoughts in response to the announcement.

"How you about to snub front line workers like that?" a person wrote.

"Dr. Fauci and the frontline healthcare workers are MY person of the year!" another added.

Former "Teen Mom" star Farrah Abraham also appeared not to be a fan of Biden-Harris receiving the honor as she sent Time a series of laughing emojis.

On the other hand, many people praised and celebrated Time's decision to name Biden and Harris as Person of the Year. In fact, some even said they found the President-elect and Vice President-elect to be the obvious choice.

Like many people, Bette Midler and Yvette Nicole Brown took to the opportunity to remind Trump that he lost to Biden.

"This is so great, but it's also great to imagine #Trump gnashing his teeth while on the toilet tweeting 'It Shoulda Been ME!,' wrote Midler, while Brown tweeted, "Hey @realDonaldTrump, is this NOT you...AGAIN?! Wow, @JoeBiden and @KamalaHarris just keep beating you. You must feel like a YUGE loser!"

It really should have been frontline workers.... this is a disrespectful call to all the frontline workers who have kept our country moving and sacrificed so much this year. https://t.co/VNVzTiqsb2

Congratulations! This is so great, but it's also great to imagine #Trump gnashing his teeth while on the toilet tweeting "It Shoulda Been ME!" https://t.co/Drm0LZ6Hf4

Hey @realDonaldTrump, is this NOT you... AGAIN?!

Wow, @JoeBiden and @KamalaHarris just KEEP on beating you.

Buck up, Buckaroo! If they have an #InmateOfTheYear, you’re a shoo-in for next year. https://t.co/xvrTbHDvQj

Trump is NOT Time Person of the Year. Add that to his list of losses.

Dr. Fauci and the frontline healthcare workers are MY person of the year!

Biden and Harris are Time Person of the Year. Has #DiaperDon started screaming yet?

How you about to snub front line workers like that?