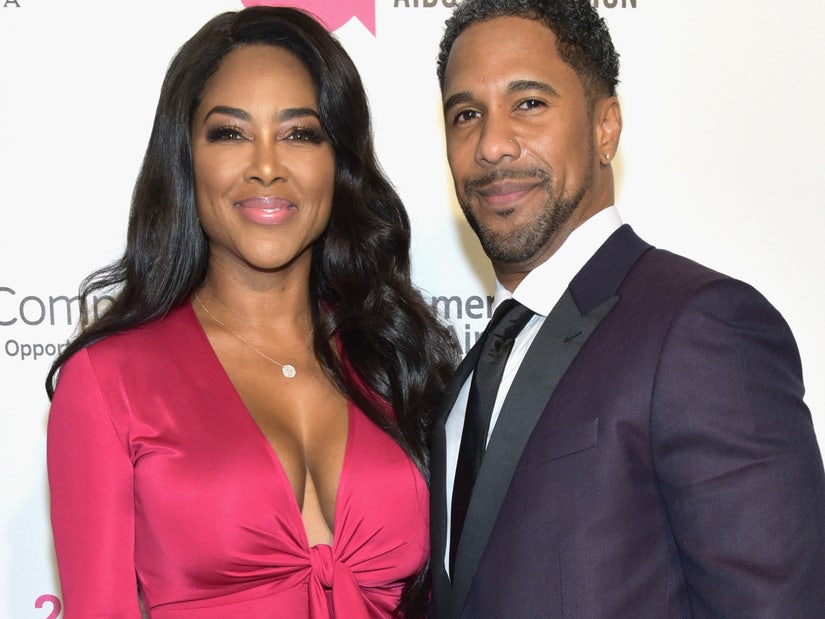 "Marc is really fighting for his marriage."

Viewers watched their marriage fall apart on Season 12 on Real Housewives of Atlanta -- but is it really over between Kenya Moore and Marc Daly?

According to Kenya, nope.

The reality star appeared on "Watch What Happens Live" on Sunday night, following the Season 13 premiere, where she was asked about the status of their relationship by a fan.

After Moore and Daly were recently photographed celebrating daughter Brooklyn's birthday together (above), the viewer wondered where the two stand now.

"I have not filed for divorce. He did file and withdrew it less than 24 hours later, so we've kind of gotten past that," Moore revealed.

"Right now, Marc is really fighting for his marriage, he wants to go to counseling, he's made appointments," she continued. "He's asking to publicly apologize to me and a lot of things that I never thought I'd see the day."

Earlier this year, after their split played out on TV, Moore said she believed that "when you're married you have to try everything to stay together."

"If you exhaust everything, you will have your answer at the end of the day," she said at the time. "Right now, yeah, if he's going to be a changed person, yes. If he's going to be the Marc that you've seen, no."

In March, viewers watched Moore open up about the nasty fight that led to their separation and said she even confronted him and the other woman when she found suspicious text messages on his phone.

During her appearance on WWHL, Moore also fired shots at Sherri Shepherd, with whom she appeared on the show in 2014. When asked who she would never want to be on the show with again, she didn't hesitate to name Shepherd.

"That was probably my worst appearance, I thought she was trying to take over the show, she was very arrogant. So, Sherri," said Kenya. "She thought she was still on The View and she didn't know she had apparently been fired."

In 2014, Sherri repeated called Kenya "Kendra," before the two went at it on social media after the appearance -- with Moore calling Shepherd "so rude and so nasty."

"I don't need twitter beef to be relevant, my talent alone handles that for me," Sherri responded at the time.

The current season of RHOA airs Sundays on Bravo.