The show's mid-season trailer teases the ceremony and JWoww's arrival.

If at first you don't succeed, try, try again.

While Angelina Pivarnick's wedding to Chris Larangeira went down in flames following the wedding toast from her "Jersey Shore" costars, the couple got a second chance to say "I Do" filming the current season of "Jersey Shore Family Vacation."

As seen in the new mid-season trailer for the MTV series, Pivarnick and her husband had a wedding re-do while filming inside the show's quarantine bubble in Las Vegas. Speaking with TooFab, Angelina confirmed the two took another walk down the aisle -- and it sounds like she had a much better time during Round 2. 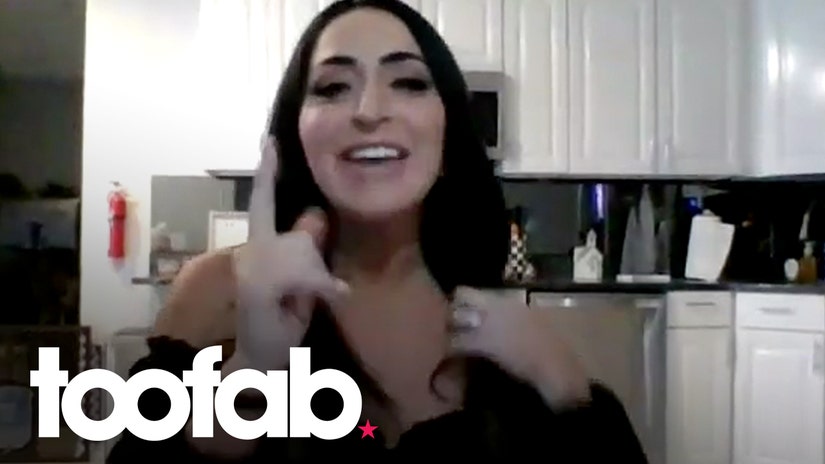 "Let me tell you something, I almost peed my pants 10 times that night," said the reality star. "Honestly, that was one of the most fun days that night that I had with the roomies in so long."

MTV took over an entire Nevada resort the film the new season amid the ongoing coronavirus pandemic. But, even without outside influences, there was no lack of drama.

"We're not drinking, going out to clubs like we always do, we didn't even need that, that's how crazy this whole season is," says Pivarnick. "I look back on it, and I'm like, this is the craziest season we've ever filmed and we were in a bubble. How's that even possible? It’s crazy."

"It was a fun, crazy, dramatic time in a bubble," she added. "The crazy dysfunctional family. Our dynamic is crazy." 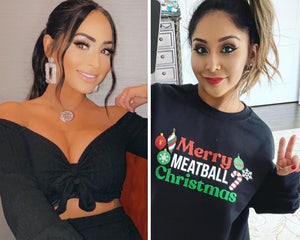 Pivarnick said she can't wait for viewers to see the rest of the season play out, after she finally arrives in Las Vegas to try and hash things out with Deena Cortese and Jenni "JWoww" Farley following the wedding fallout. It's worth noting that while the trailer confirms JWoww does make it to Sin City after a medical issue delayed her arrival, only Deena is seen in the wedding footage.

The trailer also teases the arrival of Dr. Drew to help their family feud, Jenni threatening to quit and Mike and Lauren Sorrentino announcing their pregnancy news to the rest of the cast.