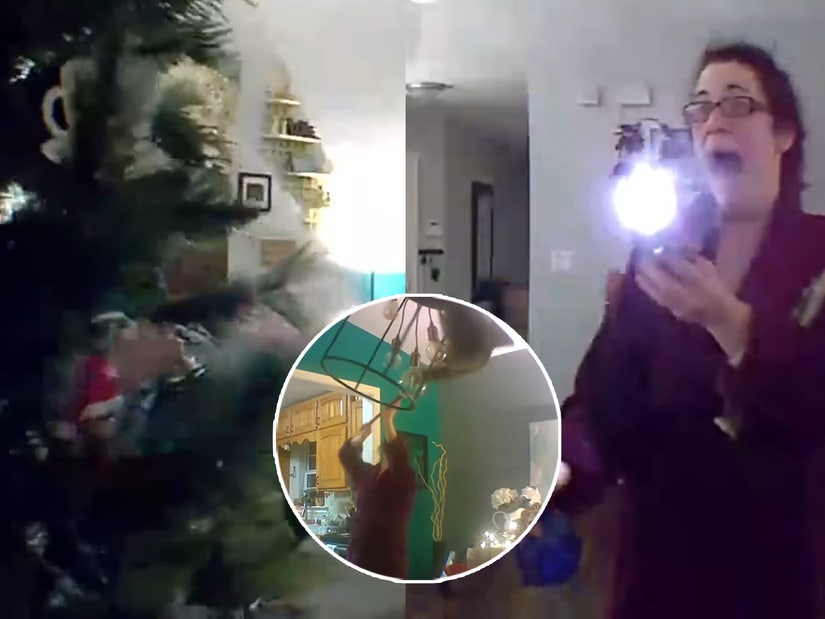 The chaotic video is straight out of National Lampoon's Christmas Vacation.

Remember that cute story of the adorable baby owl found in the Rockerfeller Christmas tree? Yeah, this isn't that.

A Florida woman got a surprise last week when she found a cat in her Christmas tree... at least, she thought it was a cat.

Aubrey Iacobelli posted the chaotic video of the moment she — and the dog she used to try scare it out — discovered it was actually a raccoon. 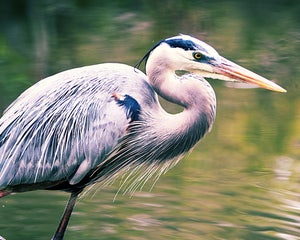 Cameras around her home recorded the absolute bedlam as she chased nature's bandit around her home, which at one stage even ended up swinging from her chandelier.

Using her cellphone, Aubrey filmed the moment she came downstairs at 4:15AM, after hearing strange noises in her living room.

"Guys there's a cat inside my Christmas tree! It's 4 in the morning... I hear a scuffle, in through the doggy door, I don't know how the heck this just happened."

With her dog staring intently at the unseen intruder, Aubrey cautiously pokes at the tree using a frying pan, while peering in at the ball of grey fur hidden within the branches.

"Get! Out of my tree! I swear if you knocked over any of my glass ornaments, cat..." she threatens, after moving the dog outside to give it a chance to escape.

A bottle of vinegar cleaning spray is then deployed, but squirt as she might, the animal is not budging... and doubts begin to creep into her mind.

Losing patience, she lets the dog back in. "I gave you a chance, animal," she warns, walking around the far side — and gets her first full look at the culprit.

In a scene straight out of Christmas Vacation, the dog takes matters into his own mouth, pulling down the tree as Aubrey screams... and it only gets more chaotic from there.

Animal squeals can be heard as the raccoon tumbles out of the tree, tangled in Christmas lights, right in front of the dog as the two begin to fight.

"I know it sounds bad... but both animals are relatively ok," Aubrey added in a caption afterward. "The dog had a few minor scratches, no bites."

Indeed it certainly didn't sound not bad, as the dog's howls can be clearly heard above the smashing glass and Aubrey's screams while she tries to jump up on furniture out of the way.

The trash panda then flees into the dining room before leaping onto the chandelier, where he holes up for the next hour.

"Five in the morning," Aubrey sighed in the next update, as she panned from the devastation in the living room to the stalemate in the dining room. "These are all the ornaments that made it.... there's my beautiful tree.... there's the raccoon... there's the dog."

It's not until 5:15 AM does the climactic battle take place, when a broom-wielding Aubrey, still in her bathrobe, manages to swat the raccoon down from the light fixture before finally chasing him out of the house.

"And that was my Thursday morning!" she concludes in the epilogue, updating that all involved were okay, and that the vet thought it was hilarious.

"Now that it's not right there in that moment, it does seem kind of funny," she admitted. "It's probably going to get funnier the further away from it I get... I hope you got a laugh!"