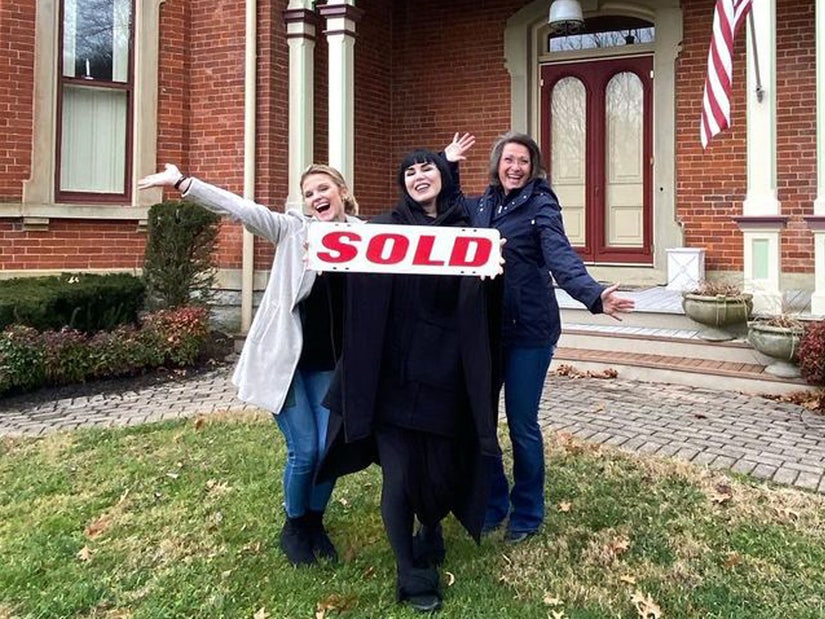 The tattoo artist comments on the "corruption" in Los Angeles, as she reveals what she plans to do with her home and shop in California.

Kat Von D is ready for a big life move.

On Thursday, the tattoo artist and former reality TV star announced she, husband Rafael Reyes of Prayers and their son Leafar just purchased a historical home in the Midwest. Sharing a photo of her holding a "SOLD" sign outside the Victorian abode, Kat wrote, "It's official! Vevay, Indiana here we come!"

Kat was immediately inundated with questions from her fans, many of whom wondered what would happen to her tattoo shop in Los Angeles and her family's current gothic home in town -- which was recently restored and renovated.

"Getting lotsa texts from friends asking if we are moving to Indiana and selling our home in Hancock Park, and if so, why," she shared on her Instagram Story.

"Definitely not ever selling our beautiful home in LA, but with all that has been taking place in California, with terrible policies, tyrannical government overreach, ridiculous taxing, amongst so many more corruption, we just felt the need to plant roots in a small town where there is nature, where my son can be free to play, and where we can eventually retire one day," she continued.

She added, "So, no, I'm not closing my shop in LA. We aren't selling our home. But will eventually be spending more time in beautiful Indiana once I finish doing some remodeling on our new historic house."

It's a time of transition for Kat, who also revealed another big change in her life earlier this week. Known for not only giving tattoos, but having a ton of her own, she revealed she actually covered up some of her own art with a black-out sleeve.

"Feels so good to finally cover up so many of the tattoos I got back when I used to drink," she captioned a post showing off her updated arm. "Those tattoos meant nothing to me but landmarks in dark times, and I’m so lucky to have the best blackout artist @hoode215 cover them up for me!"