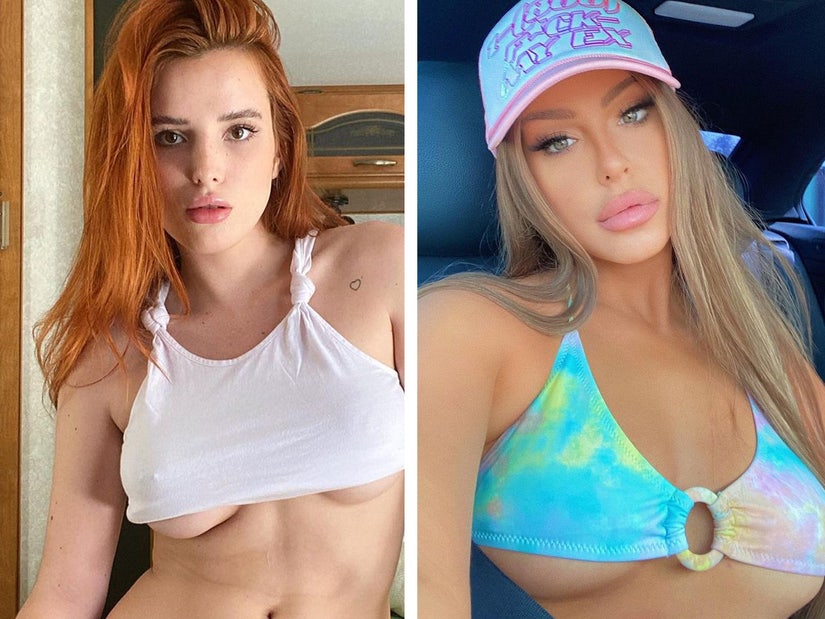 "imagine taking the time to write, direct, and fund entire song about me called stupid f**king b***h and also being bella thorne smfh."

Bella Thorne has been promoting her new song "Stupid F**king B***h" on Twitter and many people think she's shading her ex Tana Mongeau.

Thorne tweeted: "when she tries so hard to be relevant she won't stop bringing up your name for attention....... girl. can't you get your own attention stoppppppppp."

TODAY IN SHADE: Bella Thorne shades Tana Mongeau in series of tweets saying “when she tries so hard to be relevant she won’t stop bringing up your name for attention...... girl.” Tana responded saying she was in disbelief. pic.twitter.com/LM4t5SLAej

In another tweet the 23-year-old said she "wishes" she was her -- with many believing, again, it was all about Mongeau.

Tana didn't waste a second before firing back saying, "749 favorites in a day and my last tweets have more and ur worried about my relevancy? @ me next time and unfollow me while u at it.."

"imagine taking the time to write, direct, and fund entire song about me called stupid f**king b***h and also being bella thorne smfh," the YouTube star wrote on Twitter.

The 22-year-old influencer jokingly added, "i rly do be living in so many peoples heads rent fucking free man i should go furniture shopping."

Tana continued to shade Bella by retweeting fans tweets stating Tana's song "Without You," had more streams than Bella's "SFB."

I think the streams speak for themselves... pic.twitter.com/S2VCyfcpgR

Ending her Twitter rant Mongeau said, "i'm honestly done being walked on and f---ed on by shitty people and looking like the bad person. i'd rather go out exposing and swinging. let's go bitch."

Tana also posted a snippet of Bella's new song on TikTok with the caption: "i absolutely can not believe this isn't a fever dream HAHAHAHAHAHAHAH can 2020 be over i beg."

Thorne has yet to publicly say directly who the song is about or respond to Mongeau.

To listen to the full lyrics of Bella's song "Stupid F**king B***h," check out the YouTube video below: