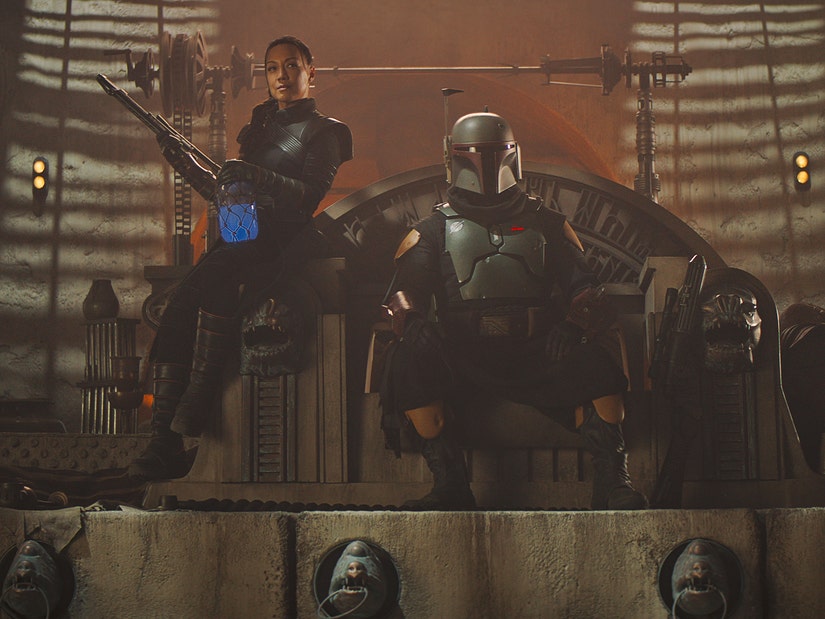 The season finale of "The Mandalorian" blew viewers away with not one, but two huge surprises over the weekend.

In addition to an amazing cameo from a "Star Wars" legend -- more on that in a minute -- the episode also ended with a post-credits scene featuring Temuera Morrison's Boba Fett and Ming-Na Wen's Fennic Shand. In it, the two took back Fett's palace from Bib Fortuna, before a title card announced a new spinoff show called "The Book of Boba Fett."

The Book of Boba Fett, a new Original Series, starring Temuera Morrison and Ming-Na Wen and executive produced by Jon Favreau, Dave Filoni and Robert Rodriguez, set within the timeline of The Mandalorian, is coming to @DisneyPlus Dec. 2021. pic.twitter.com/YT2zbLufI8

Appearing on "Good Morning America" Monday morning, "Mandalorian" creator Jon Favreau revealed a few new details about the show -- which is being produced by Favreau, Dave Filoni and Robert Rodriguez.

"We wanted to hold this back, because we didn't want to spoil the surprise during the big Disney announcement of all these shows when Kathleen Kennedy was up there," said Favreau, referring to Disney's headline-making investors call earlier this month.

"They let me keep this one a secret. This is actually separate from The Mandalorian Season 3," he continued. "Kathy said, 'the next chapter' and that's gonna be 'The Book of Boba Fett,' and then we go into production right after that on Season 3 of 'The Mandalorian,' back with the main character that we all have known and loved."

FULL INTERVIEW: #TheMandalorian creator @Jon_Favreau show talks about the surprise scene after the credits of the show and what it means. https://t.co/H7U6vv1p9z

He said they're currently in production on 'Boba Fett,' which will be out December 2021. As Disney+ is working on "Fett" first, it's likely the show will also drop on the streamer before the third season of "Mandalorian," meaning we may not get any Din Djarin or Baby Yoda/Grogu next year.

In addition to those two shows, Disney+ is also working on two additional "Mando" spinoffs "Rangers of the New Republic" and "Ahsoka" -- and a number of other "Star Wars"-centric shows you can read more about here.

All three will take place right after "Return of the Jedi" and fit into the "Mandalorian" timeline. 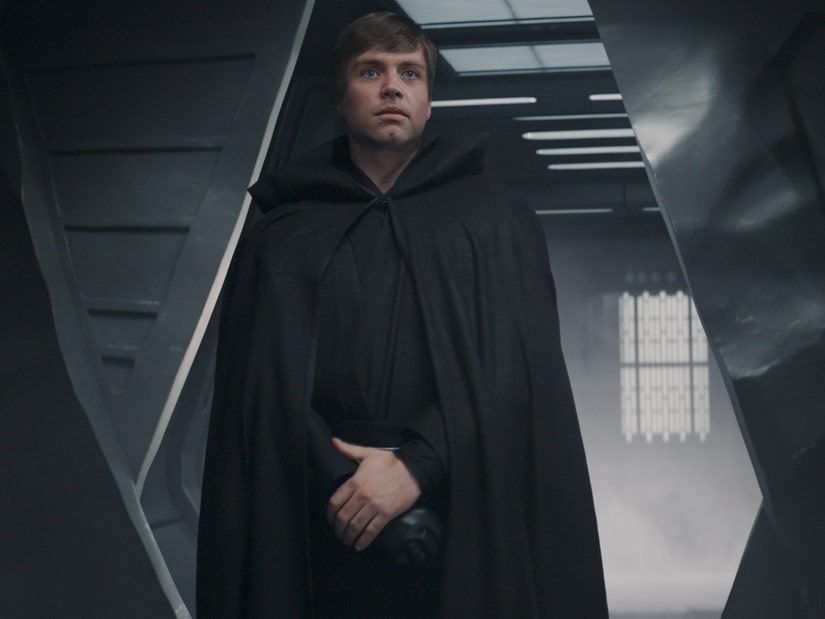 Favreau also talked about the other big surprise from the finale: the appearance of a young Luke Skywalker.

As this show takes place just a few years after "Return of the Jedi," Mark Hamill's Jedi master appeared with the help of some CGI to single-handedly take out a ship full of Dark Troopers after answering Grogu's call. The little green guy reluctantly went with Luke and R2-D2 for further training and, hopefully, protection after saying goodbye to an unmasked Mando.

"It was very tricky," Favreau said of keeping Luke's appearance under wraps. "It's very hard to keep a secret nowadays, especially with 'Star Wars' because people are so curious about it and there are so many people involved with the process."

"Every piece of casting leaked and we were so scared right up until it aired that our surprise cameo was going to leak too," he added, before confirming Hamill was on set filming with them, "using whatever technology available to de-age him and have him look as much like he did in the old films."

Season 2 of "The Mandalorian" is streaming now on Disney+.