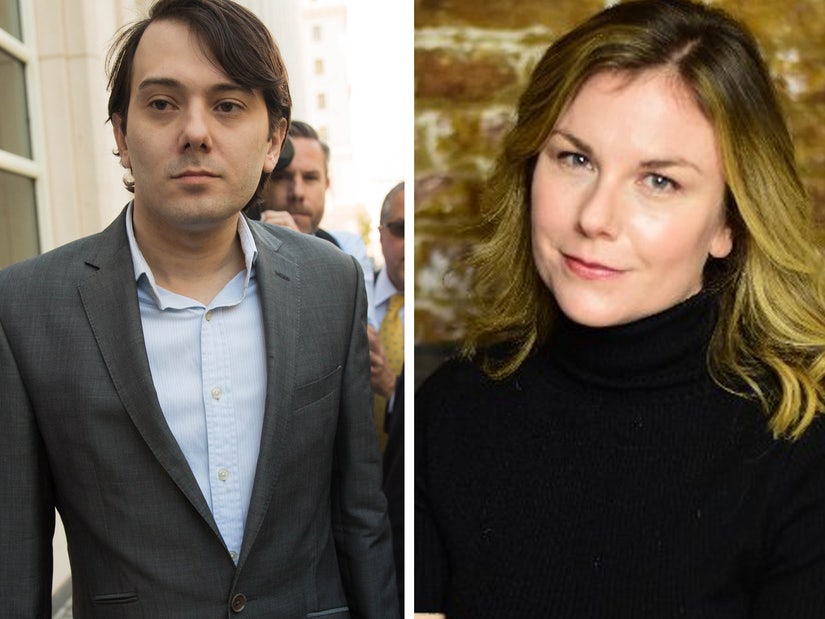 She sold the movie rights, and frankly — we can't wait.

The woman who left her career and husband for "Pharma Bro" Martin Shkreli — only to be ghosted by him while he's in prison — is telling her fascinating story.

Christie Smythe opened up to Elle about her bizarre tale of love which as many people on Twitter pointed out, is pretty much the Harley Quinn origin story.

Shkreli's smirking face infamously became one of the internet's most hated in 2015 when he obtained the license for a potentially life saving drug and increased the price from $13.50 to $750 per pill; his popularity didn't increase much when he bought the one and only copy of the Wu Tang Clan album "Once Upon A Time In Shaolin" for $2million. 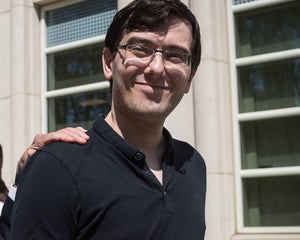 Is Martin Shkreli Trying to Use COVID-19 as a Bargaining Chip to Get Out of Prison?

When Shkreli was charged with securities fraud in 2017, Smythe — who had first broken the story that he was under investigation two years earlier, but before he had earned his infamy — was charged with covering the court case for Bloomberg.

After pleading not guilty and posting $5million bail, Shkreli reached out to the reporter to give his side of the story — off the record — and immediately Smythe said she saw through the bad boy persona.

"You could see his earnestness," she said. "It just didn't match this idea of a fraudster."

She described how Shkreli continued to "toy" with her, offering her on-the-record interviews but then giving them to competitors, until he finally agreed to meet her in a wine bar near his home in New York, where he said he'd consider letting her write a feature on him — but then continued the game of cat and mouse in the months that followed.

During that time, Smythe even wrote a paper during her journalism fellowship on Shkreli "describing how manipulative he was to reporters"; her professor told her she should write a book on him, but warned her against being sucked in herself, telling her: "You're going to ruin your life.'

"Maybe I was being charmed by a master manipulator," Smythe admitted to Elle, but insisted that at the time she felt like she could maintain control.

She began spending time with Shkreli to research the book, attending speeches he gave and drinks afterward, sitting with his supporters in court, admitting at one stage "It almost felt like I was a political wife."

She began defending him publicly, and even her husband warned he was just using her, and that she was risking her journalistic reputation; she accused him of trying to micromanage her career, and the argument led to them scheduling couples' counselling. 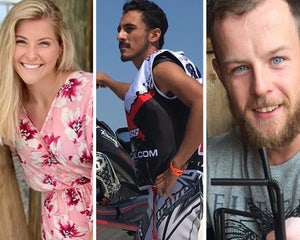 "These are incremental decisions, where you're, like, slowly boiling yourself to death in the bathtub," Smythe told Elle of her increasing association.

In September 2017, Shkreli's bail was revoked when he offered his online followers $5,000 for a strand of Hillary Clinton's hair, which was perceived as a threat, and he was jailed.

Smythe admitted she realized something more than a journalist-source relationship might be developing when she immediately called his friends to ensure he had his medication and that his cat was taken care of before filing her story for Bloomberg; indeed her editors told Elle that had they been aware of this, they would have taken her off the assignment.

"I still was in denial about it, but this really hit me hard," she said of his imprisonment.

She pressed to visit him in jail and he agreed to a November date... the same date as her first counselling session with her husband. Neither of the couple would reschedule, so she met with Shkreli first, and ended up arriving 52-minutes late for the hour long therapy appointment.

The moment she realized she could no longer cover the Shkreli saga for Bloomberg came when the prosecutors' sentencing submission argued he wasn't genuinely remorseful, citing emails sent from prison to "Individual-1" claiming he would do "everything and anything to get the lowest sentence possible" — "Individual-1" being Smythe herself.

"I knew I was a part of the story at that point," she said, and alerted her editors, who took her off the case.

The judge meanwhile sentenced Shkreli to seven years in prison, his lawyer later claiming the emails to "Individual-1" added two years to it, which Smythe admitted feeling sick about to this day.

She said she fell into an advocate role for him, to a point where she was called to a meeting with her editor and HR rep and told her behavior was biased and unprofessional; she immediately tendered her resignation and they accepted it.

Meanwhile at home, fights over Shkreli — whom she'd been visiting for months — and her now uncertain work future ramped up, leading talk of a divorce into reality.

"I'm not going to say it was wrong for him to be concerned," Smythe admitted of her now-ex.

She continued visiting him in prison, where he told her he was considering running for office or starting a podcast when he got out.

"That belief in himself, although it may seem delusional at times, it draws you in," she gushed. "I don't know if everything he was saying was true, but maybe like 1 percent is, and that's awesome on its own."

They shared their first kiss the day she told him she loved him, in the prison visitors' room, which she remembered at the time smelled like chicken wings.

From here, they began discussing their future together; worried she would be too old to have children when he got out, he suggested freezing her eggs — so she did.

When Shkreli appealed for release because of Covid danger inside prison, she wrote a letter affirming their relationship, and proposing he live with her.

But according to Smythe, the relationship abruptly halted when Shkreli found out about the Elle article.

He stopped replying to her emails and will not call her. She believes it's because he's worried about fallout over the article.

When the author told Smythe she would have to reach out to Shkreli in prison for comment,  Smythe hopefully replied: "Maybe this will be a reason for him to reach out to me."

But Shkreli merely sent back a statement which read: "Mr. Shkreli wishes Ms. Smythe the best of luck in her future endeavors".

Nevertheless Smythe — who has never slept with Shkreli, only has one photo of them together and hasn't seen him for more than a year — said she will wait for him.

While Smythe has not been able to sell her book to publishers — she claims because they want a more caustic version than she is willing to write — she has since sold the movie rights.

I realize it's hard for many people to accept that 1. Martin is not a psychopath, and 2. a woman can choose to do something with her life (which does not affect you) that you in no way approve of. But that's OK.

Thank you again to @ELLEmagazine for letting me tell my crazy tale. It takes bravery, too, to publish it. It still amazes me HOW HARD it is to get a story as messy and complicated as this to see the light of day. But it's out now. At least that's done. 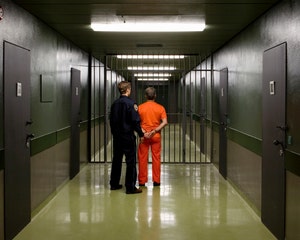