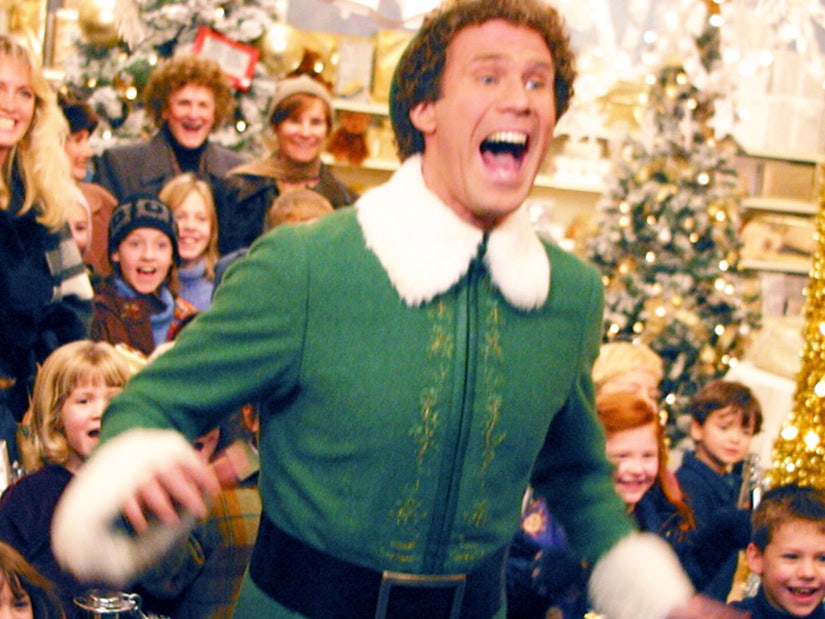 These movies will please both the adults and kids in your life!

When it comes time to sit down to watch a flick during the holidays, finding one that the entire family will enjoy can be a difficult task! With so many movies made just for kids or just for adults, it's hard to please the whole bunch.

But thankfully, there are tons of Christmas films that spread the holiday spirit while keeping viewers of all ages engaged. These lighthearted flicks all have a youthful twist (that's tolerable for the adults in the household!) and will keep the fam laughing. Plus, quite a few of these flicks are sure to provide a burst of nostalgia for the older members of the family.

Here are 16 movies the whole family can watch this season...

Musical "Jingle Jangle" follows legendary toymaker Jeronicus Jangle whose life was changed when one of his most prized creations was stolen by his trusted apprentice. It's now up to his equally bright and inventive granddaughter - and a long-forgotten invention - to heal old wounds and reawaken the magic within.

Christmas classic "Elf" is beloved by fans of all generations. The film follows Buddy, a human who was accidentally transported to the North Pole as an infant and was raised by Santa's elves. When Buddy is old enough, he heads to New York to find his real dad and chaos ensues.

Make sure the family tunes into the classic stop motion version of "Rudolph the Red-Nosed Reindeer" from 1964. The story follows the young reindeer with the glowing nose who ends up saving Christmas when he guides Santa's sleigh through a snowstorm.

Another classic animated film to entertain the family, "A Charlie Brown Christmas" brings the Peanuts gang to life during the holiday season. In the special, Charlie Brown tries to teach his friends the true meaning of Christmas during their school’s annual holiday pageant.

Watch it on Apple TV+.

5. "The Nutcracker and the Four Realms"

"The Nutcracker and the Four Realms" puts a new spin on beloved ballet. When young Clara is transported to a strange and mysterious parallel world, she meets a soldier, a group of mice and the regents who preside over three realms. Clara must team up with the soldier to enter the fourth realm to restore harmony to the land.

Each year, Santa delivers presents to every child on Earth thanks to his high-tech operation in the North Pole. When one child is accidentally missed, it's up to Santa's son Arthur to deliver a gift to the forgotten child before Christmas morning and save the day.

In the third installment of "National Lampoon's Vacation," Clark Griswold wants his family to have the perfect holiday. Despite trying to get the decorations, tree, and festivities in order, things quickly go awry when Clark loses his holiday bonus and his cousin and his family unexpectedly show up.

Perfect for a family with teens, "Let It Snow" follows a group of high school students who are brought together when a snowstorm hits their small midwestern town on Christmas Eve. Their friendships and love lives collide, leaving nothing the same by Christmas morning.

In the first film of the "Christmas Prince" trilogy, an aspiring young journalist is sent abroad to get the scoop on a dashing prince who's set to be king.

In animated flick "Klaus," a failing postman academy student gets sent to a frozen town in the North, which he discovers is where Santa Claus has been hiding out. Their friendship melts an age-old feud and delivers a sleigh full of holiday traditions.

Kris Kringle's daughter Noelle is full of Christmas spirit and wishes she could do something "important" for her family like her brother Nick who will take over for their father this year. Meanwhile, Nick is failing miserably during his Santa training sessions. When Nick is on the verge of a breakdown, Noelle suggests he take a short break but things take a turn when he doesn't return.

The Plaza Hotel's youngest resident, six-year-old Eloise, interferes with the Christmas time wedding of the hotel owner's daughter. When Eloise decides she's marrying for the wrong reasons, she tries her hand at matchmaking.

If you're a dog family, check out "Santa Paws," which follows Santa and his new best friend, Paws, as they take a trip to New York City to restore the spirit of the season. When Santa loses his memory, it's up to Paws, a faithful orphan named Quinn, her new friend Will and a wonderful group of magical talking dogs to save St. Nick.

"The Christmas Chronicles" follows two teens who discover Santa Claus in their home and jump into his sleigh for a ride on Christmas night. When the sleigh malfunctions and crashes, the Christmas presents are lost. As Christmas morning approaches, it is up to the children and Santa to save Christmas by delivering all presents.

15. "How The Grinch Stole Christmas"

There's many adaptations of Dr. Seuss' "How The Grinch Stole Christmas" but check out the live-action film, starring Jim Carrey. The reclusive green Grinch is set on destroying Christmas for Whoville, however, he finds a hitch in his plans when he encounters the endearing Cindy Lou Who.

As a twist on the classic tale of Cinderella, "Christmas Wish" follows an aspiring singer who is stalled on her path to success by her stepmother and two wicked stepsisters. When she starts working at a job to help her dreams come true, she starts to fall for the handsome new Santa.